Need Some help with FakeAOIII and passing tutorial

Here is tutorial. There are step where author use FakeAOIII node from http://bwide.wordpress.com/node-groups/bwide-nodepack-for-blender/ to help find edges on object. I try many times but i cant recieve same result that he have in Step 3 - “Edge Scratches”. Author in coments dont say anythin that can help with it.

May be some one can try thru this tutorial and can say what I do wrong (my result for step 3 on picture)? 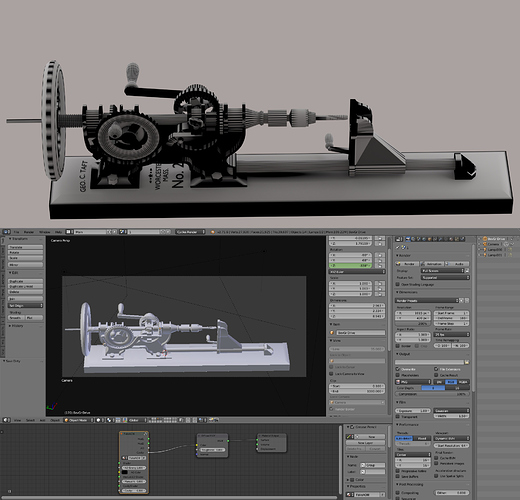 If you look closely at the video (at 2:24) you can clearly see that the author does not use the exact same model you can download from Blendswap. It’s a retopologized version of that model with a Subdivision Surface modifier. The FakeAOIII node group kind of relies on that, i.e. it won’t detect any edges in the Blendswap model.

Here’s a simplified setup to showcase the effect: 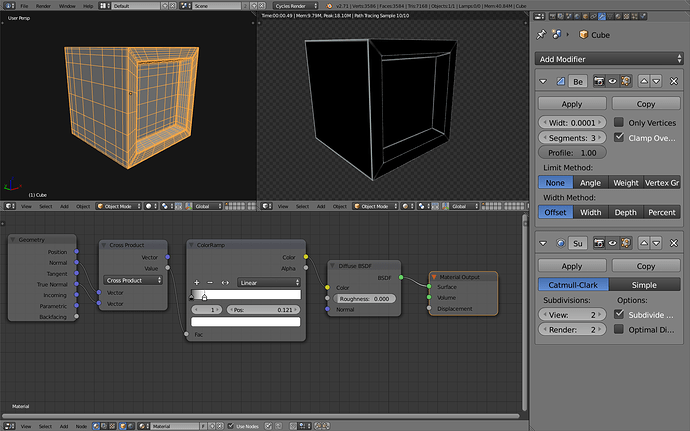 See how the shader “detects” where there are several tight edges near the plane changes. The topology of the original model doesn’t have that, thus you don’t get any results.