Hello.
I’m trying to mimic the lighting / shading in this image:
http://newipadwalls.com/brushed-metal-apple-logo-retina-ipad-wallpaper-hd.php
I just mean the lighting, not the radial texture.
Here the .blend file:
http://www.fileswap.com/dl/ntDSSSR7B0/

The first problem I have is that as you can see: 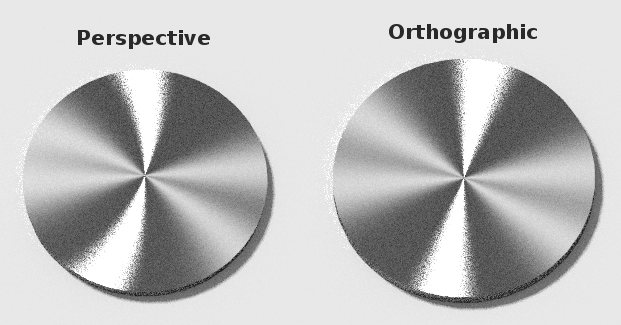 if the camera is in perspective then lines appear curved depending on the angles of the view.
If I render with camera in Orthographic then the lines are straight. But I need to render whith perspective camera. How I can get straight lines in perspective?

The other issue is that as you can see in that shadow that I have marked with the red arrow here: 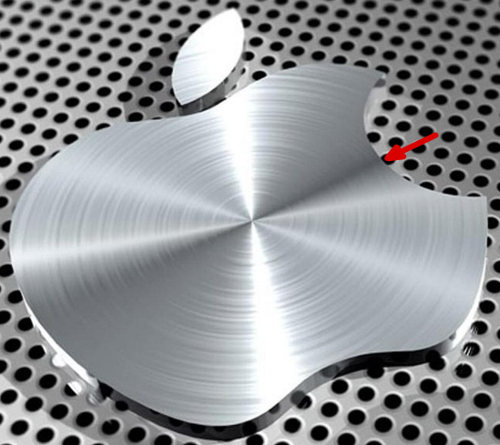 this seems to be darker than the ambient lighting/world. I have not been able to get that. I was thinking that to achieve that dark band I could add an additional Anisotropic BSDF there, and then invert/negative it to that band appears shading instead of lit. I mean, my real question is, Is it possible to invert a “Shader” for what should appear as illuminated appear as shading, and vice versa?
I do not know if that would be enough, because I need that band is darker than the ambient light.
(I hope this last thing I said was understood, because I do not know how to explain better)

I have noticed this too but it apparently does not bother others (or they know how to fix it). Anyway the best advice I can offer you is that rotations of 0 0.5 and 1.0 with an aniso value greater than 0 will give you what you want, but maybe not here you want it. Or you could just use a procedural bump texture. Or both.

Here is a little blend file that might - just maybe - work as a stopgap. I admit completely that it is NOT physically accurate at all, so I don’t need to be told that!

Thank you very much DruBan! The effect of straight and dark bands you get with your example is exactly what I wanted. It is a good example to learn how to fake an Anisotropic Shading.

Anyway now I’m left wondering if it is possible in Cycles get a negative/invert Anisotropic Shader (or any other Shader), and I would like to know how to get it if possible.

Regarding whether it is physically accurate, before I forgot to clarify that I did not criticize those curves. These curves occur in the real world according to the angles!. But you know, not everything should be like in reality, and in this case I like more how looks your example :yes: