Hello everyone, and welcome to the Nephilim: Extraterrestrial Biological Hybrid Entity reveal thread.

Nephilim is a first person survival horror experience, designed to be a modern take on the classic survival horror mechanics. Such mechanics as resource management, exploration, back-tracking, and puzzle-solving. The story of the game itself is left to the player themselves to discover in notes scattered around the environments.

Nephilim takes place in a desolate town, disconnected from main in-land roads. Escaped Government E.T. experiments now run rampant all over this area. The main game consists of three main large Mansion Estates, each full of puzzles, some of which require back-tracking to prior Estates. Each Mansion is spread out to the far corners of the town. The rest of the town is fully explorable, full of secrets and side quests.

There is an entity, that is different from the E.T. experiments, who appears and stalks the player constantly throughout the game. This entity is known as The Nephilim. Damaging it can slow it down and buy the player time, but enough damage can cause it to transform to more deadly states.

Here is a list of features, most of which are already implemented into the game:

We are currently in the process of finishing up a demo of Nephilim. It features a reworked version of the first visit to one of the Mansion Estates. The demo is also fully randomization and has several secrets of its own. We hope to have this done as soon as possible, and will post it on here.

For now we are keeping the appearance of The Nephilim, himself, a secret.:eyebrowlift:

Thanks to to those who read through our massive wall of text.

The following is the reveal trailer for Nephilim.

Edit: We forgot to mention a feature before. When enemies in the game grab onto you, sometimes they can cause you to drop your currently held weapon. It will stay where it fell until you pick it up again.

Nice, I just hope that you can tell if an enemy is invincible or not.

Thanks, enemies who don’t take damage do not show reaction to attacks and are physically different in appearance than other enemies.

It’s great, it has those little details, like the bite closeup, that shows great care. You should spend a couple more polygons on the models and add details to their textures, the game definitely deserves it. Nice job.

@pgi: Thank you! When we first began development we weren’t getting the performance that we desired, so we started making models with performance in mind. As we progressed, we have managed to drastically improve performance. So we most certainly can increase the polygon count and detail on several models. But we will still want to keep them low enough so we can have them flood on screen, and still have the game run at 60 fps on a wide range of computers.

We thought we would share a little bit of our concept art with you guys. These were drawn back in April, when we first started early development. 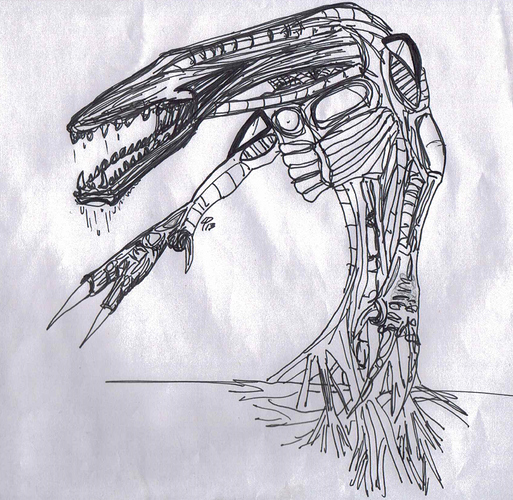 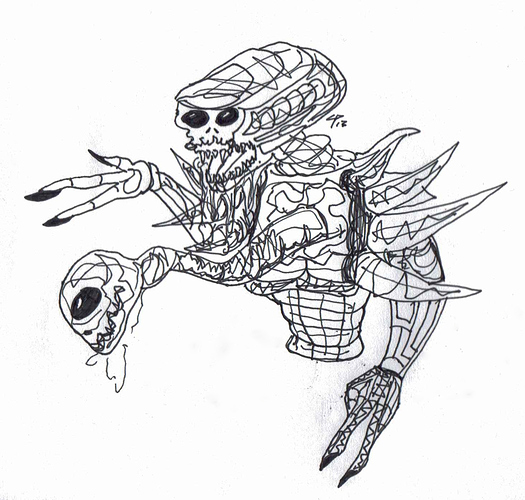 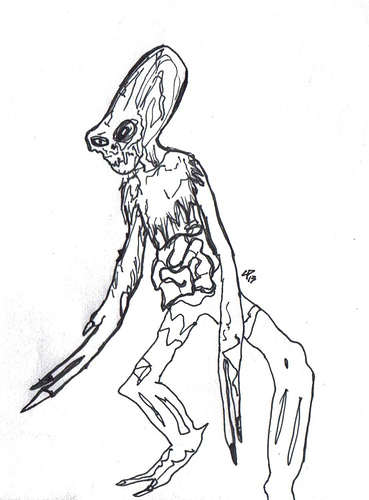 Nice work, reminds me of morrowind when you were outside,

a little more detail and this is 5Star

Enemies could use some more detail and scariness…

If you need some help…

I can do scary inhuman pretty easy…

it’s realistic human that is not so easy…

@cerfribar: Thanks, actually its a reptilian and insectoid hyrbid haha

@BluePrintRandom Thank you. We actually have a bunch of enemy character models right now, we’re just not ready to show a lot of them off yet.

We have taken your guys advice and have started updating character models with extra details and polygons. Here we have the improved greypod enemy, which was focused on in the trailer: 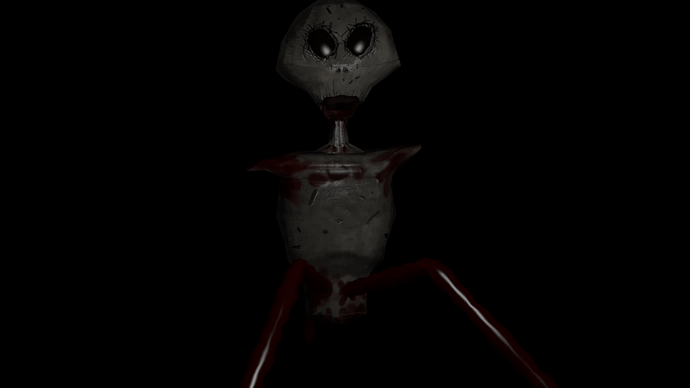 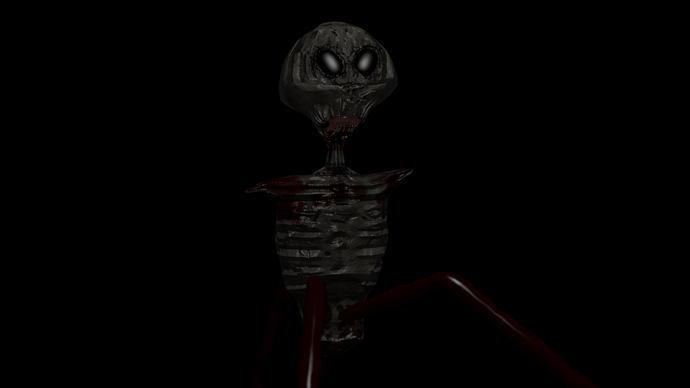 Another enemy we have updated: 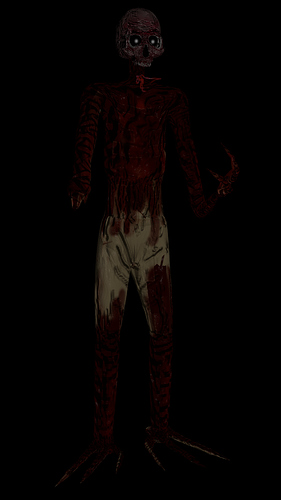 Bonehead, a mutated human infected with a weaponized virus. The virus contains segments of grey and insectoid extraterrestrial DNA.

Hello everyone. We have made some major improvements to Nephilim E.B.H.E. These improvements include revamped lighting systems, controls, enemies (models, textures and animations), and more.

We are waiting to release the demo due to the improvements we have made.

We are also very proud to announce that the game will support Linux and Mac platforms.

Here are some more features in the game that we haven’t talked about or fully explained:

Below is gameplay footage from the Demo. It is one of many random paths that can be generated (all item placement, including those in containers, are completely random). There are still a few small bugs present in the video, which we apologize for.

Edit: We just realized for some reason the video has no sound, and are working on fixing it. We apologize for the inconvenience and to those who have already watched it

Edit 2: Sound is fixed. But a youtube edit filter was accidentally applied and was published without us noticing. So we’re gonna re-upload the video again, which may take a while. So we are leaving this one up, but it is not how it is intended to look.

Edit 3: Everything is fixed. 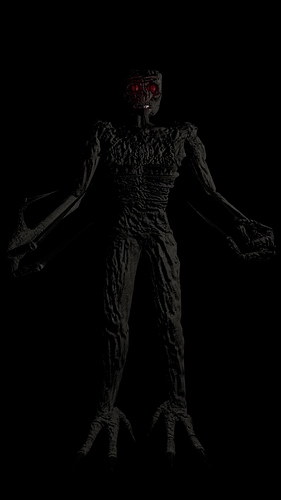 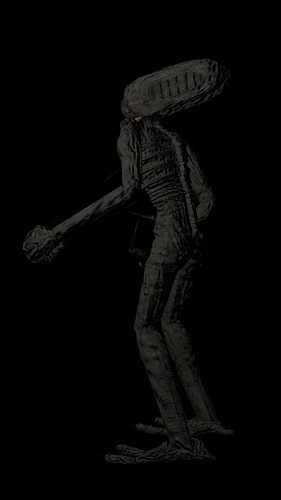 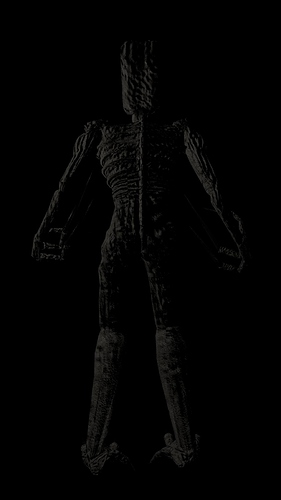 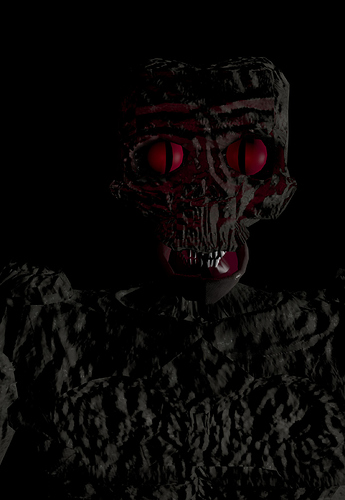 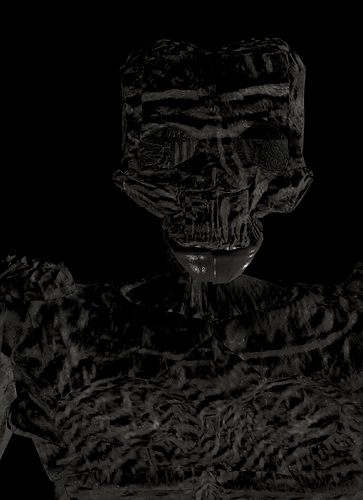 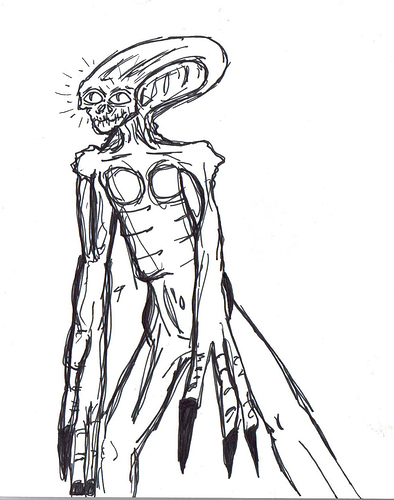 We made several updates to various enemies, this video shows the updates made to the Greypod enemy. The video also teases a new area and new enemy.

Here is a wire-frame screenshot of our current working enemies (on highest graphics setting). We will be showing more of these off soon.

This video shows off our new improved outside systems and the gun jamming system. The possibility of gun jamming increases with more shots fired; gun cleaning kits undo this effect.

The new outside system allows us to do much larger scenes, and more polygons on screen and higher ground texture resolutions. Before, all our building interiors were in separate scenes than the outsides. Now all building interiors are in the same scene as their exteriors (expect for extremely large buildings).

Burrower (Spiked Bonehead)
This enemy is created from the same family class as the bonehead enemy. He lives underground and uses the vibrations given off by those walking above ground to hunt. 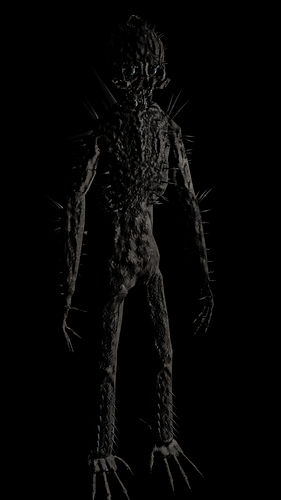 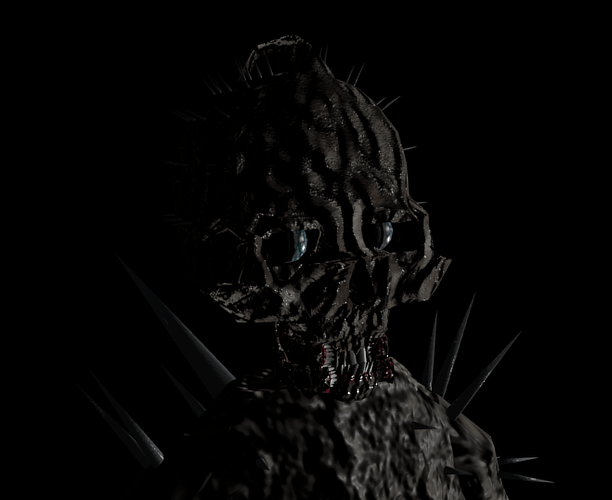 Vomiter
This enemy is also in the same class as the Bonehead and Burrower. It vomits acid onto its arms and attacks the player with it. 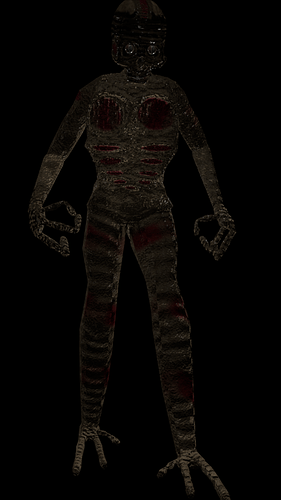 Along with our new outside system, we have implemented a Day and Night cycle. The game time is twice the speed of realtime (so if you play for an hour, the game will advance two hours). At the end of the game players will be able to see how many days, hours, minutes, and seconds (in game) that it took them to beat it, along with a ranking and a total playtime.

With the Day and Night cycle, we have also started to implement weather. Weather will behave dynamically, meaning that storms will fluctuate rain density and length depend on magnitude of the storm (which will slowly decrease over time). 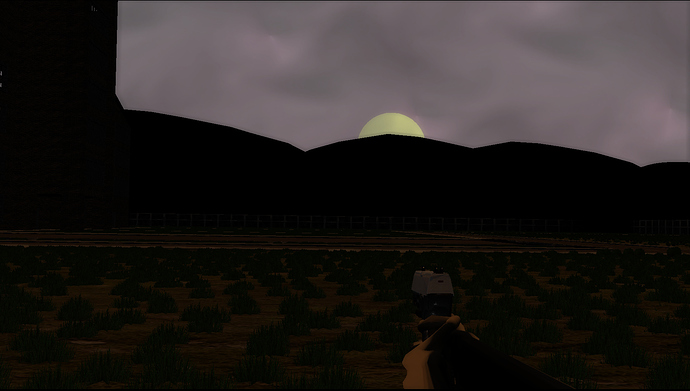 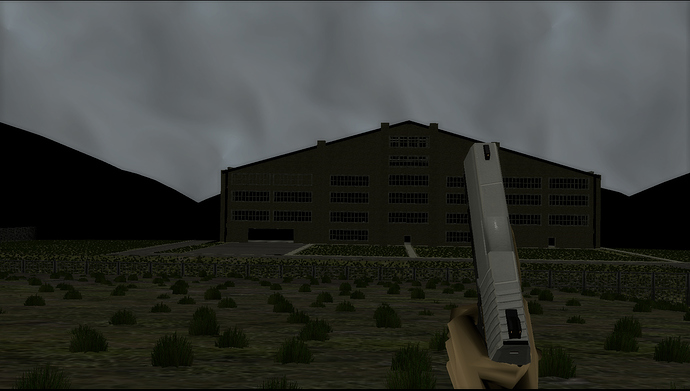 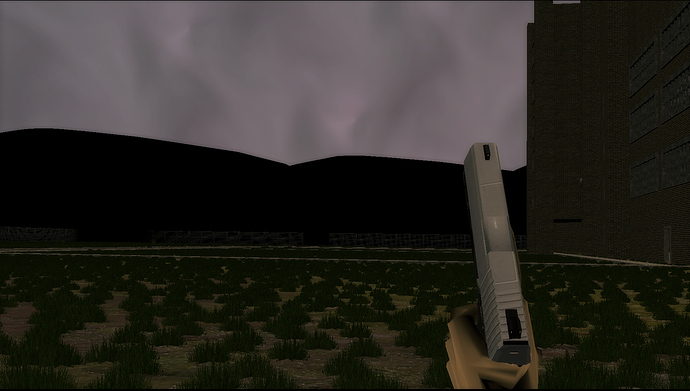 The clouds seen on the horizon are separate from the Skydome. They rotate, fade in and fade out depending on time of day and weather conditions.

Vermis Head:
This enemy is actually several enemies which form together into a larger one. It splits into separate pieces, and will reform even when some are killed. 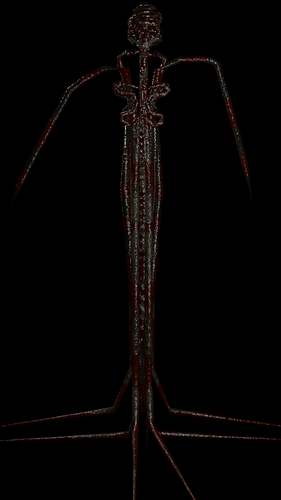 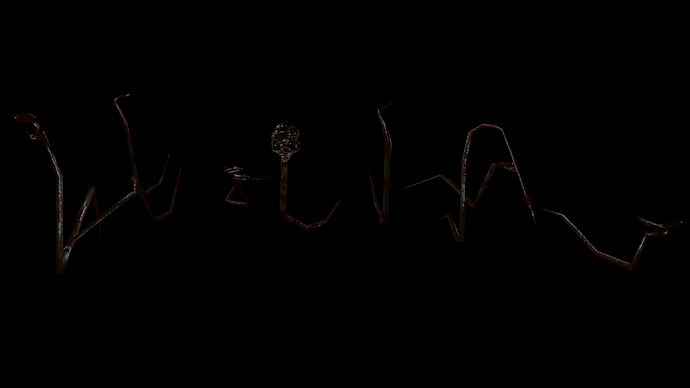 The old Bonehead just wasn’t up to par, so we updated him again. 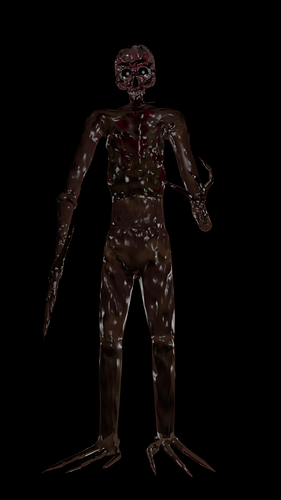 Something else we haven’t mentioned is that most enemies feature head tracking.

@InvertedPyramid as name and your avatar is an inverted pyramid with an eye in top.it’s a freemason symbol. I don’t like it.

@InvertedPyramid as name and your avatar is an inverted pyramid with an eye in top.it’s a freemason symbol. I don’t like it.

The symbol which you are referencing is the pyramid with an “illuminated eye” above it (which can be found on the back of the United States 1 dollar bill).

Which is why we have it inverted.

Edit: Oh, and its also an esoteric symbol which predates the freemansons, by the way.

This enemy is the final result of the Bonehead families line of research. 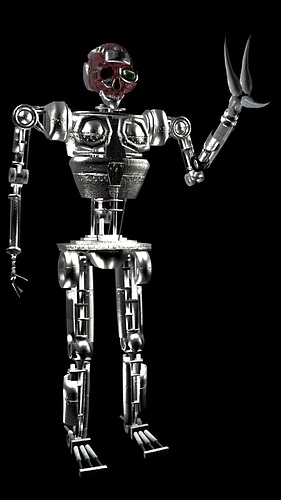 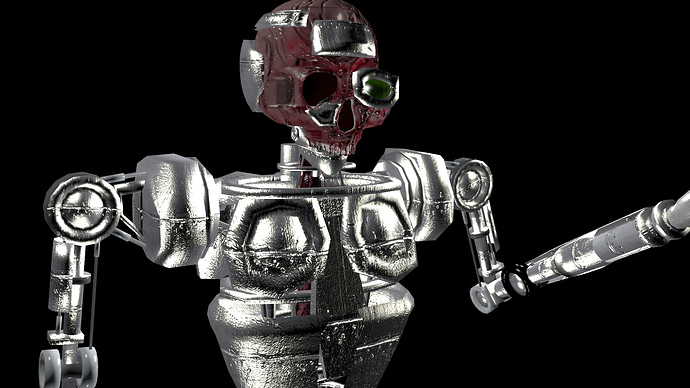 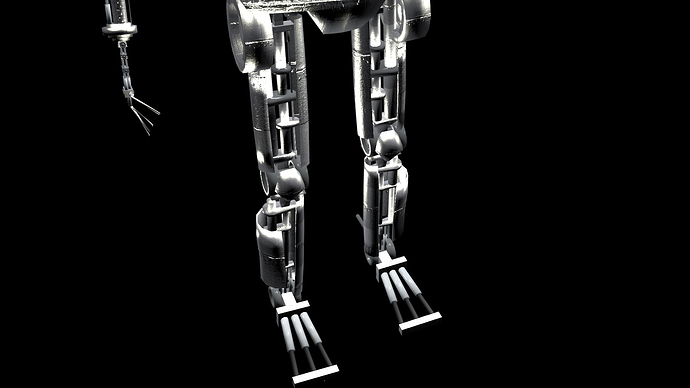