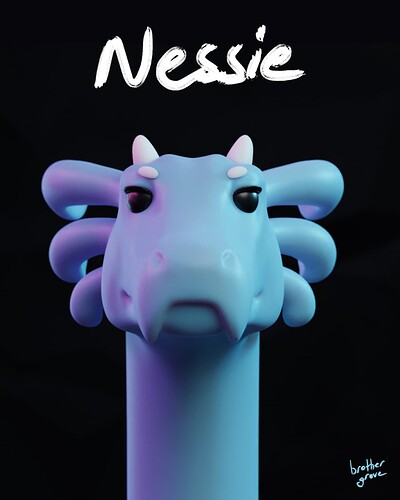 Sometimes a project starts with a weird idea somewhere in an area of ‘wouldn’t it be cool if…?’. This one is definitely not an exception.

First thought came to me while going through well-known donut tutorial sometime ago. The brain literally went “oooh, what if we put the donut into the coffee cup, but it is not actually a donut, but a loch ness monster with a sky blue body of a glazed donut who eats licorice candy… and then I can add little sprinkle people fishing and one guy should be running away with someone else’s catch…” (I swear I wasn’t stoned).

Well… Here you have it: 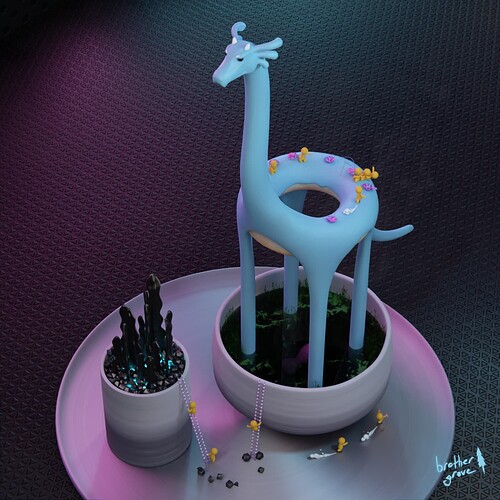 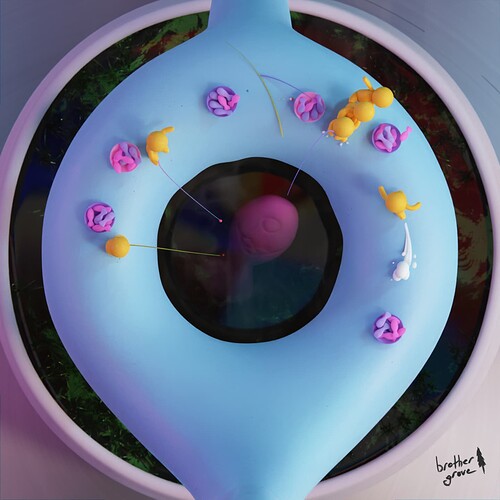 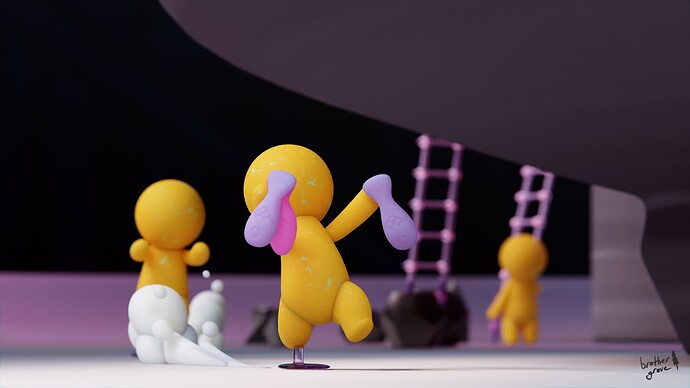 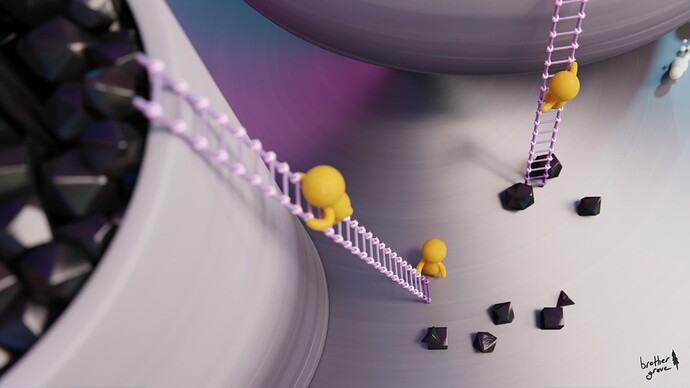 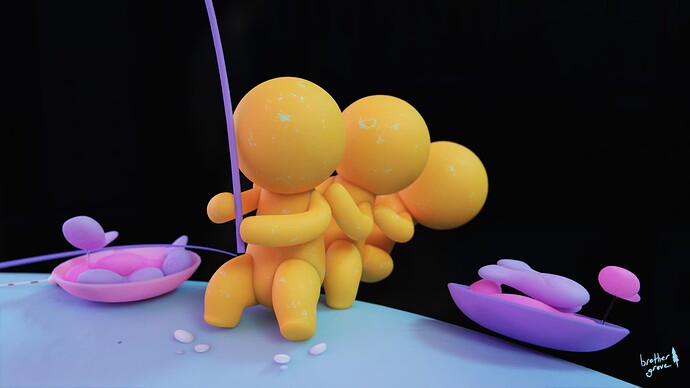 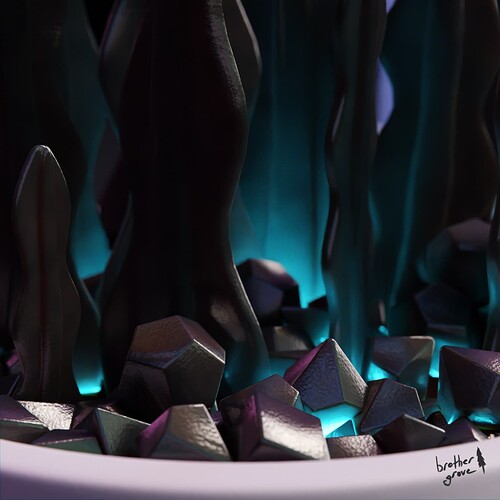 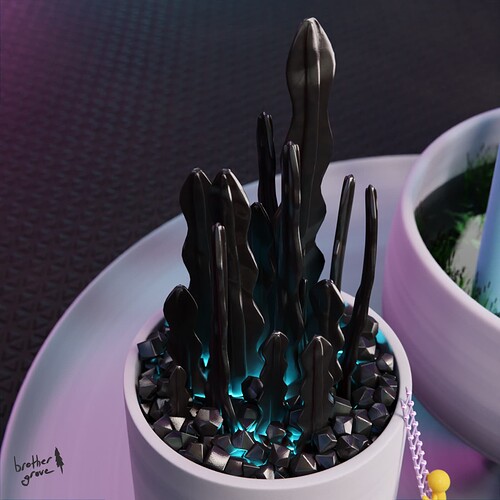 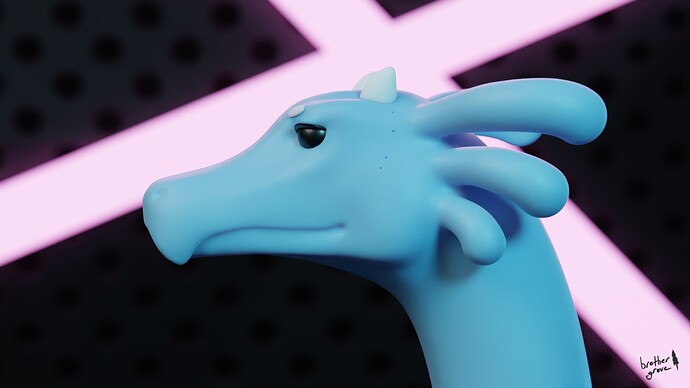 Each part was equally challenging and exciting as some of them I’ve tried for the first time (I’m looking at you rig-with-twisted-knees and you too, too-small-to-calculate-collision).

Below you may find description of some parts of the process and ‘in progress’ screenshots with design sheets. 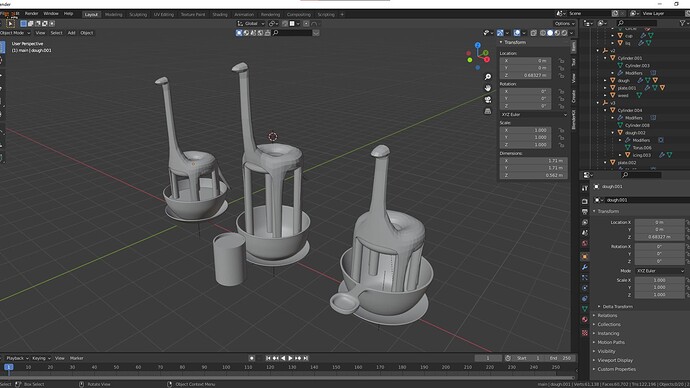 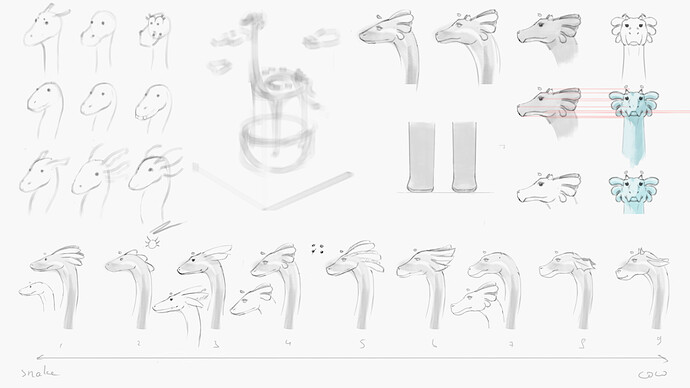 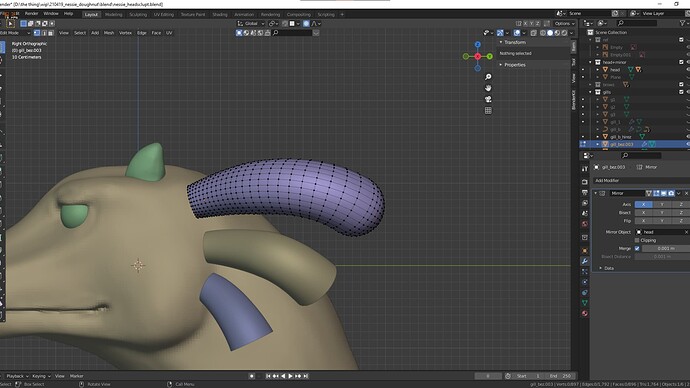 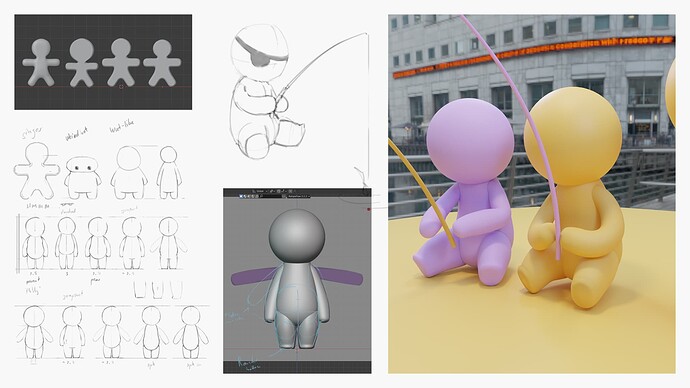 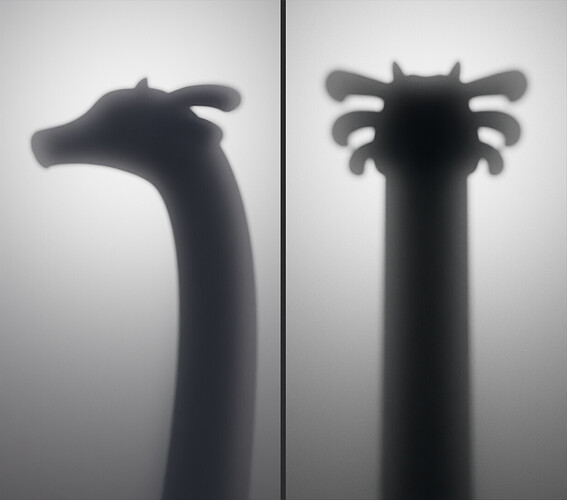 Of course the project wasn’t without it’s issues and I’ve noticed one peculiar only recently. 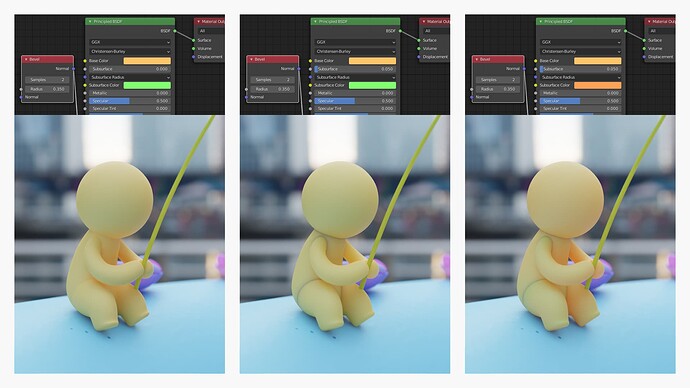 Subsurface scattering disables ‘blend’ modifier and causes weird discoloration near mesh intersection points. It doens’t seem like a bug, but I’m not sure. Maybe you folks know more about it.

This project allowed me to learn a lot of processes and try out workflows and techniques of which I’ve only heared before. It’s amazing what you can do with one software package and I’m looking forward to trying out Blender 3.0 with updated cycles soon.

Any feedback is appreciated!