Hey, everyone who happened to stumble upon!

I am developing another short film (previous ones can be seen here) and this time I decided to share some of work in progress stuff in one thread rather than creating numerous scattered posts.
It’s not really a strict production diary and I’m not going to reveal every detail about project but I will try to post more or less regularly and hopefully someone will find it interesting!

Alright, let’s do quick synopsis.
Short will be called Netopyr which is an old-fashioned name of “bat” in russian. It revolves around an armored truck and its driver whose responsibility is to deliver kvass barrel (popular eastern european brew) through a wasteland. Of course, other inhabitants also want that cargo because of those delicious worms living on a bottom of a barrel. Now, don’t be surprised. Back in a days there were numerous urban legends about creatures like worms, rats, roaches living on a bottom of barrels when kvass was sold on streets of ex-ussr contries. 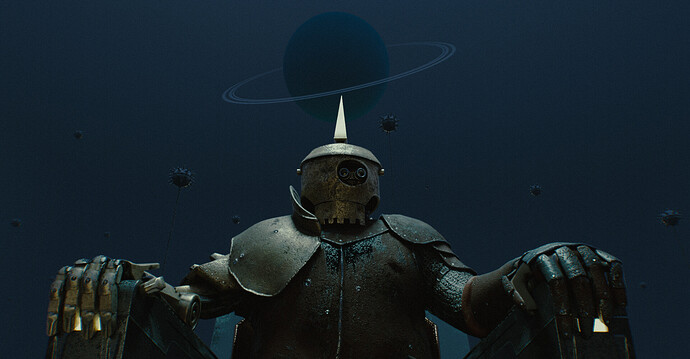 netopyr1920×1000 399 KB
So, environment is obviously pretty hostile and deformed after a strange war which caused a lot of transformations both with terrain and living things. No wonder that delivery trucks are fast and armored as there are a lot of land pirates trying to snitch any resources they can. And main plot revolves around one of such episodes.

I will not describe the actual plot for now, but I will share assets and some visual development of a short here.

Let’s start with inspiration. For several months I was brewingin my head some interesting ideas and concepts mostly based on my recent obsession with a WW1, paintings of such people as Mike Franchina, Mikhail Borulko, Simon Stalenhag and movies like Mad Max, Annihilation, Children of Men, The book of Eli etc. Based on these inspirations I started to gather lore and its habitants.

Board with some of the environment reference images. 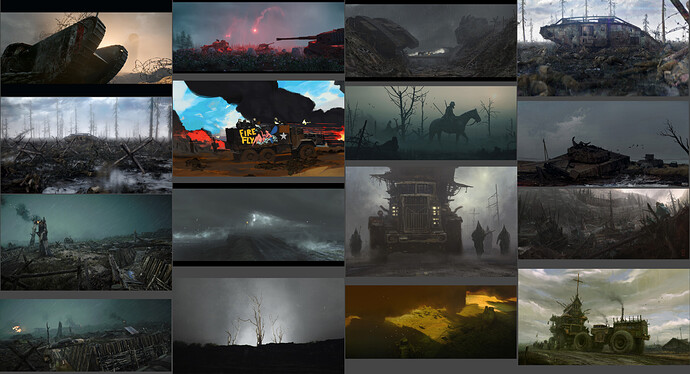 Eventually, I settled with a grimm dark world with numerous remnants of a long but almost forgotten war inhabited by strange creatures scavanging scarse resources around area. But, there is an oasis area where grows a giant fungus tree (tree of souls in Avatar anyone?) which needs such nutrients as kvass.

I will share some more sneak peeks on lore and environment a bit later. Now, it’s time to show some of the assets I already created for a film.

First one, will be armored car of a main hero called “Netopyr”. 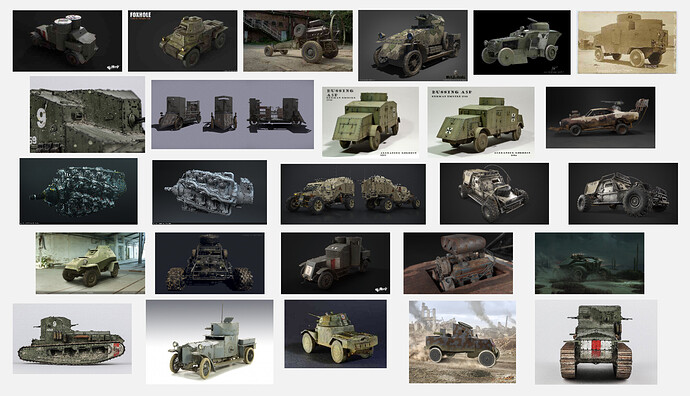 As a delivery type transportation it has to be fast, maneuverable and lightly armored. Its look is mainly inspired by WW1 era vehicles combined with buggy type suspension. 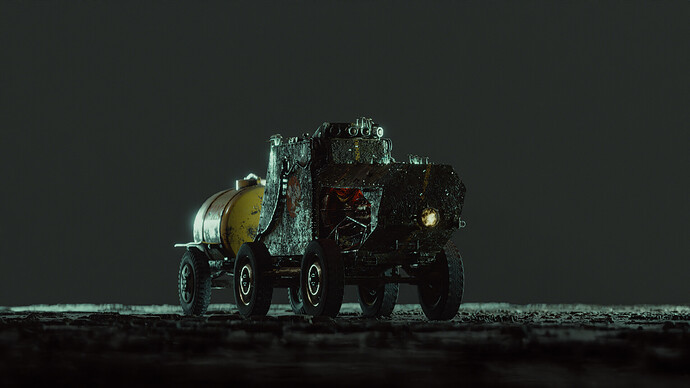 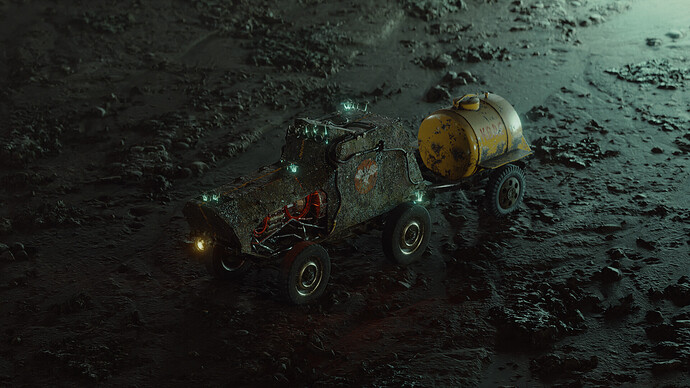 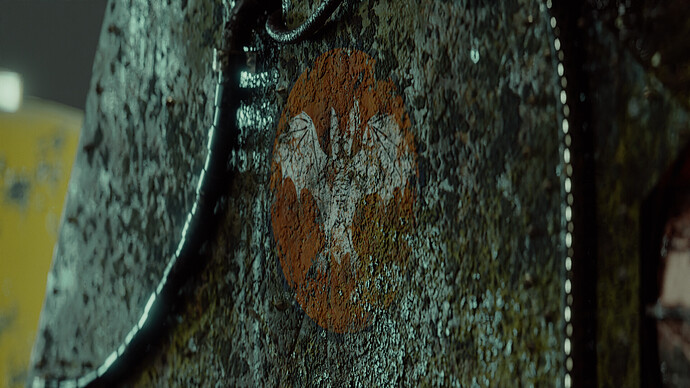 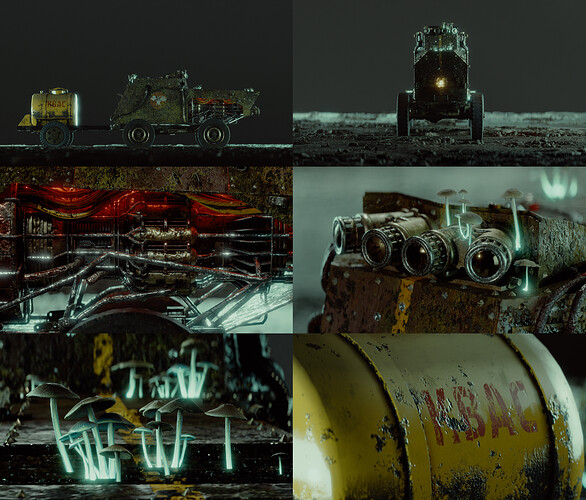 Netopyr is a specialized night expedition vehicle and for better orientation it utilizes night vision goggles. Also, due to a hazardous environment it’s covered with toxic fungus and mushrooms. Vehicle is modelled, rigged and rendered in Blender. Textured in Substance Painter.

Next stop was to make a rig and test suspension

It’s important to understand that even though I am moderately satisfied with current result it’s always a matter of change in future.

I think, it’s enough for today but there will be more soon. If you have any questions or ideas or critics feel free to post it here. Also, you may check my instagram and twitter where I will post more regularly with less text. But, if you are one of those weirdos who like to read stay here!

Yesterday completed first enemy character even though I scheduled to make all vehicles first. It seems like I was just a bit tired of hard surface and wanted to create a humanoid character instead. Also I was itchy to test new addon human generator which worked perfect for such occasion. Got to say it produces quite decent results!

After creating a base body I made some tweaks with mesh, added blue “african” inspired paint on torso and finalized with neat cyberpunkish accesories and sweatpants. 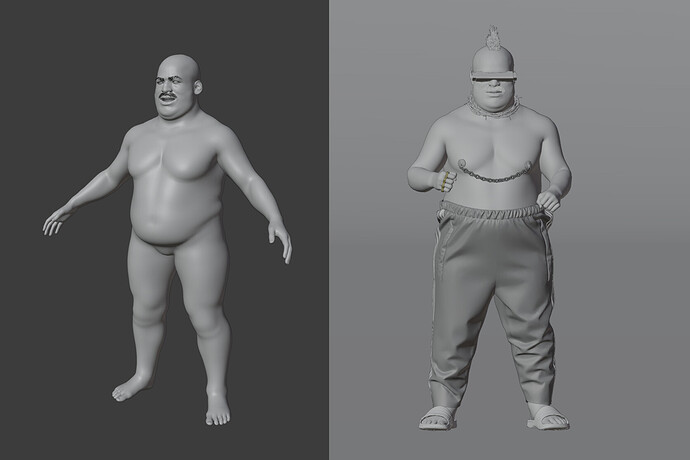 Every character is always a matter of change during production but I am quite satisfied with how fast it turned to create this model! 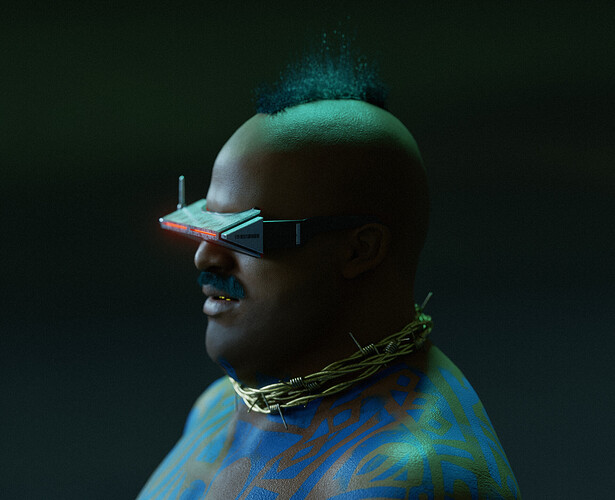 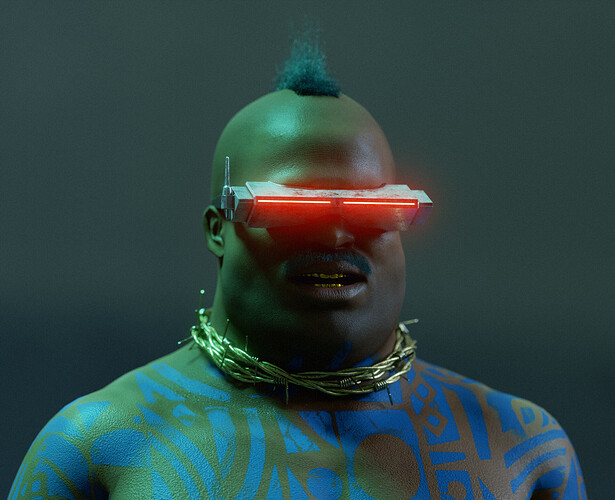 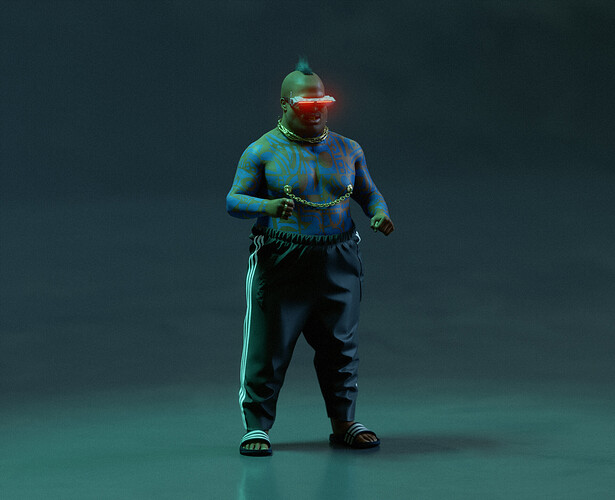 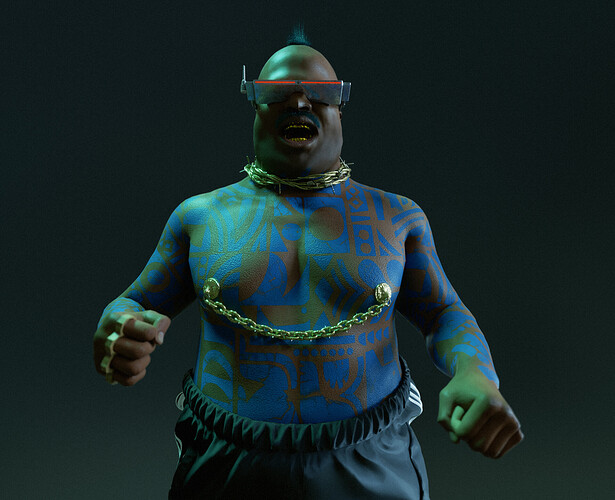 I think it’s time to show a main hero character.
He was actually the first model I did as a proof of concept. It’s usually a great indicator if projects “clicks”, because if you get fatigued while making your hero asset than it’s going to be even worse in future. Luckily, I had a lot of fun making it. 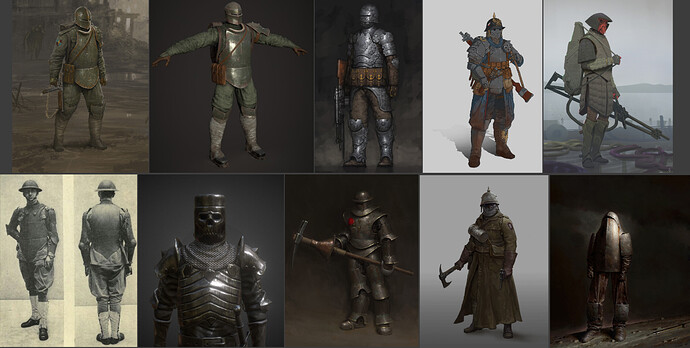 My main goals were to somehow combine knight with a ww1 storm trooper with a steam punk nod to it. Even though it’s not an entirely unique concept I tried to make him interesting and different enough from what I’ve seen in the internet.

Initially Netopyr (main hero) was completely brown looking pretty close to reference images but eventually I decided to make some distinguishing features and turned his helmet, shoulderpad and mechanical arm into brass which made him appear more interesting in my opinion.

Next step was to rig and make test walk cycle for a character. Couldn’t resist to make a little presentation of it. Quickly gathered little scene which render in eevee. Interestingly I almost never use eevee except for some quick volume renders but in this scene it did a fairly good job I must say.

Even though I am pretty happy with the result it doesn’t mean that it’s 100% finished character. Some things are a matter of change of course.

Rendered turntable of a “fat raider” guy. Also, almost finished modelling of his vehicle, so hopefully it will be ready somewhere during next week!