Blender Internal on Quad Core still 6 hours of rendering time due to the hundreds of lamps.
Some defocus and color correction (very minor though) with nodes.

I consider it finished because i probably won’t post modifications here. There are still areas that need improvement (all the knobs are at 0, facing the same direction…)

Please, i’ll use that image (or another closely relative) for my brothers’ studio. It is therefore copyrighted to CONTREPOINT S.A.R.L.

What do you think ? 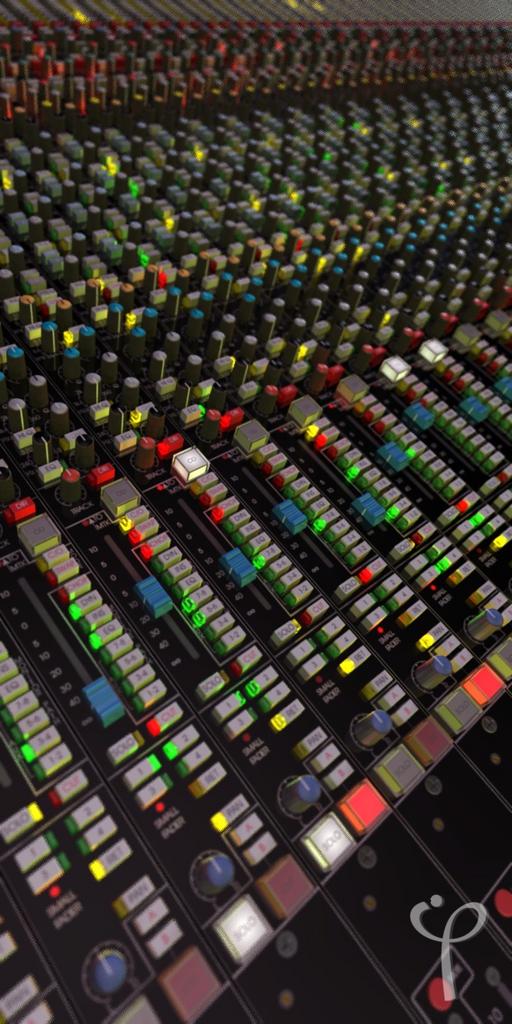 that looks awesome! no crits

Mmmm maybe i forced the DOF slightly…
And the jpeg doesn’t do it justice !
I shall post a better variant latter…
Thanks blubernuget !

I’m not sure i dig the blur, but other than that, that looks really detailed. Maybe some shots from in between those little nooks?

Very nice though I think it’s abit messy, if you understand what I mean. Maybe you shouldn’t have so many knobs in the picture, try some other angles. But I guess it all depends on how your prother will use the picture.

Very cool. DOF might be slightly overdone, but nice nevertheless

@ Sammaron: yes the DoF is a bit over the top, you are right. I 've redone it now.
@Shump: well… we don’t know yet how to use the model. We might end up with a very different angle indeed. I’ve chosen this one because it shows the many sections of this outstanding console. It really is an incredible sea of knobs !
Thanks Yoeri !

I 've changed the DoF and realised that uploading the file as jpg to Blenderartists.org damaged the quality to much !

So i join a nother render this time a png. (careful: 1MB file)
It should be a finer grain.

I don’t have time to post wires or another render now: maybe tomorrow…
Thanks for commenting !

Thanks. I join another picture with fewer buttons.