I would like to get a team together to work on an idea I have had for a WW2 game.

The main differences to this game then most other FPS WW2 games is that the objective is to Kill the opposing Commander inside fortified base, (Commander is AI and Will not leave the base) The Base will be guarded with AI Turrets which a player can control at any point in the game.

The other main differences is that you can call in any type of ground vehicle at any time as long as you have Strategic points. ( Only gained from completing objective not by killing!)

The game will run in the Unreal Game Engine and full destructible building will be needed.

Dedicated servers will be used due to a 64 player size

Any question feel free to ask

Hello Hunter!
To get people’s attention, you have to display some kind of progress on your game. I realize that you don’t want to waste your time on a project that no one will help with, but people like to see you working on your project before they do. :yes:

What? It has only been A day you need to wait some time

Project is restarted due to some response!

Just to get the ball rolling I have been working on a high poly model for a Tiger 1.
While I was making this the idea for this game hit me. 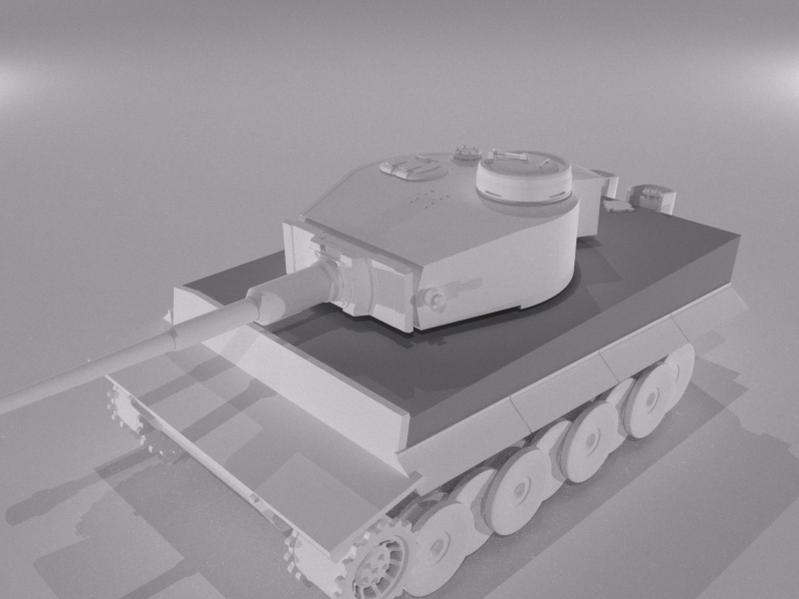 So what would your role in the game development be? I presume you would be chief designer and modeler?
You could also make a post on GameDev.net in the “Help Wanted” forum to get more people.

Yes I would be chief designer and modeler also I am good at map designs so I will also do that.

The Game has been in development for a couple of days now and I have been working on a high poly model of the Tiger 1 Tank for the game, I also have another member who has just joined but (USA and UK time but in)

Sets place the year 1944 aka WW2.
Multilayer only no campaign.

Deciding on retail or freeware.

Compensation:
Depending on success

Like to use UDK engine but licences is very expensive anyother options would be great.
Any modelling program of your choice and texturing just make shore you can get it in the game engine.

I worked on a while ago http://warhounds.ucoz.com/

The main differences which make this game different to other WW2 FPS is that each team has a base with a AI Commander.
1.Base. The base is heavily defended by turrets and fixed machine guns, these can be taken control of any time by a player. To weaken the defensive of the base by capturing objectives will lower the number of turrets around the base and will also lower the defences around the AI commander.
2.AI commander? Yes their is an AI commander, No he does not tell you what to do. Really he does nothing just walks around a room.
3.Objective of the game. The objective of the game is to kill the AI commander by weakening defensive by destroying walls or turrets and capturing objectives.
4.OBXP, Objective XP is what I love, you capture a weapons factory and you get OBXP these can be spent at your base to call in a tank, jeep or weapons and many more.
5.At the start of the game each team starts with 500 OBXP to either buy 1 vehicle it will cost 500 OBXP. Also they will start with a number of troop transporters with a mounted machine gun.
6.Destruction A MUST! I wont every building and ground to have full destructibility to the best possible!

7.Customization, Lots of it, for your tanks,guns and YOU! and Levelling
8.Player count 64!

If you’re still doing this I’d be willing to help out with modelling and level design but as for AI commander and turrets, save yourself the trouble and just stick the commander with a pistol and radio and let a human take control so commander can buy tanks and fortifications. People have fun doing that kind of thing. Then its kind of like an advanced VIP from counter strike right?

Tip: When creating this game you want to make sure everyone is using same programs. This will decreases the stress on importing.

Example:
Sketch Up Pro > Blender(3ds Max) > Unity 3d(or what game engine you use)

UPDATED: while I’m still thinking make sure all the people in your team are fully qualified and if one is not all programs usually have a tutorial on how to work the program

For quick learning.
For example if some one had never used lighting and no one else knew how(in blender):
http://www.blender.org/education-help/tutorials/light/