ok, i’ve been browsing the blender.org forums and have noticed the new material nodes…and i wonder silently to myself:

what the heck are these ?

multiple materials on one mesh(in an even more complex way than now) ?

i feel dumb for asking…but hey, if i can get a small explanation…and maybe we can post some tests of this new feature to…

Yeah, the new node based shader setup is really cool. You need it for the multiple material option that is forthcoming to aid in layering properly, etc.

It is very similar to ones used in Maya and Max,(AFAIK), but with much easier to follow links.

As for examples, I beleive it is only available in the Orange branch currently. So you may not see anything recent with it. Though I am sure that @ndy’s “Moonman” and the promo pic for Orange had this multiple material setup. Not sure if it used the nodes though.

that is super cool!

i love the maya materials, and blender could really use the complex materials like that.

even more power to blender. yay.

any links to maya/MAX’s stuff that might give me a preview of whats to come ?

sorry to be a pain

With a node based material system you have more control.It depends on the implementation,but it’s a visual way to make shaders.In xsi/maya is very powerful because there are several (basic) node that get togheter can do most of the shaders tricks needed for every day productions.
Currently in Blender the system is in a very early stage of development but it’s really promising…
Bye

so, creating new shaders and such ? but they will be procedural ?

You basically drag nodes from one material to the other to affect the attributes of the final shaders look.

See in this example image here:

Hope that helps a bit

definetly ! i will check this out a bit more and possibly ask some more questions soon :]

BgDM: I once used a program like that, but i forget the name. it wasn’t shader builder.

does anyone know what im talking about?

More control… it’s all about more control and more possibilities

A small example: you can’t do this using normal Blender materials:

some screenshots by Ton 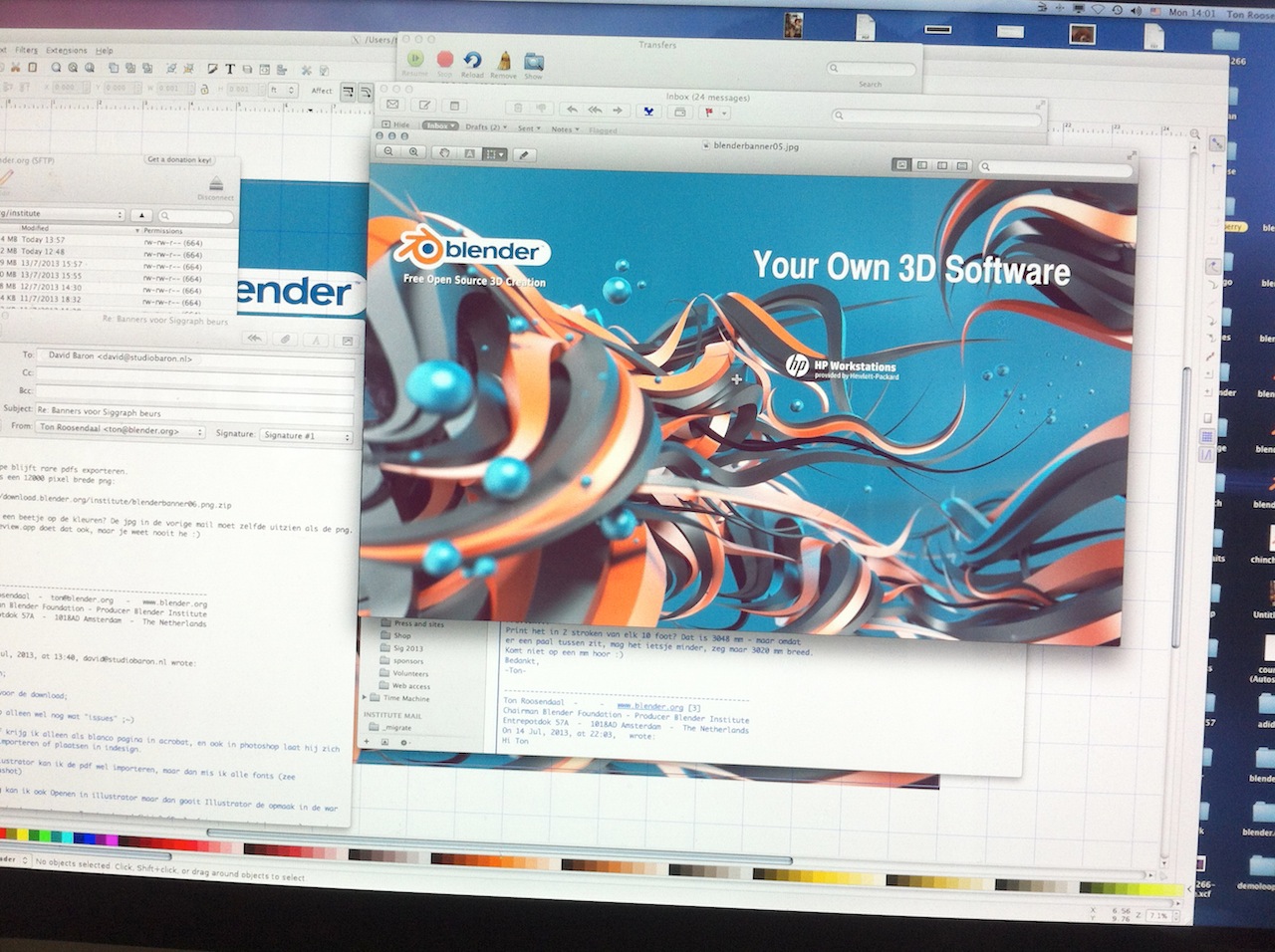 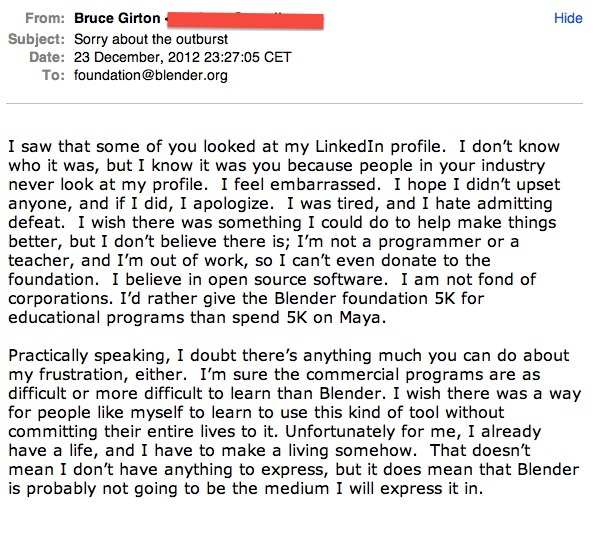 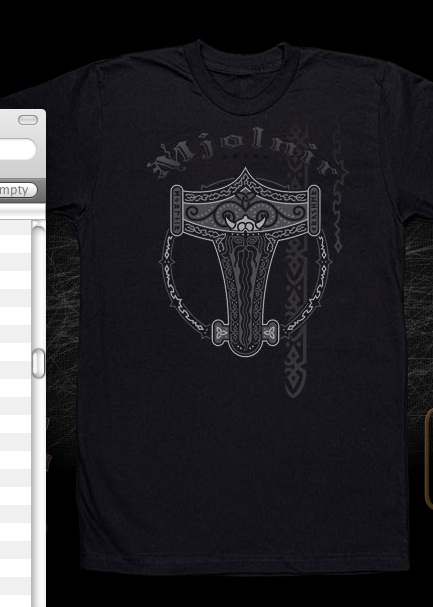 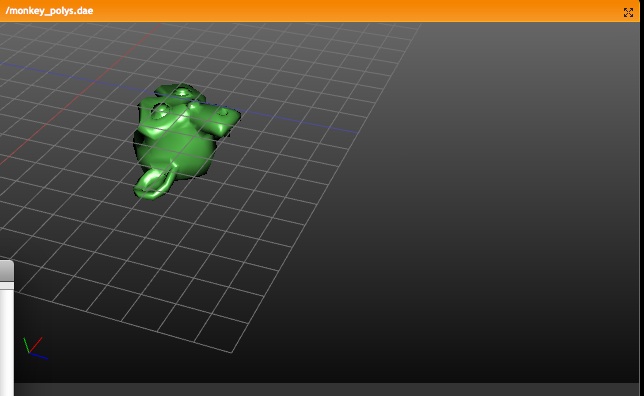 Hint: Ton usually upload hes test renders and pics at that place and with those names

BTW, this generic node editor can be used in many places like layer compositing and also in building complex armature rigs so this is going to be powerfull 8)

that is going to be so awesome…

I look at the JMS version as does zupermonkey I think? and to my eyes the circle showing the material is not round but slightly squashed in sideways. Also when fully compacted they are just a little small to show clearly the details esp the word - maybe a tooltip can show the full label?.
I don’t know if we are supposed to make comment about this stuff yet but I mention it in passing %|
Also I note that in Orange branch now for some time reflections are not showing from angular maps - you see map in background of renders ok but no refection shows in shiny objects. Where are we meant to put bug reports for this because it says not to post to the available thread at Blender.org?

has anyone gotten the mac os x version to work properly? when i tried the nodes, they dont really work. you can’t add any… maybe i just dont understand…

I think you find some OS versions of Orange branch are behind the times.Even the JMS one I have is a day or so behind latest Ton commits for nodes and is different in operation.IIRC the first part of nodes commit had no real functions other than showing the panel. I think you need just wait a bit for Orange mac to be updated.

Does this means that we came closer to an renderman shader compliant?

Will it be possible to write the shader (instead of playing with some boxes as it was on the screenshots)?

I think you find some OS versions of Orange branch are behind the times.Even the JMS one I have is a day or so behind latest Ton commits for nodes and is different in operation.IIRC the first part of nodes commit had no real functions other than showing the panel. I think you need just wait a bit for Orange mac to be updated.

Also remember that this is highly WIP right now and could be changing drastically from hour to hour, and of course we’re the crash test dummies here. The materials don’t even render right now, it’s just preview. If you want to experiment with this with minimum frustration, I’d advise you to wait a bit until things settle down and there are some docs written.

In any case, this will mainly be useful for layering materials and doing complex things that you can’t do easily with the normal material system. It doesn’t make the current system obsolete, rather it complements and extends it. Be careful going overboard with multiple materials because it will take longer to render.

Does this means that we came closer to an renderman shader compliant?

Nope, this is completely within Blender’s own material system design. Though I don’t know how it would affect anything once people start writing their own nodes. By the way, Ton worked very hard on making a nice elegant design. Adding a new simple node is only a few lines of code and could only take someone 20 minutes.

Will it be possible to write the shader (instead of playing with some boxes as it was on the screenshots)?

No, but there has been talk of making Python nodes, where you could write a Python expression.

And some other silly testing screenshots

that is so cool! thanks for those answers.