*PSA: Everyone must have a different username. I’ll add in forms eventually.
Download Here:
Network Script 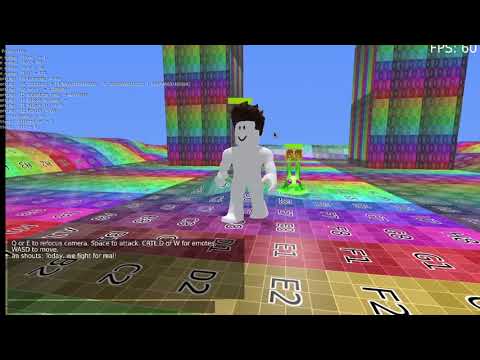 So, I have released network scripts in the past, but they have been very vague with features. I completely written a network script that is easier to deal with/hopefully people will be able to learn how to deal with the steps written in the scripts. Plus, I am actually pretty noob at Python, but just have good brainstorms that makes me look good.

The secret is all in the room master. A room master is a randomly selected person that will control NPCs, enemies and other things you want to control using the Game Engine, and not the server script (which would be lottttttsss of work).

I commented a lot on the network script. I am not ending the developement of this script. There are a few things I want to add, but I just couldn’t wait until it was finished. I want you all to be able to play with it now!!!

I swear, I will pull the plug on this on the next snarky person who DMs me about unnecessary critiques. I am using json not cpickle.

Not naming any names, they know who they are. So please don’t DM me about anything other than a question about the script. Thanks

. i quit dealing with this s* a long time ago.

Yes, but I am not going to let them ruin this for everybody else. There are some stuff that are hard to program in a network script that I already know how to program, and are incredibly useful.

The next update to this script will include,

MYSQL Form, Day/Night cycle, item drop and pick up, auto save when logging out, GUI-less host app so that you can use shell servers to host it, local chat, and switching levels. This update should set people to the right direction and give a hop