This is a new head that I have been working on for a couple days. This time I have modeled a girls head and have worked as hard as I could to achieve proper edge flow and loops. I plan on starting to build the body sometime this weekend and eventually make her into some sort of character. 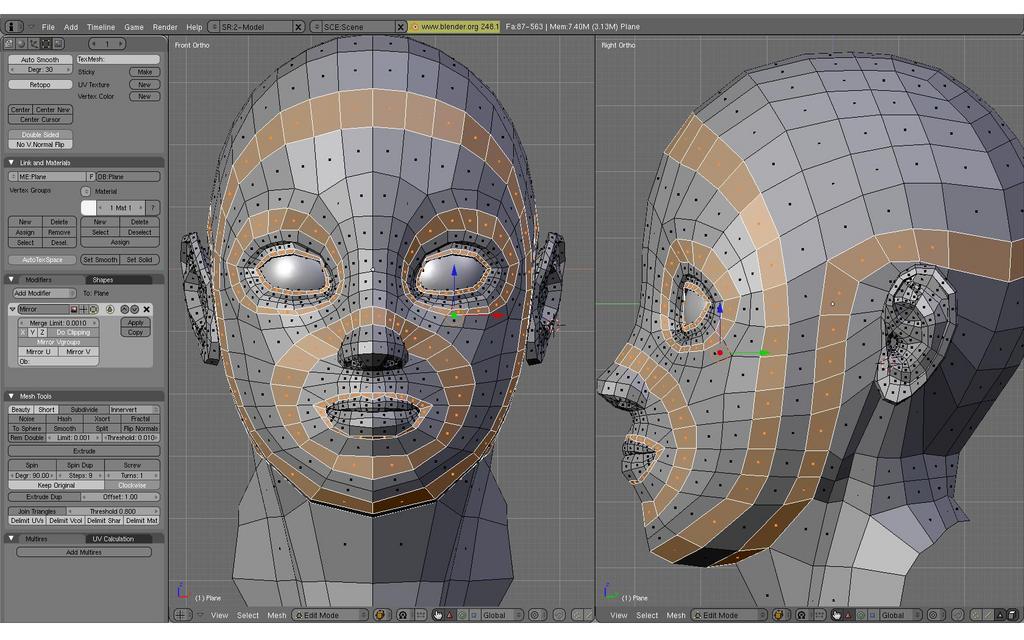 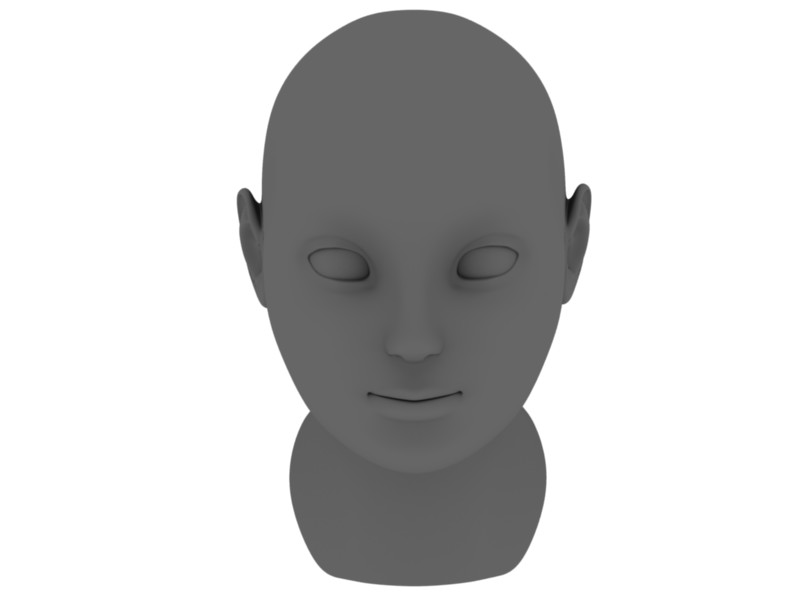 I have done a bunch of tweaks to get everything looking right. I feel that I’m done with the head and time to move to the body. 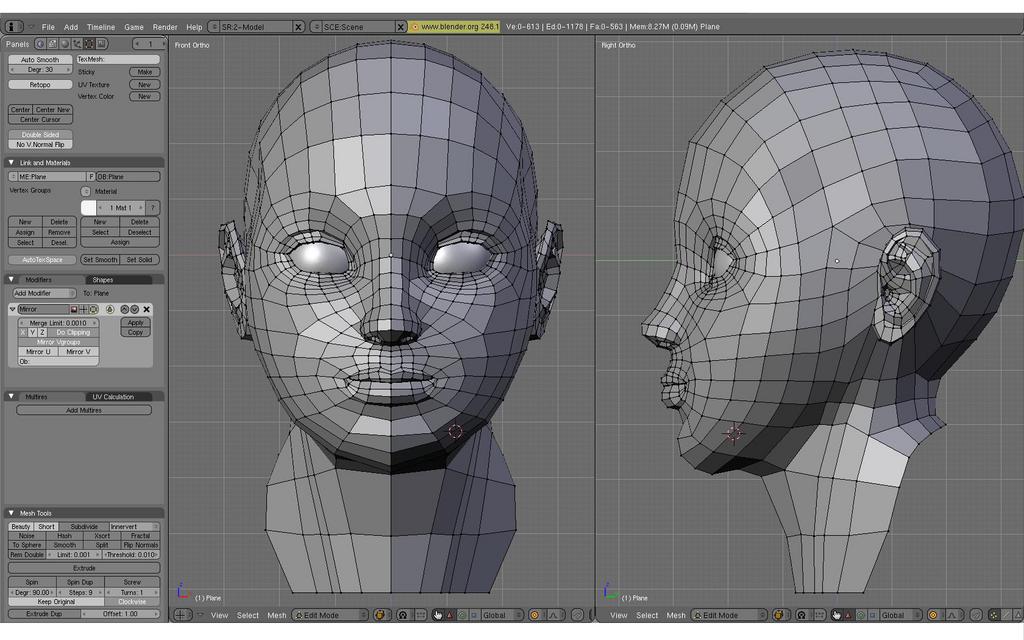 what is a good tip for clean mesh modeling>??

Eventually I will start to use textures, but right now I’m still in the modeling phase.I like to keep things simple. Thanks for the comment though.

Refer to the first image in this thread. Do you see all of the edge loops that I have highlighted? (in orange)

Model those first, achieving proper edge flow is mostly about keeping things simple. Once you have these edge loops down things just flow from there.

Here is a quote from Orinoco who is active on this forum that has helped me a lot, “I generally start with the loops, then spend a good bit of time making sure that they look good from all angles before moving on. In addition to the loops, I’ll have one strip of faces going from the center of the forehead, down the ridge of the nose connecting to the upper lip. The eye loops, mouth loop, muzzle loop, and jaw/forehead loop are all connected to this strip.”

Small update, made her face leaner:

Looking great, im horrible with heads so it always amazes me how people do this

Sorry for the lack of updates guys / gals. I happened to have run into some hardware problems but will be fixing it tonight.

Hopefully I will be able to show you some of my progress with the body tonight. Untill then,

Also any ideas about a hair style I should give her? I plan on poly modeling the hair and texturing it, but don’t have an idea of a style? Maybe someone can give me a paint over?

Have started work on the body. Finished the chest and neck. The nipple is modeled, AO just doesn’t shade around it well so it is hard to see, but it is there. Here are some renders… Crits + Comments

Another update, I have finished the stomach area.

Here is a better view… A viewport screenshot.

Crits + Comments anyone? Any ideas that I could implement?

Please let me know what you guys think. I want a lot of comments on this one to make it as good as possible. Pretty much just finished up the torso.

Well, it certainly is coming along. I recommend you take a look at this site for getting the proper proportions for your model. Unless you are going for a stylized look…
If you scroll down on the page a bit you’ll see a nifty diagram showing how proportions are ideally laid out.

Yes I understand correct proportions but am definitely going for a stylized look. Can you tell by the face? The camera is angles above the head exaggerating the hips, thus making them look larger than they really are. I am however going to scale them down as they look a tad to big.

Besides that all the proportions look right to me.

Hey, that model’s developing nicely! I like the torso a lot, but somehow it doesn’t fit the head. The waist is practically as wide as the head, but, as Soter already stated, if you’re going for a stylized version, that’s fine. For a realistic approach you would have to go into the head deeper, it has a bit of “comic style” to it. The ears look a little strange from behind. I know how hard this is in the beginning!
I like the torso best in the screenshot, I guess the lighting kills it in the renders. It looks quite realistic though, if I don’t look at the rendered versions

Female - that’s gonna be my next aim. I got all of Jonathan’s available material together, so I should be fine. As long as my wife doesn’t complain too much I’ll go straight for one of THOSE or THOSE

But before any on this can happen, this book needs to arrive so I can do the textures!!

Cheers and keep it up! Be busy blending