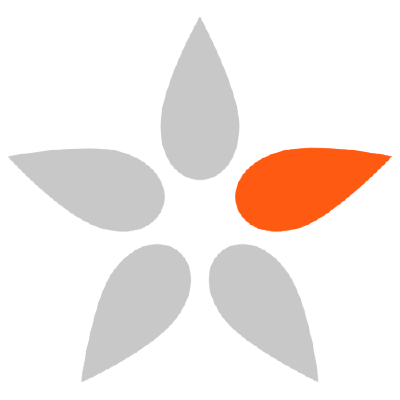 appleseed plugin for Blender. Contribute to appleseedhq/blenderseed development by creating an account on GitHub.

I did a few renders as testing phase: 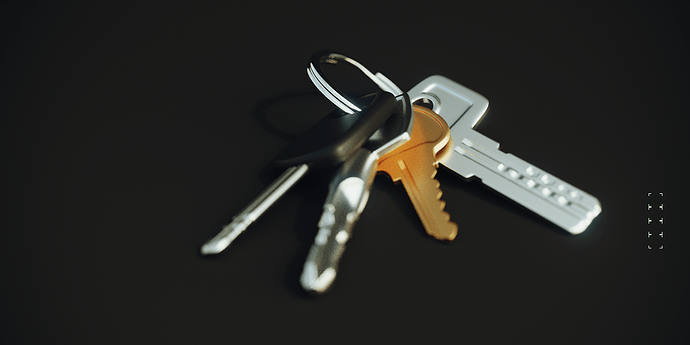 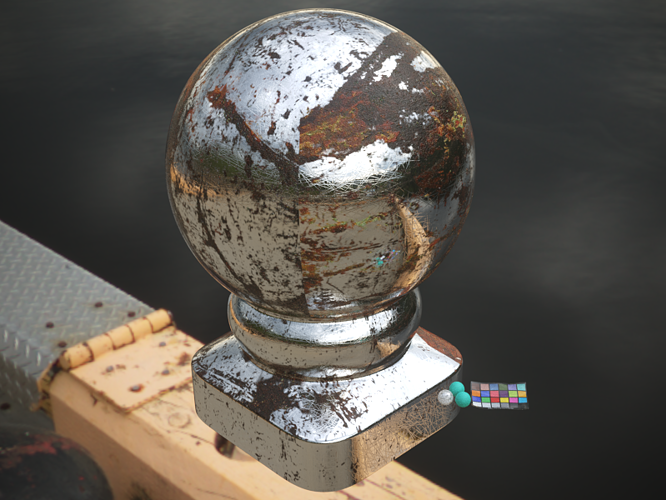 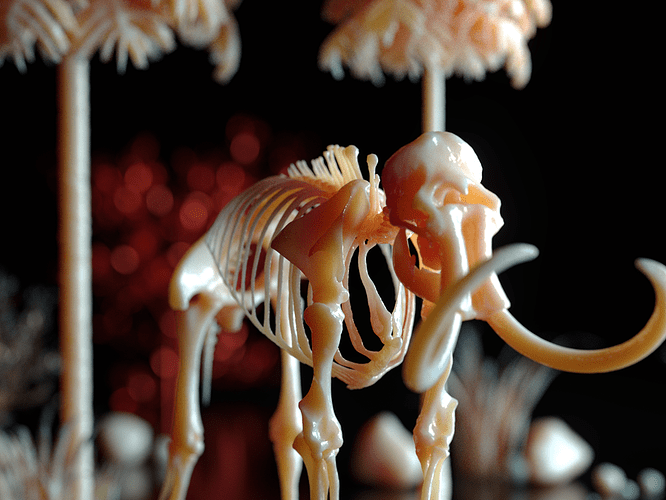 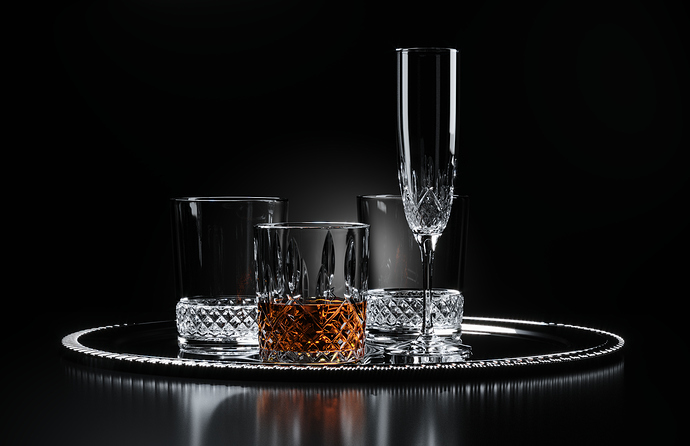 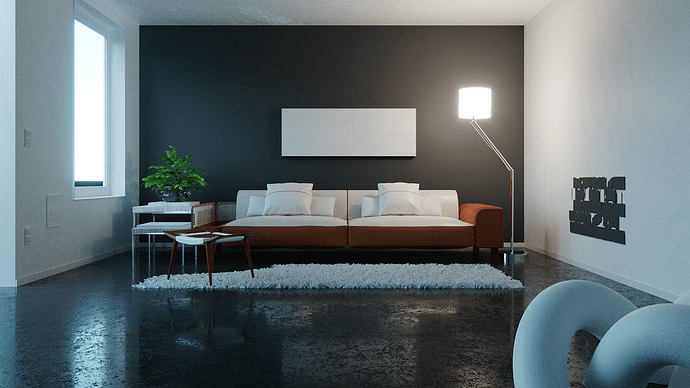 What are the advantages/disadvantages to this over cycles?

Does it support baking? I kinda doubt it, just thought I would ask.

Wow Appleseed development seems to be very fast. Maybe it could take the role of an open source “Renderman like” highly flexible CPU production rendering engine. Since most standard shaders are already included, I suppose procedural textures will come next?

The goal of the appleseed render devs is to create a fully programmable open source alternative to heavy production engines like Renderman or Arnold.

It’s not as feature complete as those two or even Cycles, but it’s developing rapidly. The main guys are already working on fully path traced SSS and denoising.

As far as procedural textures i am currently working on getting osl into blenderseed. It doesn’t suffer the same speed drop as it does in Cycles

It’s pretty good. Not quite feature-complete but it’s getting there, and what’s there should be solid. We’ve tested all features again and again to make sure it’s usable. We probably missed some bugs but we’ll be fixing anything that gets reported quickly. There are also a number of known issues and limitations that we’re working on removing.

I added a bit of the history of the blenderseed plugin at the end of this post, if you’re interested.

What are the advantages/disadvantages to this over cycles?

The following is based on my very limited knowledge of Cycles. If Cycles dev are reading this and spot errors or omissions, please let me know!

Disadvantages of appleseed vs Cycles:

Advantages of appleseed vs Cycles:

It is. The team has expanded over the years and I believe it’s the largest open source rendering team nowadays. And an incredibly friendly and talented team!

Maybe it could take the role of an open source “Renderman like” highly flexible CPU production rendering engine.

That’s pretty much how we think of appleseed: open source Arnold. We have a similar mindset, but obviously infinitely fewer resources to achieve our goals.

Since most standard shaders are already included, I suppose procedural textures will come next?

Full OSL support is coming in the next version of blenderseed. appleseed itself was one of the first renderers to fully support OSL several years ago so we got that part well covered.

I hope this answers your questions. Neither appleseed nor blenderseed is finished or perfect, so by all means, if you give it a try: give us your feedback, good or bad. We can take it. Our goal is to provide a robust, fully free and open tool that artists can use and love to use. If something is not working well enough or doesn’t seem right, please let us know and we’ll do our best to address the issue.

A quick recap of the story so far:

I wrote the original appleseed plugin for Blender many, many years ago. It was somewhat primitive, but appleseed was too at the time. Then an external contributor picked up my code and used it to write a new, much better plugin. Time passed and he moved on to other projects, and at the time we were all very busy with the development of the core engine and we didn’t pursue work on the Blender plugin.

We modernized and cleaned up the code, added dozens of features, completely redesigned the user interface, fixed several dozens of bugs and tested all of it as much as we could. We released a first version (blenderseed 0.4.0) at the beginning of this effort a few months ago but at the time it still had many bugs. After a few intermediate versions (0.6.0, 0.7.0), we finally released blenderseed 0.7.1 a few days ago. This is by far the most robust and complete appleseed plugin for Blender that ever existed.

For me it feels pretty natural, is not that fast as Cycles, but everything they got at this time, is solid, there’s no loss in trying it out.

I’m happy with it as it is, just remember this is beta quality software, and still, it rocks!

The other major feature osl will bring is the as_standard shader, which is a more high tech uber material than the Disney material.

For the obvious question yes, appleseed is slower than Cycles on most test scenes. However, much like Arnold and Rendrman, appleseed is tuned to render huge production level scenes, the kind that make Cycles struggle

I hope development will still continue on this one, for a long time. Thanks for the good work.

I’m liking what I see, but don’t think it support preview mode yet?

I’m liking what I see, but don’t think it support preview mode yet?

It supports the material preview window but not the rendered 3d view, at least not yet. That feature is on the list but it’s a major project so it might be a while

Does it support OpenVDB?

Franz, any news on the next short film?

Does it support OpenVDB?

Not yet but we’re getting there.

Franz, any news on the next short film?

It’s heavily being worked on. I’m not involved much at this stage but two people are working on the script and on a first version of the storyboard. Some concept art have also been done. We hope to have something to show around the time of Annecy’s Animation Festival in June.

On the technology side we’re gearing up for some serious rendering challenges, especially on the SSS side since the film will be SSS-heavy. We’ll internally announced and detailed the first “render baby” and we started working on it (before getting distracted by two releases of appleseed). Render babies are test scenes designed to test and develop one or a handful of looks, shaders or rendering features in order to make sure we’ll be able to render the final film.

Franz, thank you for your response. I’m really impressed with your software and applaud your entire teams effort. I wish you continued success.

Thanks for the kind words!!

You´re renewed interest in Blender is encouraging, and renderer competition is a good thing. Personally, the lack of GPU/interactive rendering is a tough one, but I might just be spoiled by Cycles

Yeah we have a couple of awesome guys working exclusively on the Blender plugin so things are moving again (very fast) on this front.

Interactive rendering is fully supported by appleseed, we “just” need to expose it. That’s high on our todo list. We’re wrapping up full OSL support right now which will be available in the next version of blenderseed.

As for GPU rendering… Let’s see what the future reserves!

Thank you so much for this fine renderer.
I can hardly wait to animate with it.

Our goal is to provide a robust, fully free and open tool that artists can use and love to use. If something is not working well enough or doesn’t seem right, please let us know and we’ll do our best to address the issue. -Franz

Awesome attitude & generosity. You made my day, mon ami.

So far, I downloaded all the available zips, including AS Studio, and installed AS in Blender 2.79. No problem.

I rendered a simple scene (cube on a plane) in Blender, but don’t see how to use the AS materials in Blender…the controls are very limited…need to use nodes?

Then I loaded the design_glasses AS file into AS Studio and rendered it…very nice controls & design of the GUI, btw.

What is the workflow for using AS with Blender? I didn’t see any sample blends.

Is there, or will there be, an AS for Blender plugin to integrate AS & Blender like Octane for Blender?