They don’t have the same arsenal of features that my previous rig had, but they are easy to pose, fun to animate, and hell, I like em. It also means it’s a lot easier for newbies to figure out how they were made.
If anyone is up for it, I’d love to see some custom youtube vids with these fella’s people.

EDIT:
and a screen of what the actual rig looks like:

How do i get the head to move with the body lol I am and idiot or am I just missing something?

Wow, this rig is so fun to play with and gives nice curves in the body movement! Thanks a bunch!

Nice one, i suppose i should learn this stuff eventually, i’ve put it off for enough years.

I fixed stick-man, now he looks like N the ninja.

@And1Legend21, there is a slider which controls whether or not the head moves with the body, maybe you moved the slider? or you threw away the action or the keys in the action that make the slider work? Either way, the head is set to be attached to the body by default, so you probably broke something. If all else fails, just redownload the file.

@thedaemon: Thanks man, appreciate it.
@TheANIMAL: N the ninja? never heard of him. I’ll google for him later. You know the basics of rigging isn’t too hard, once you understand the basics, how vertex groups and weighting works, it’s quite easy. It’s just a hellovalot trickier to get everything to work as you envision when you start it.

By the way, Gianmichele had a really nice idea over at cgtalk, the next version will have stretchy limbs and sliders to switch IK/FK on the arms. I’ll try to improve on the handling of the tail as well. I started these rigs to be extremely simple (and finished). Looks like I’ll be making them a little more complex after all

Here is N the Ninja. BTW, the head slider doesn’t appear to do anything, the head works as i’d expect it too which ever way its set. 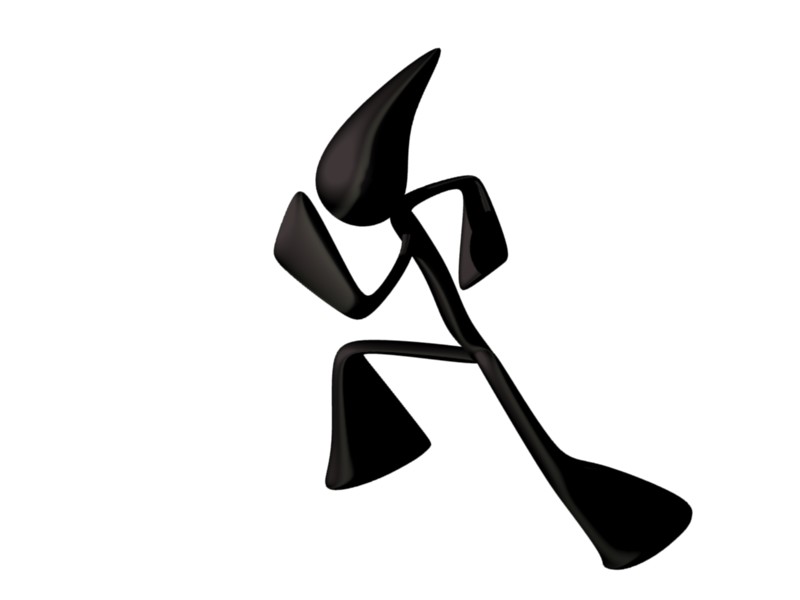 Yeah I noticed the sliders not working, in both the devilman and the stickmanrig, which is really weird, since the curves, IPO’s, actions and drivers are all there and set up?
I noticed this earlier when I made a copy of the stickman to make him into a devilman too. The file was an exact copy, yet the slider was broken in the copy somehow… I’ll fix it and reupload, wonder if it will be broken again after I upload it…

the idea of the head slider was that you could use the head as a ball or as the dot on an I in the Pixar logo: http://blenderartists.org/forum/showthread.php?t=121834
or just so he could loose his head and he would go trailing after it… 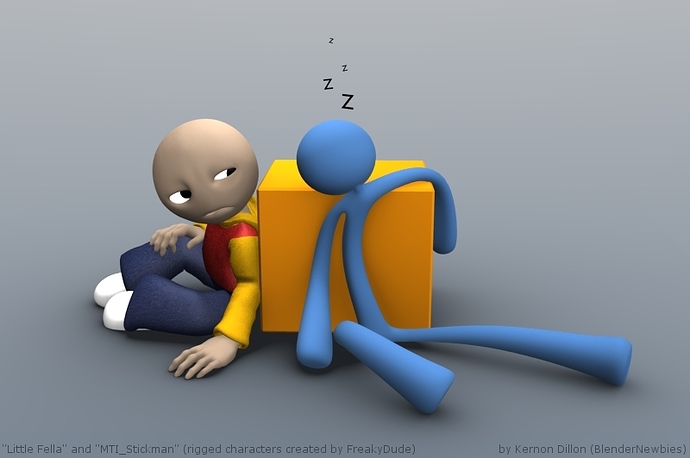 HAHAHA AWESOME render! I really like how you put them together here.
Could you do a larger render? (maybe 1680x1050 and/or 1280x1024?) I think I’ll use it as a wallpaper on my laptop. (maybe my pc at work also, but it already has this awesome cavestory wallpaper…)

By the way, I’m doing tests for stretchy limbs, and fk controls. A number of problems here and there. Some setups work for one thing, but not for the other…
I’ve found a few other things which I’m starting to believe are bugs, but I’d have to do some more tests before I post them as such.

So expect an update soon.

After TheANIMAL’s pic, I couldn’t resist.

Hi I am new to this, but how do I edit the mesh? It seems there are 2 layers, but one has everything and one has nothing?

I am new to blender so please be patient with my ignorance.

The outliner has an option, a little mouse symbal which toggles selectability of an object.

I’m working on a new version. I made a VERY noob mistake with the IK pole options. When I first started rigging, I manually added constraints and filled in their names in the appropriate fields. Later i just used ctrl+alt+c, WAY faster…
But I actually forgot you had to type in the armature OBJECT’s name first, and THEN the bone name in the new field that appears. D’OH!!!

It’s fixed in the new version, which also means you don’t have that refresh issue. I’m not releasing yet, because I’m still working on FK and stretch to work nicely.

@Hobo joe
So that’s what he looks like. I take it that’s the original one? You can easily modify stickman to look like im…as animal did. harhar, I like seeing other people putting this to some use

Nice rig,
I’ll look at it more later, seems really user friendly - I post a render later. Another great rig Freaky dude, its been a while since I’ve seen any work from you.

Hey man thanks! There’s a refresh bug in this one though… I have it fixed but didn’t reupload yet. If you want to see it without the bug, fill in the pole bones in the constraint fields for the forearms and lowerlegs instead of the empties.

it’s waaay to late and I’m still working on stretch and fk. I’m quite certain I can make both features work if the other one is disabled, but together will be trickier…
In the meantime, here are some W.I.P. screens of stretch: 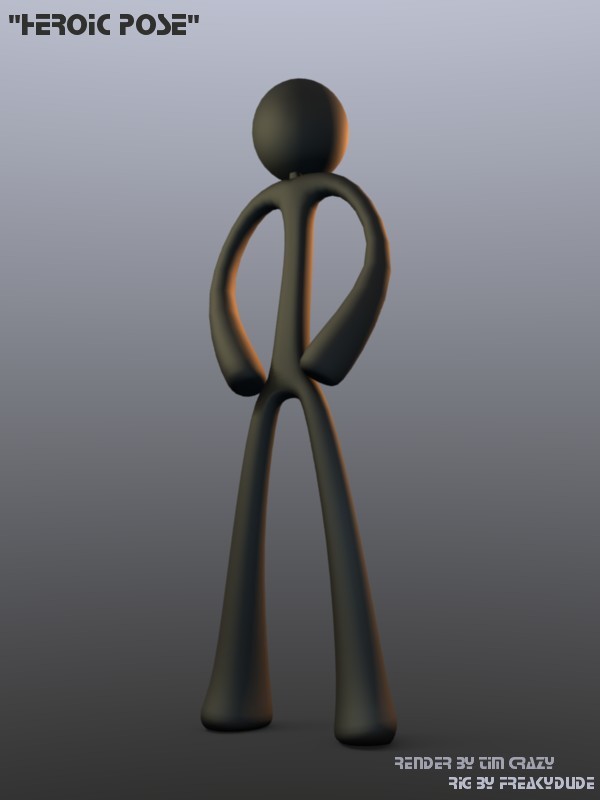 A little off topic, but… When I bring Lil Fella into a blender file I can’t see the armature, it is not visible. How do you make the armature show up on top of the solid? I tired X-Ray but that did not do it, maybe I’m using it incorrectly.