I’m glad to finally be able to show you my graduation film from The National Film School of Denmark called Whole.

It’s entirely animated in Blender and rendered with Cycles.

The film is in Danish, but subtitles are available if you press the CC button in the lower right.

For the version in 2D on Vimeo, watch this:

Or, if you’d like to view it in stereoscopic 3D (recommended), watch this instead:

Thanks to everyone why helped make the film possible, and thanks to renderstreet.st for letting us use their awesome render farm.

The film has been reviewed in two danish publications: 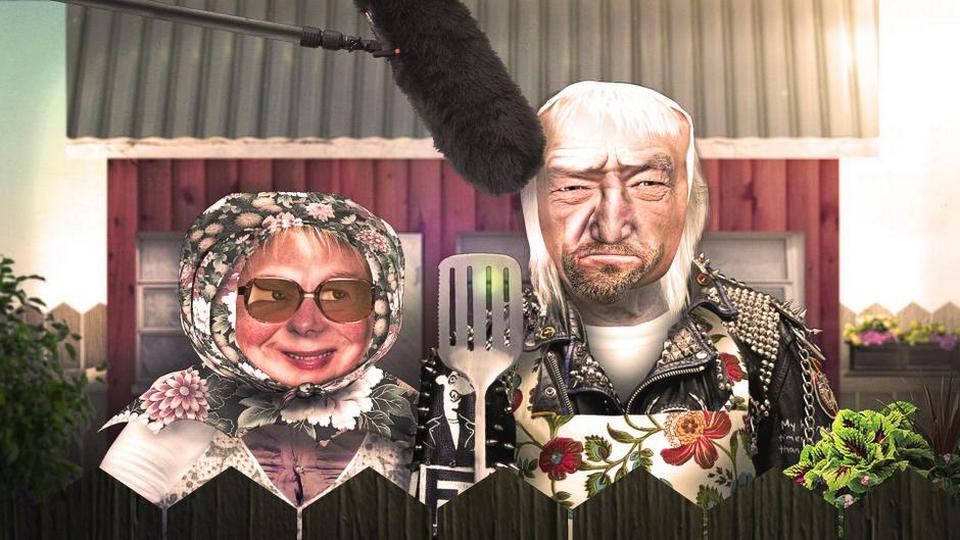 You can read the reviews in english via google translate.

Bro lovely, smart and amazing. I wish you all the best and more skill.

Now, thats absolutely and truly brilliant. Thats how you make a symbolic and beautiful movie. Any info on making of?

What an awesome little film. Congratulations to everyone involved and thanks for sharing.

That was cute! Excellent job!

Spectacular … absolutely Spectacular! This was the most interesting and beautiful thing I’ve experienced for some time. Thank you.

Your futures are bright. The world will be yours.

<spoiler>
Having watched it without subtitles first and then again now with the subtitles, I found it quite a nice piece of visual storytelling which still works well even without the dialog. I especially loved that trance-like tunnel sequence and connection between visual connection the two worlds - showing the former boyfriend as a slimy worm in prison garb chasing its own tail was a funny touch!

Particularly liked the jiggle of the snot creature.

Very awesome, really some quality work, love it, thanks for sharing.

Excellent work! Although it would be nice to have sub-titles, I was able to pretty much follow the story anyway. Bravo!

Very nice short film, although I could not understand a word. (Maybe a handful out of the context).

Why did you choose a static Cycles Seed though? That looks odd, maybe an animated seed would have been better? The noise would be there anyway, but it would not look so static, as if you look through a window.

rontarrant: There are subtitles. Just click the ‘CC’ button in the lower right.

DingTo: The reason why we did that is because it looks better in stereoscopic 3D (this is only the 2D version). Noise in general is problematic for the 3D effect to work well, and if it animates it looks weirder.

But you are right that if it were only 2D, animated noise would probably be nicer. It’s a tradeoff though. Noise with animated seed is more noticeable, but also more ‘correct’.

Ah, that makes sense, right. Did you use Pathtrace or Branched Pathtrace rendering? Some info will be interesting, also how many samples you used. (I already checked this article here: http://blog.render.st/whole-animation-short-wholly-rendered-with-renderstreet/)

Did you use Pathtrace or Branched Pathtrace rendering? Some info will be interesting, also how many samples you used. (I already checked this article here: http://blog.render.st/whole-animation-short-wholly-rendered-with-renderstreet/)

We used the branched path tracer. I found that it is almost impossible to get close to clean results from the SSS shader med regular path tracing. Same goes for volumes and DOF.

Our strategy we ended up using is to start setting the AA samples based on the size of the DOF bokeh. Then bump up the samples for the SSS and volume samples until it starts looking ok. The branched path tracer took a while to get used to, but you can save loads of render time with it, and also lowering bounces to 1 or zero.

Great film. Really worth the time spent watching it.

rontarrant: There are subtitles. Just click the ‘CC’ button in the lower right.

Okay, now that I see the subtitles, I get the nuances. Thanks muchly, William.