New to Blender - one of my first pictures

I’m fairly new to Blender. I’ve been using it for a couple of months. I recently made this - inspired by M.C. Escher. I used Make Human and imported characters to pose the hands. Then I imported the pencils and posed them in the hands. I used cycles to render the picture, but I still have a lot to learn. I also used GIMP to add the parts that look like they were drawn on the paper.

I want to learn to model things better, so I don’t have to rely on MakeHuman to model body parts. I would like to render the skin to appear more realistic, and I also need to work on the pencils. This looks a bit too cartoonish. 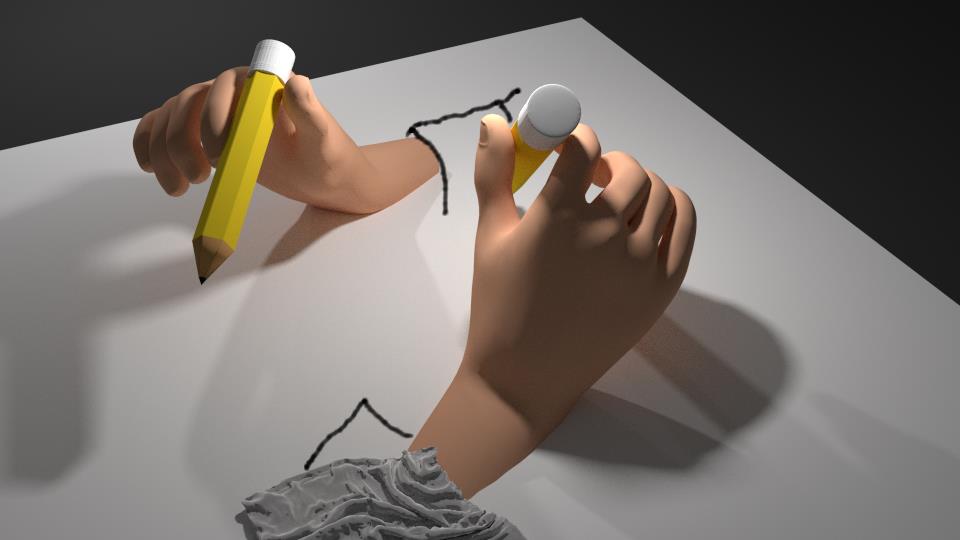