New to blender working on a character for the first time.

I’ve been following tutorials and little projects online to get into blender and I found a character tutorial that looked like it could maybe be around my skill level but the guy jumps a bit and ends up with something that looks so much smoother and nicer than my model at the point where im at. He claims he did it by just moving points around but a lot seems to have changed. Earlier his did look kinda close to mine obviously mines a bit messier I have more faces and vertices because when he filled out the back of the head and the side he didnt exactly show how it was done so I kind of winged it and thats where things got kind of wonky. 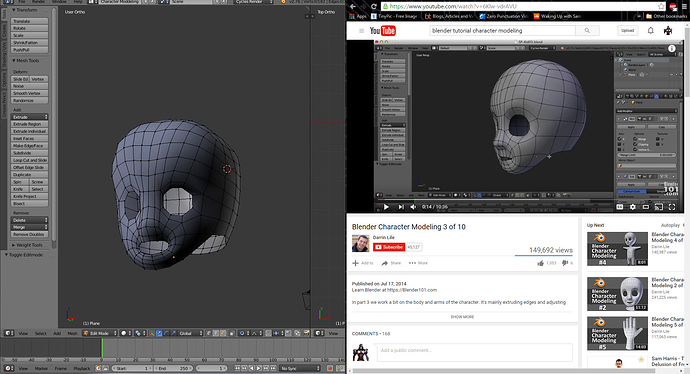 Im not expecting it to look exactly the same but I was hoping to know how to move in that direction but he hid the steps. I’ve been getting kind of frustrated as I dont see a clear way forward and I dont want to continue in the state its in because I feel like it will just continue to look worse. Does anyone know what I could do, have any suggestions or other projects that might be a good starting point I’ve done quite a few already of less complicated objects, theres one guy who’s tutorials are great because he tells you exactly how far to extract something and how much to scale or rotate it so it always ends up looking similar. 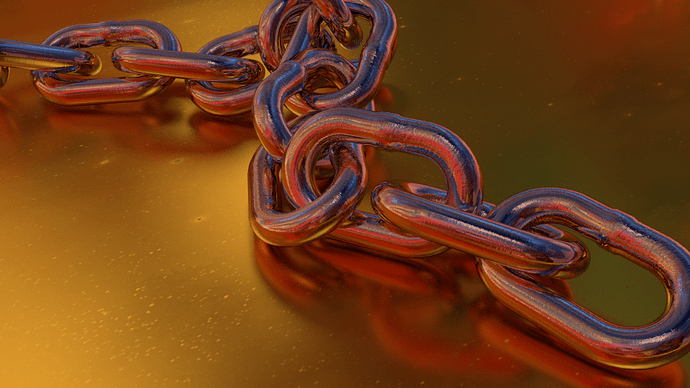 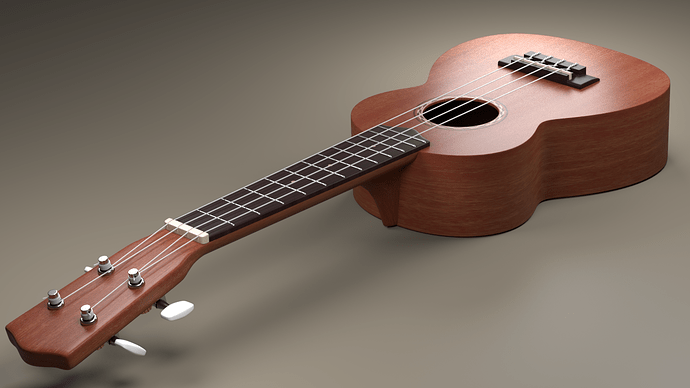 my ultimate goal is to get into designing my own games with the models I make so if anyone point me in the right direction and or sort out this issue, even some encouragement would be greatly appreciated. Feeling kind of lost atm.
Richard_Marklew (Richard Marklew) April 26, 2018, 5:11am #2

Looking at the screenshot of your model, it appears you have inverted normals. Select all the vertices (A) and recalculate normals (Ctrl+N)

If you struggle to follow the tutorial then just go and watch another, there’s more than enough on youtube if you look

thanks for your reply, did he actually apply the subdivision surface though because when I do it doubles the number of vertices and he already has less than i do. I believe he said earlier not to apply it just yet.

recalculating normals really changed the look thanks a lot for that suggestion.

To add, you’re also showing the model in orthographic viewmode while the tutorial seems to show it in perspective. Those are two very different views and you should check it in perspective to get a better understanding of the form(s). The default viewport camera also distorts it when moving up close, so might also need to change the lens in 3D view properties -> view. 35 is the default, might look more natural with 60. When going closer and closer, might need to increase even more, near a 100.

Another thing is that in the tutorial screenshot the subdivision surface modifier is set to be applied on the editing cage. Could view it like that while adjusting the forms, but don’t build the structure with that on. It doesn’t show the actual vertex positions and you will end up with a mess sooner or later.

The structure doesn’t look that bad, might as well continue, you can adjust the forms later. Proportional editing (hotkey o for on/off, and alt+o for connected/off) can help with that, it moves the geometry proportionally to the one(s) that you’ve selected and are moving