I am pretty new to blender getting the hang of it.
My first project is to model a roller coaster from scratch. As I am blocking out the scene I wanted to insert the track.

This is what I did for the track:
Create Cylinder.
Mirror modifier on the X ( so i would get two rails)

Then an Array modifier. Normal settings

Modifier Stack for the rails… 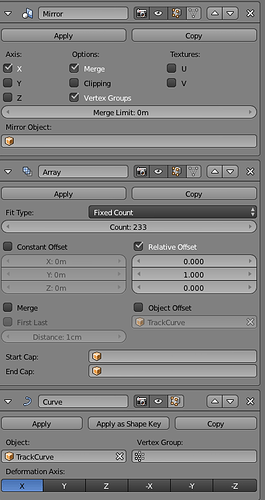 The curve is a Bezier Curve by the way.

See under for the end result. 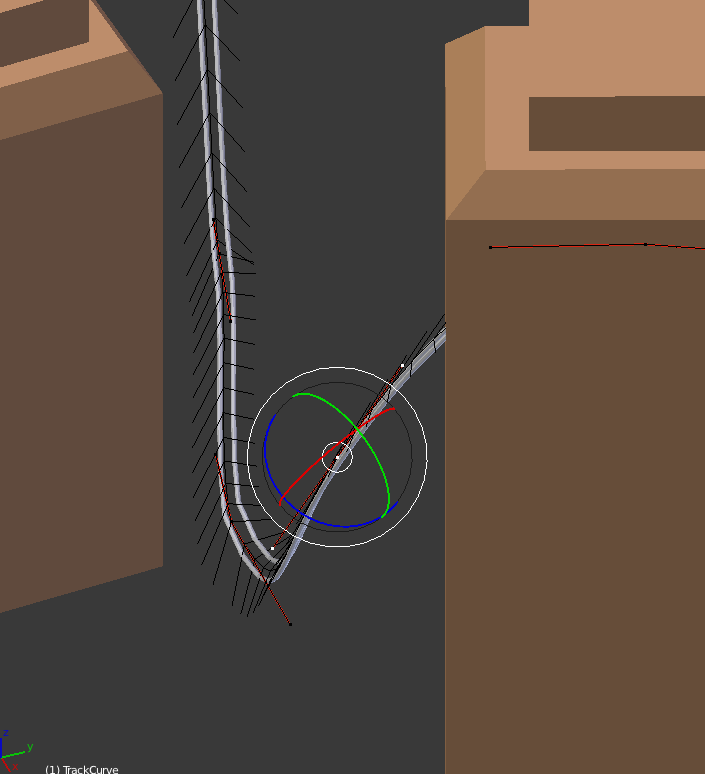 Now as you can see the track is in the bottom (the drop) not rotated well it should be parallel to the ground.
And I would like to create some angled bends.

How could I achieve this??

Thanks in advance for the help…

You can try to change the Twisting of the Bezier Curve to ‘Z-Up’? or try one of the other settings there