Hmmm first of all…Hello everyone

i was born somewhere in 1990’era ,my first public appearance was in MAKS 1999 ,people also knew me as R-77M1, I look similar as my old brother RVV-AE execept i’m bit longer and have side Fins replaced by Inlet for my new Airbreathing Ramjet propulsion which will give me longer range (around 160Km in altitude) hmm others than it i’m similar as my Old Bro

another ? hmm i make a new Carrier…but now with her airwing consistsed of several Su-33 Fleet defense interceptor 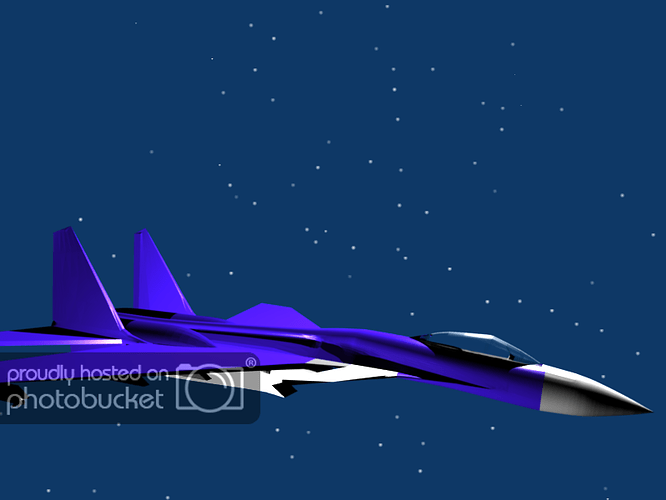 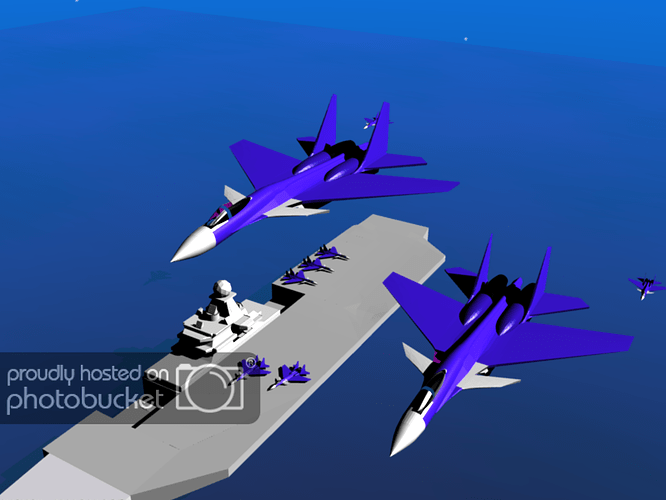 Hmm i put the armament on board

Hmm that’s are my first attempt in 3D modelling using Blender…heh…i actually planned to put more details on Carrier and the aircraft like adding ejection seat for Su-33,windows and Kashtan M CADS system for the Carrier…however my home computer capability doesn’t seem to permit that (the more i put objects The slower it will )

how to address this ?

looks really great!! only thing i can think if is to smooth the ball in the ship

yes the only problem with this is a lack of subsurfaceing and smoothing of faces in some areas.

Hmm i did try level 6 render on the plane…but something Terrible called “LAG” happened :o

i REFUSE to beleive that you are a noob…thats great for somone with no experience in 3d modelling at all! p.s are you a robot

It should not be nessecary for you to push the render level to 6 on subsurfacing. Try Level 2 and press the set smooth button while your model is selected or if you only want to smooth certain areas select them in edit mode and then press set smooth button.
In case you run into problems with your edges looking weird. Add a edgesplit modifier to your model or use autosmooth feature.

Hmm with the Canopy Open…

The chick is hot on the HUD.
I liked the original colours better.

well so How to make some kind of more realistic effect. on the smoke ?

looks really great!! only thing i can think if is to smooth the ball in the ship

Radomes are actually made from flat triangular panels.

RVV-AE-PD, it really doesn’t look like you need a whole lot of help. Those models are pretty good. Check out The Cog Project for information on smoke and water. You seem to be making pretty good progress with materials, too. I think working on the lighting would be your next challenge.