Since Alltaken has suggested making a single topic to post all news of what could be of interest to the community I think I’ll see if I can make this work. And so it begins

http://www.physorg.com/news80812768.html
Robots have now started to take our place as waiters in resteraunts. This resteraunt of the future has two robots and is planning a third to flip burgers.

http://www.physorg.com/news80804573.html
Good ole wood can make plastics stronger as this story reports. Which would allow for light super strong plastics that are biodegradable


The Wii is screwed, now that this controller is being released you won’t need a wiimote for motion sensing and the Wii is nothing more then a slightly souped up Gamecube with a motion sensing controller.
Just go and pray you don’t bomb to this thing Nintendo.
Saxofoner (Saxofoner) April 24, 2018, 12:47am #2

Thank you. Very much. And to AllTaken.

Those position sensing controllers need to be combined with sterioscopic (3d) glasses so you could actually, for example, see the ball coming out of the screen and hit it. And I cant wait for the strap on ones so you can do mortal kombat by actually kick, etc.

Why is everyone hyped up about a 3rd party controller for all the consoles (besides the all the consoles part ;)). These are motion tracked, sure, but will have only a few games to choose from. This is the thing people were worried about with the Wii, except Nintendo has avoided this problem by making the controller the integral part of the system. Sure these controllers are neat, but, in all honesty, who will pay for a different controller just for that kind of game: A seperate Golf club, Baseball bat, bowling ball, tennis racket, light saber; It’s just a ploy to make money. The wii remote can do all of those (and accruately, only the pointer function isn’t exact) in one device.
This is the kind of thing that has been spewing out of toy manufacturers for years, and the kind of thing that the Gyroscopic Sidewinder controller for Microsoft was: a Gimmick.

The Wiimote is the future.

That article about the wood and plastic is misleading. Adding wood to plastic won’t make the plastic biodegradable. Only the wood part will biodegrade. The plastic will still be plastic, only tiny pieces.

… Robots have now started to take our place as waiters in resteraunts. …

If you’re interested in the encroachment of robots in the world, keep a regular eye on this blog. Lots o’ neat stuff there, IMO.

who will pay for a different controller just for that kind of game: A seperate Golf club, Baseball bat, bowling ball, tennis racket, light saber; It’s just a ploy to make money. The wii remote can do all of those (and accruately, only the pointer function isn’t exact) in one device.

I find the Wiimote thing kind of stupid myself. I’m just not used to swinging a want stick around and i’m better with a normal controller. These controllers however have a shape that makes sence for the kind of game they’re designed for. I’m sure people will buy them if they’re cheap.

It would be nice if say one of those controllers is bundled with a couple of games that use that kind of controller. Then again, I wouldn’t want 10 different controller’s for 10 different games lying around the house.

That article about the wood and plastic is misleading. Adding wood to plastic won’t make the plastic biodegradable. Only the wood part will biodegrade. The plastic will still be plastic, only tiny pieces.

True, that, but non-degradable plastic is somewhat of a misnomer, most plastic will degrade, especially if exposed to UV radiation (sunlight). If those very small pieces of plastic avoid being buried in a landfill, they will break down faster than if they were large chunks. Still, we are probably talking decades instead of centuries to complete the process.

Unraveling one of most grandiose and heady problems in physics -- the creation of controlled fusion energy -- is still decades away. But thanks to research done recently on a smaller, less grandiose scale at the Nevada Terawatt Facility at the...


Can’t explain it well, but an important step towards fusion energy

http://www.technovelgy.com/ct/Science-Fiction-News.asp?NewsNum=775
A ridable mechanical lion robot, loud as a lawn mower, but can carry a person around. Haven't you ever wished that you had a second motor cortex? If you've suffered a brain injury of some kind, you just might. For the last few years, researchers...


A chip implanted in the motor cortex can act like a second one, recording every movement and use it to simulate the development of new neural pathways.
IanC (IanC) April 24, 2018, 12:49am #11

http://physorg.com/news81005778.html
Can’t explain it well, but an important step towards fusion energy

HAL may soon be getting some company. But unlike the famous computer companion in Stanley Kubrick’s “2001: A Space Odyssey,” the first space-based supercomputer — so described because it will be by far the most powerful computer in space — is already...


As more information comes in from satalites and missions the need for computing power increases, here it states that the first space based supercomputer will have a test mission in 2009

http://www.newscientisttech.com/article/mg19225755.800-its-the-next-best-thing-to-a-babel-fish.html
With this device using electrodes to the face and neck you could theoretically mouth the words in english only to come out in spanish.

http://blog.pcnews.ro/2006/10/28/sketch-your-furniture-in-the-air/
A system which allows you to sketch furniture in the air and then have a rapid prototyping machine create it. More artsy then useful but its some cool stuff. Robots continue their quest to take over entire hospitals

In yet another example of high-tech Japan shooting its own labor pool in the foot, Aizu Central Hospital in the Fukushima prefecture has hired two new types of...


Robots are starting to take over hospitals (in Japan at least). Two robots, one that gives directions and another that carries bags, are now working at a Japanese hospital.
Ace_Dragon (Ace Dragon) April 24, 2018, 12:54am #14

http://www.techeblog.com/index.php/tech-gadget/paul-pantones-incredible-plasma-reactor-motor
A machine which takes exhaust heat and throws it back into the engine. Which can theoretically triple fuel economy and cut pollution by 90 % 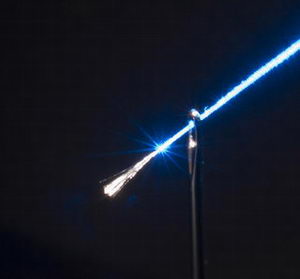 All Optical Solution: Cruising the Superhighway on a Beam of Light

The Internet is often called the information superhighway, but the real superhighway is the optical fiber that connects computers around the world at the speed of light, according to John Badding, Penn State associate professor of chemistry. “Light...


An all optical approach to sending information around the world

“We are talking about 100 million-million hertz. Even a little slice of that is a big bandwidth. You can pack in a lot of channels. It’s also cool that you can access information across the globe so fast. Packs a lot of information, travels in almost no time - those are the advantages of optics,” Gopalan added.

Researchers teach computers how to name images by 'thinking'

Penn State researchers have "taught" computers how to interpret images using a vocabulary of up to 330 English words, so that a computer can describe a photograph of two polo players, for instance, as "sport," "people," "horse," "polo."


The program used here will allow your computer to learn how to correctly name images, it’s not perfect but a good start.

http://www.newscientist.com/article/dn10425-muscle-wasting-prevented-by-proteinblocker.html
Imagine being bed ridden, but your muscles do not have to waste away, that’s becoming reality according to the article

http://www.newscientisttech.com/article/dn10424-artificial-memory-aid-mimics-the-brains-audio-cues.html
A memory aid for the hard of memory. Using the brain’s phonological loop to record short pieces of audio and play it back using an inner voice.

http://www.techeblog.com/index.php/t…-reactor-motor
A machine which takes exhaust heat and throws it back into the engine. Which can theoretically triple fuel economy and cut pollution by 90 %

Bollocks. The video says the main fuel is water. Think about this for a moment, now think about the plausibility of it. I’m guessing ~0.

not really a news but a cool site that somebody used to test my connection speed after installing a sorenson VP-200 in my apartment.

http://www.techeblog.com/index.php/tech-gadget/video-philips-digital-light-painting-kit
Paint with lasers on any surface, not the world’s best technology, but fun. 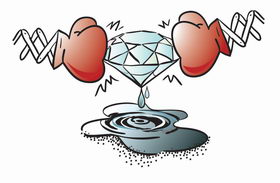 Sandia’s Z machine, by creating pressures more than 10 million times that of the atmosphere at sea level, has turned a diamond sheet into a pool of liquid.


In the drive to release energy from fused atoms, the Sandia Z Machine mentioned turned a diamond sheet into a pool of liquid.

A breakthrough in the harnessing of ‘T-rays’ - electromagnetic terahertz waves - which could dramatically improve the detecting and sensing of objects as varied as biological cell abnormalities and explosives has been announced.


This breakthrough in T-rays could revolutionize detection of disease, read farther and it can be used for explosive detection

http://www.technovelgy.com/ct/Science-Fiction-News.asp?NewsNum=798
This energy curtain can capture sunlight during the day and show it as a glowing pattern at night

In a breakthrough that's being touted as a potentially crushing blow to the noise-canceling headphone industry, researchers at MIT and Cambridge University hav...


A jet quiet enough to only be as loud as a washing machine, while it doesn’t say the decibel amount the idea of flying in a plane of that design is a cool concept. 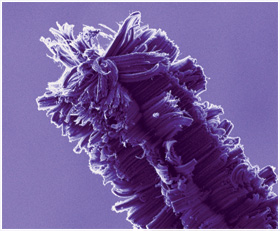 Many of the vaunted applications of carbon nanotubes require the ability to attach these super-tiny cylinders to electrically conductive surfaces, but to date researchers have only been successful in creating high-resistance interfaces between...


A new way to put carbon nanotubes on surfaces, this new way may lead to a revolution in electronics and nanotechnology.

http://www.newscientist.com/article/dn10456-3d-maps-let-travellers-take-virtual-city-tours.html
Microsoft creates virtual cities out of photos, By the end of 2007 you can take a tour of 100 textured cities internationally in 3D without leaving the computer

Hello everyone, the Dragon’s news stream is now back.

http://www.technovelgy.com/ct/Science-Fiction-News.asp?NewsNum=859
Room render is an intelligent system for controlling electronics and other things with just your voice. The system will supposedly be able to detect mood and alter the ambience accordingly

http://www.technovelgy.com/ct/Science-Fiction-News.asp?NewsNum=858
Printing muscle and bone tissue may soon be reality based on the work the people here are doing. This is the first system that can lay down multiple cell types.

http://www.physorg.com/news85051724.html
Imagine having instant-on computers or a fancy computer application in your hand. If phase change memory becomes commonplace this may be a reality. So much for flash memory.