Is there a way to mesh, subdivide, an ngon surface? The knife tool is not the answer I am looking for. I render with Maxwell Render and I need to mesh the surfaces to get better imaged based displacement from the surface object. I have been taking my ngons and exporting them as obj’s and importing them into Form-Z to apply a mesh to the surface. The importing them back in. I’d like to skip that step if I can.

Thanks. But not exactly what I am looking for. I wish blender could just subdivide a surface like shown here. Just insert a meshed grid with even spacing regarless of its shape. 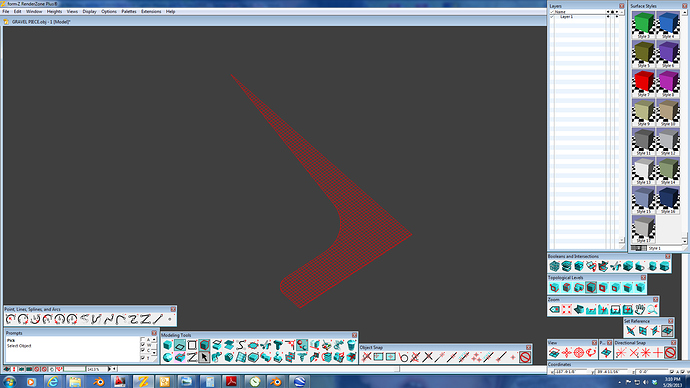 With the Remesh modifier to preserve your model shape you too often need to increase the octree a lot, resulting very likely a -very lot- more faces/vertices than you would want. For my example i had to go to Octree 8 to keep the shape intact ! With an octree of 7 by example, the pointy part is missing a part of its length and so would not be acceptable

But the result would have your ngon roughly made of equal square. So don’t hold too much hope with the Remesh modifier, it’s overall rather bad unfortunately.

It seems to be close to what I need. I will give it a try.

You mention that you export ngons, deal with them somewhere and bring them back into blender…
I wonder if you’re not missing important bit on Knife tool there

Now that’s a great trick eppo and a veryl interesting use for this recent new feature !