Re-modeled all the crayons & re-drew all the textures for them. Still not a lot for rips/tears, but the wear is in there. Cheated on the box, just added some virts and tossed a lattice on it. Better, worse, same? (I’ll toss the framing back on it during the last go-round). 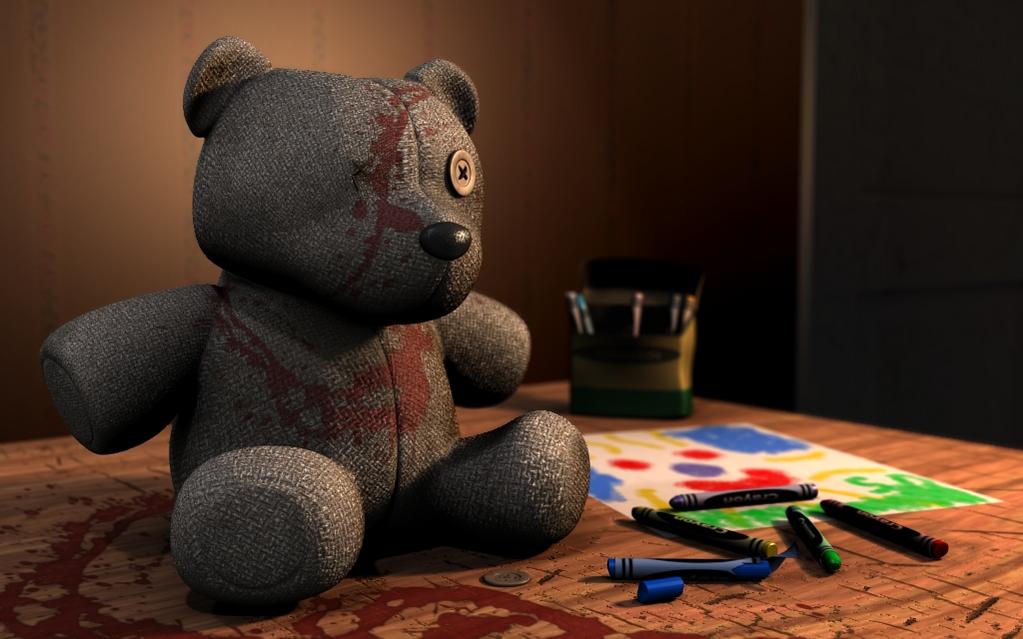 Hmmm that bear looks oddly familiar… Seems like I’ve seen him before, possibly form a tutorial long ago?

Yeah, I worked trough Blender Cookies tutorial learning the box modeling basics. I didn’t like hanging elements of the mesh nor seam placements so didn’t follow the tutorial exact. I modeled the buttons and nose separately such that I could UV unwrap them and have cleaner UVs on the bear itself. I also learned about http://www-users.cs.umn.edu/~mein/blender/plugins/texture.html. I then baked them to get at some of the other details.