There is a Bug in the NLA that is forcing me to use 2.67 for most of my character animations (because I use the NLA very often). It’s very simple: When the same Bone is being animated in each of the two NLA Strips, then the values don’t smoothly blend, but instead they just go bonkers. 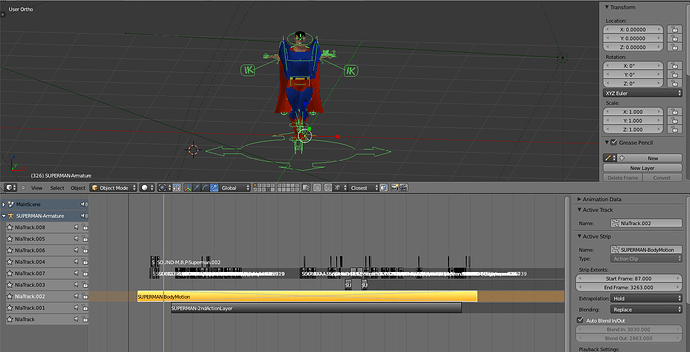 If the NLA Strip is isolated from all the others, then the values of the Armature are all fine. The Bug is just because of the blending of values.

Here is the Bug Report that I filed several months ago (soon after 2.68 was released). http://developer.blender.org/T36496

It was assigned to Joshua Leung (“Aligorith”). The reason for this post is to simply request that anybody who believes that they can resolve this to do so. It’s astounding to me that others have not reported this Bug, because I run into it all the time, and so I am using 2.67 more than the 2.69, and this is obviously a big inconvenience.