No way to merge vertices from separate objects?

As far as I can tell from what I’ve searched for on here and the internet (and my own messing around in blender), there is no way of merging two vertices from separate objects…? You have to join them up, merge the vertices, then separate?

…I’m a newb, but let me give a shot at trying to explain to myself: The potential reason behind this is that once you join the two vertices, it is fused with the other object, making it a child of that object? Something like that?

Thanks for the help in advance,
-J

This makes sense since the vertice data of each mesh is held in a separate datastructure.
I don’t quite see why you would want to merge vertices of two objects without joining them into one mesh.
If this is just for convinience reason you could probably comup with a python script that does the steps as one.

Well I was attaching a roof to the top of a building and wanted to separate the roof from the rest of the house because I figured it would make it easier for applying materials/textures later on. Perhaps I should add the texture prior to attaching it?

You could skip attaching it altogether. I mean, this isn’t architecture. The roof doesn’t need to keep the rain out.

haha, true - I just couldn’t figure out an easier way to make it “fit” on top - I went about it the hard way and had to scale a cube to the approximate size than merge the four corner vertices to the base, as opposed to duplicating the base from the start. It was too late at that point.

If you want the roof to move with the house, then parent the house to the roof.

If the roof is one solid object, then hover the mouse over a component and hit the L key to select everything linked.

You can seperate chunks of mesh in one object either by adding a new mesh in edit mode, or by using the Y key.

You can also overlap objects, as long as no faces are sharing the same exact plane. 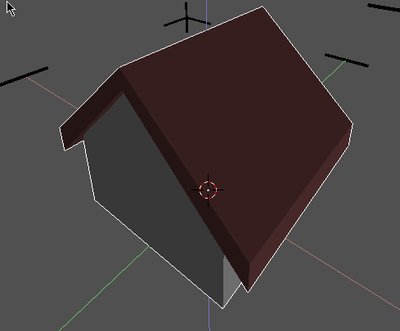 Which looks like this with the top faces removed: 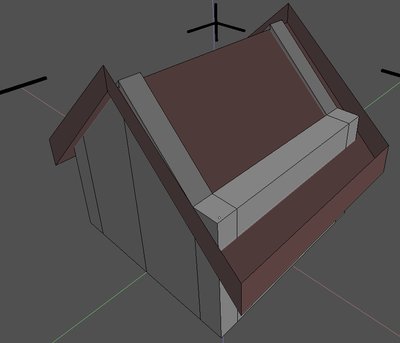 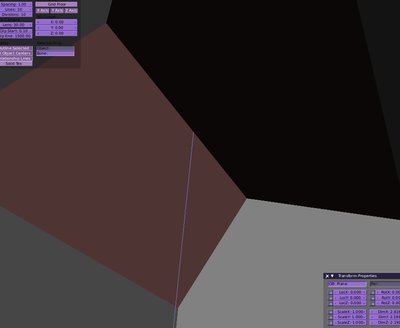