Hello all
I’m a relative noob, and have been fidgetting around the past few days tryng to create a good PROCEDURAL white carrara marble texture with cycles. I want to arrive at a look as in this page here (although thats a real marble scuplture!)

This kind of pure white (no real streaks or stains) is what I’d love to replicate.
At the moment I’ve not tried to add any sss, just trying to get the overall texture right first - but I will do that too

Here are the nodes, .blend and output 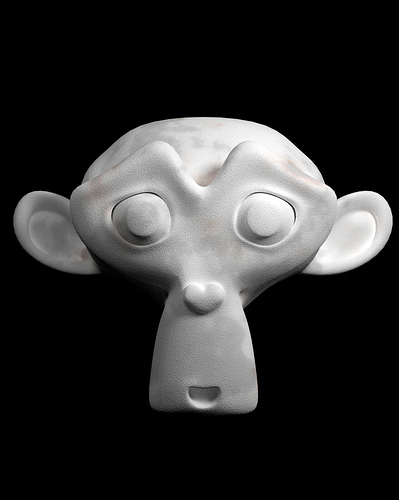 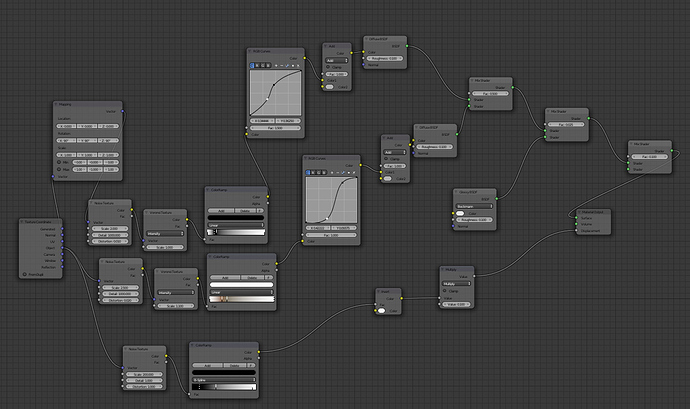 Thanks for your time in advance
Sanjay

The photographs are very good references, the cinema4ad one is not much good (why use a procedural as a reference for creating a procedural simulating a real world material??)
So based on the photographs you need diffuse BSDF, subsurface scattering and translucent BSDF.
After you get these three adjusted, maybe a Glossy BSDF - depending on the amount of polish you want to put on your marble. Finally a little bit of noise texture might be appropriate for all the shaders, but just a little - Carrara is smooth and uniform.

Thank you DruBan for your feedback
I’ve made a few changes to the setup already - trying to simplify the whole setup, along the lines you’ve suggested
The link to the cinema4d is only because its the only other carrara marble image I could find of this type. I was interested in showing those brown and grey ‘blotches’…
I was trying to not use the SS node because its not ready for GPU cycles yet, but I think I’ll need it so, I have no choice but to return to slow CPU!
I’ll try again and when I’ve got a better output I’ll post it here.
Again, thanks for your input

Good luck Sanjay, difficult to do it without the SSS but definitely possible to simulate SSS with the light path node, if that would help your speed.
But sometimes it’s better to go somewhere slowly than to go nowhere at high speed! (I’m a CPU only user so that might just be sour grapes talking!)