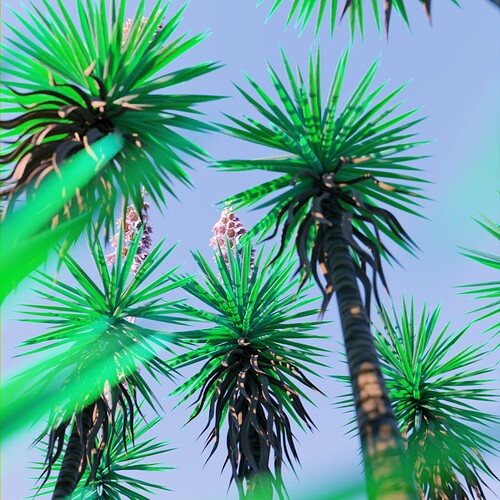 Uploading this late, but i want to keep my plants together, to have it as something portfolio-ish.
Should i put in more work, for this case? without the time-limits of nodevember now, i could take more afford into shading. what do you think?
should i rather do more different plants, or enhance the quality?

Now to the Yucca. After trying something else which did not worked out, Yucca was plan-B.
I spend only one day on this, so this is the perfect example for: could be shaded better

It is inspired by the Spanish Bayonet ( Y. aloifolia), although it’s not entirely correct.
I noticed too late that the flowers are arrayed up to 5 instead of always single, had a different yucca in mind, well, probably nobody would have noticed. my other plants are hopefully more botanical correct. so i wanted to mention it. 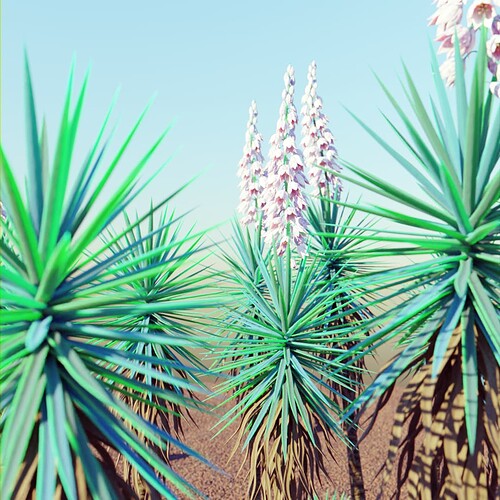 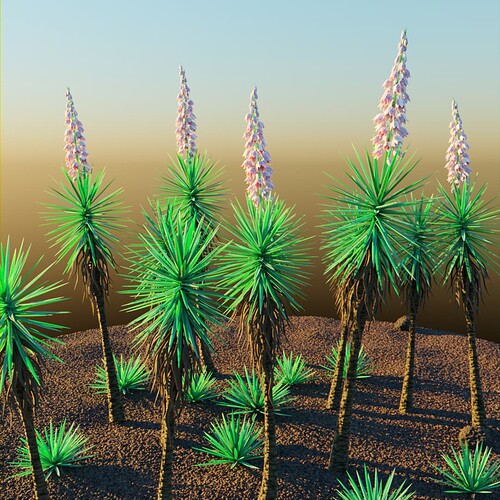 Nothing to special about the nodes, it’s mostly the same than the others. although i instanced the leafs here two times and than deleted greater/less than of the points by index, to make it easier to handle between dry and green leafs 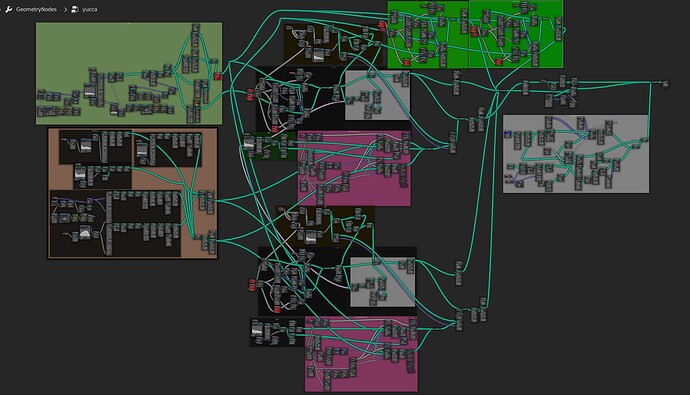 nice, more closer screenshots of all the nodes setup would be great…

I know, everything you can see there, is chaos and that it’s made with nodes. sorry, it was initially done in rush. I am currently working, on optimisation and cleaning up the nodetree’s more. I will add a better picture.