This is my most recent render modeled in Topmod, scene set up and model tweaked in Blender, rendered with Kerkythea using Bi-Directional Path Tracing method. DoF was added in GIMP with a depth map. Hope you all like it, let me know what you think! 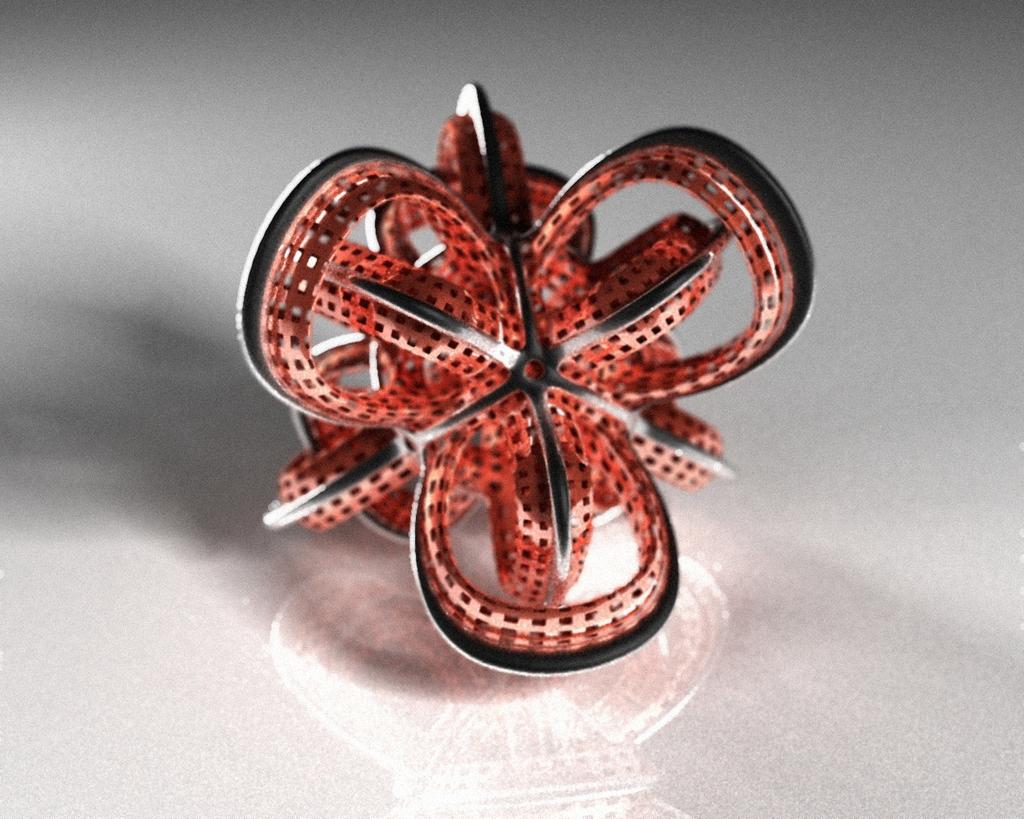 That’s quite a pedigree. I like it but maybe it needs some more filtering / samples / something (whatever the kerkythea term for more render time is) I like the model / materials.

I love top mod. And what he said ^, it looks grainy.

Actually the material looks amazing, is that a Blender material or something Kerkythea sepcific (as far as I know it has its own scene editor?!) ?

Other than that, cool object, the problems with the image have been stated already. I do think that it might deserve a better lighting, too, or maybe a better ground, with less distracting shadows and highlights - nevertheless, cool

Thanks for the comments everyone! Myke, the materials were set up in KT in its scene editor, the object’s materials are “layered materials” (phong-glass-phong). As far as the lighting and graininess - I decided to render with Bi-Directional Path Tracing after the scene was taking waaaay to long using photon mapping. But you can’t turn off shadows to certain lights using BDPT, so I made those shadows that I didn’t want to see as soft as possible.
Then after rendering for about 12 hours I noticed there were alot of “fireflies”. I checked on the KT forums and supposedly they were only going to get worse from then on… So I used despeckle in Gimp and added DoF but the ground was still very grainy, and it looked kinda weird with part of the image grainy and part not, so I added a slight noise to help it blend. Hope that makes sense.

Here’s the image before any post-pro… 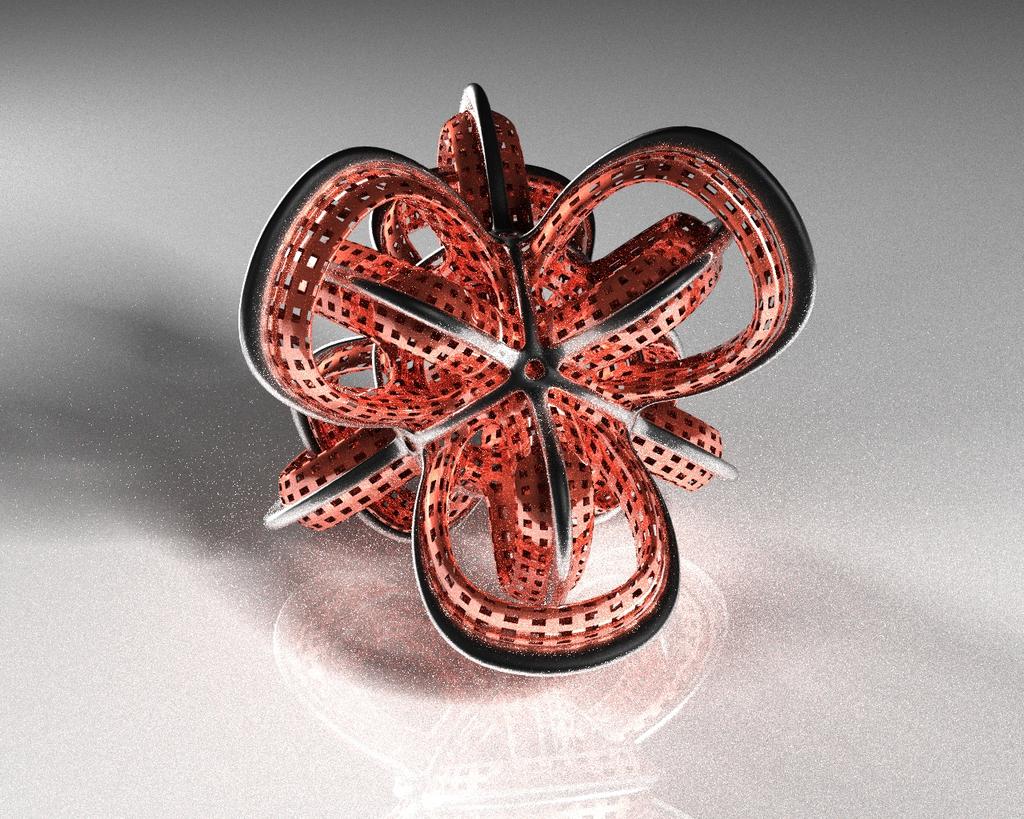 I just wanted to let you know that there is a brand new version of TopMod available for Windows and OS/X that makes creating sculptures a lot easier. Try it out here:

and check out the video tutorials here:

If you haven’t heard of TopMod, it is a free, portable, platform-independent topological mesh modeling system, but the best way to find out is to watch some of the videos.

Let me know what you think. I’m redoing the interface and adding new functions for my graduate thesis research, and I’m always looking for new ideas and critiques. Thanks for your help,