First off, I would like to apologize for the dumb question. I am still learning how to use Blender, and trying to do something cool is how I learn to do things. One of my first real projects is modeling an airplane, as aviation is one of my big interests. Anyways, I was modeling a winglet, and was doing a simple colored texture bake so I could render some pictures for a blog i’m using to keep track of my progress. Anyways, the way one tutorial talked about simple textures is to give an object a colored material, then UV Unwrap it, and bake it, then apply that as the texture for the material(s). Well, when I did this, I ended up with a large black array on the winglets. [fig. 1]
So after some googling around the solution I came up with was to delete duplicate verticies. This…helped sort of. Instead of a big array of black, it was constricted to two rings. One around the top, and one around the bottom. [fig. 2]
Any reason why this may happen, and also how to fix it? The same thing is happening with the tail, as well… [fig. 3]
I know it is probably a really stupid question, but I’d really like some help on this. 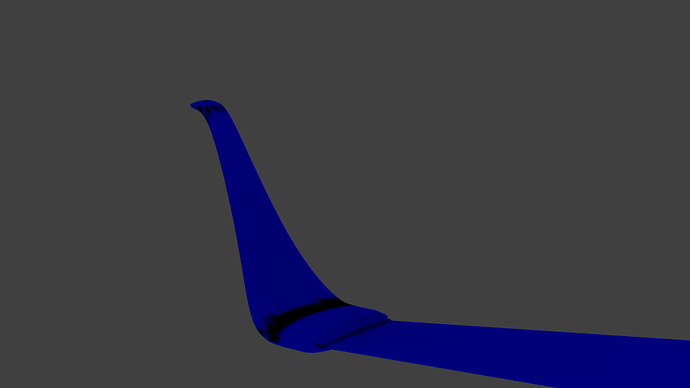 People are going to need something to work with. Maybe check the tutorial linked in my signature.

I’m gonna guess cause i’m not sure about what is causing your problems unless i can take a look at your blend file… That might be normals flipped. Baking with normals not facing the right direction might cause issues. You mentioned deleting duplicated vertices? Did you do this before or after baking? That can mess up your uvs.

I deleted the vertices before baking. Here is the blend file: Plane.blend (1.27 MB)

I’m really sorry, but I’m quite new to blender. I don’t really understand the links in your reply. In your picture it looks like you managed to have everything look perfect. Could you please explain to me what you did to get there?

Could you please explain to me what you did to get there?

Not everything. Would be too many things to go trough in detail. Can show what I did to the geometry though, those were in the original question. 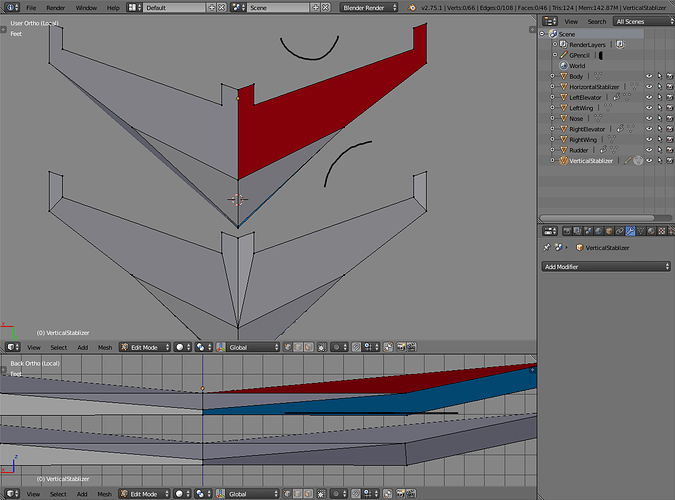 N-gon face marked red is concave (U shape, direction shown). It’s an n-gon so it can be a problem for unwrapping and concave polygons such as this one might create another problem with geometry itself or textures. I made it convex but didn’t get rid of the n-gon. Selected two vertices and used vertex connect (hotkey J) to cut edges between them.

The n-gon marked blue is also concave but in another direction. There is no edge on the fold so put one there. It is also non-planar but not severely, so it will probably be fine and I ignored it.

Same cuts for the other side and faces underneath. 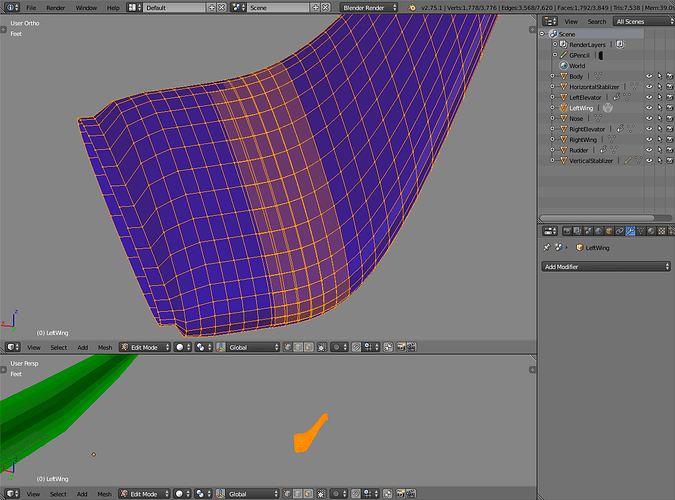 Selecting none and then select menu -> non-manifold can select areas where there is a potential mesh error. On the body and the nose it selects edges around faces and those faces need to be removed (X-> faces). On the wing tips it selects many edge loops and the reason for that is overlapping geometry. That is also visible when selecting all, like in the screenshot. 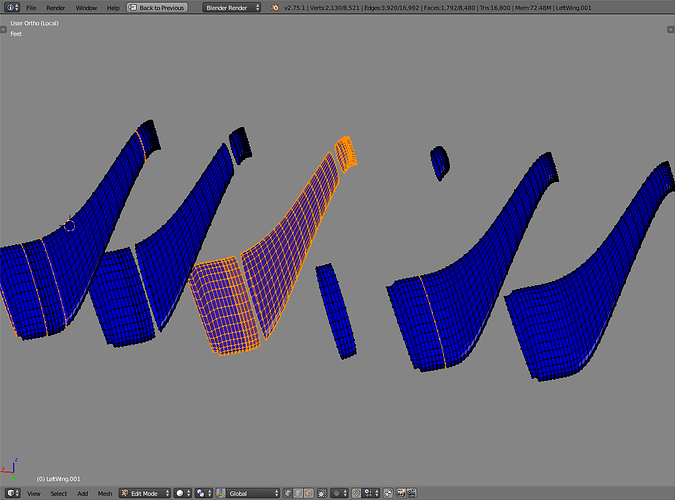 From left to right:

Thank you for your reply, a lot of this stuff is starting to make sense, and my winglets are now black streak free

With the N-gons, though I’m still a little confused. I get the blue n-gon, how its curving inwards, and adding an edge there makes two faces, which fixes the concavity, however my confusion is with the red n-gon.

How did you make it convex, and which two verticies did you link?

adding an edge there makes two faces, which fixes the concavity

How did you make it convex, and which two verticies did you link?

Actually I said it wrong. When viewed from top, the red n-gon is non-planar because it’s facing the other way. But it’s also concave when viewed from the front because the middle is lower than the sides. The “fix” is the same though Exaggerated example. Adding an edge between those two fixes concativity and makes one of the two faces planar enough. The other one is still skewed which makes it non-planar. That is the one I ignored. Getting rid of concave polygons is more important

The top one is also concave and non-planar 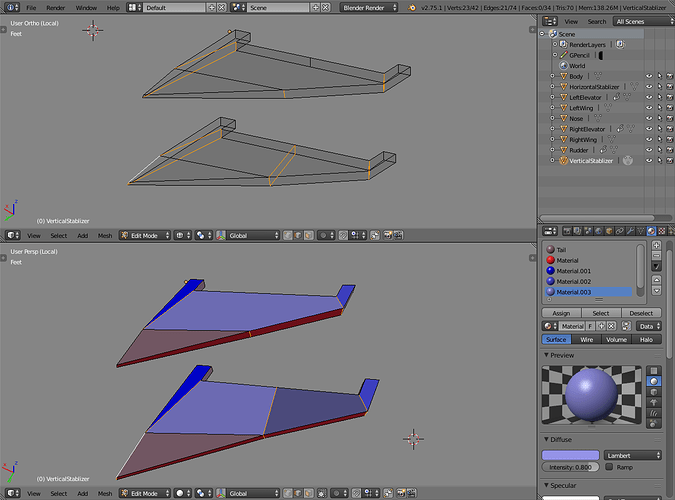 I added cuts with vertex connect to make the polygons convex but left the middle one that was still an n-gon. You could add a cut in the back and make it two quads instead if you want. The same cuts are almost mirrored underneath and on the other side

And once more to be clear 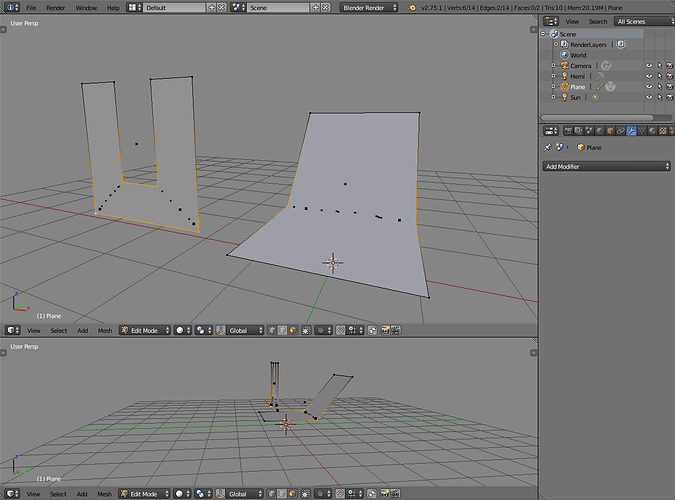 Left: concave, right: non-planar. In this case both are bad, no-good situations and they scream to have edges on the fold.