hi,
i recently started experimenting with blender, and i think this is a great program…
but ofcourse, with only a couple of days of experience, i was bound to get stuck.

is there a noob thread here about how to do things, without all the technical wordings, that won’t melt my brain?
if not, can any1 explain (in plain english) how i can get a pic on a plane rather than just a color? 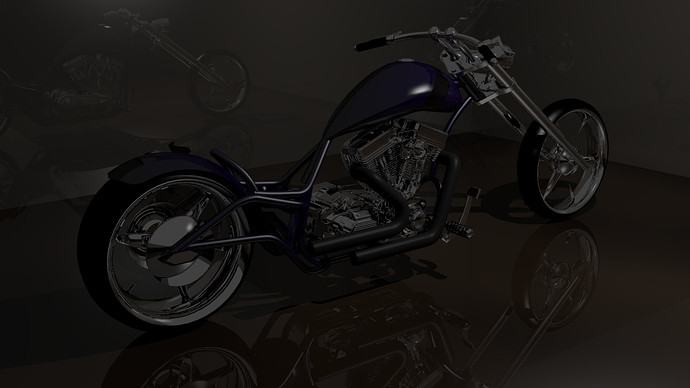 my main problem is that i can’t follow any tutorials, because they usualy use older versions of blender than the one i have. so most of the tabs/buttons aren’t where they supose to be…

if any1 here is willing to sacryfice some time for a noob, please let me know… it would be very appreceated.

If i get it right: Check top menu File, User Prefs, Addons tab - in search box type “ima” and 4th from the top comes Import Images as Planes. Check mark that. Close user preferences or click Save User Settings if you had it done in just opened new file.
Go same File menu, Import, and look for Images as Planes.
Before you double click on image file name you want to import - look on the Tool shelf (one which comes up and closes when you hit T) bottom part - there will be options for import, different for Blender Render or Cycles, depending on which one you had chosen before.

sorry if i sounded a bit blunt, but as i’m self-teaching, i don’t know any of the technical names like nodes and vertices…
it’s hard this way, but it’s fast… and that’s the way i learned just about anything i know.
i also found the lighting thing, so next pics won’t be so dark.
anyway, thanx for the quick reply,

i think it works, as i don’t get any complaints, but i still can’t see the image.
i also tried with a new plane but no luck either.
do i need to set something somewhere?
thanx,

if you can see the image plane incoming in the 3d view, look on the bottom menu next to where you change Object mode to Edit mode; white sphere icon - change that to Texture. There is a bunch of other settings depending of if you had Cycles or Blender Render selected on top, but as a fix band aid this should work.

well, i got it on there… but it’s crooked.
the pic is turned like 30 degrees to the right.
it shows turned on the window on the right (sphere).
there’s nothing wrong with the pic, tho… it’s straight.

Well, how about one more screenshot? If you look at photo laying on the table that might look like so…Click 5, 7 and dot on numpad.

it looks like the image is almost upside down…
as you can see in this pic on the sphere, it’s also pasted on the background wall that way: 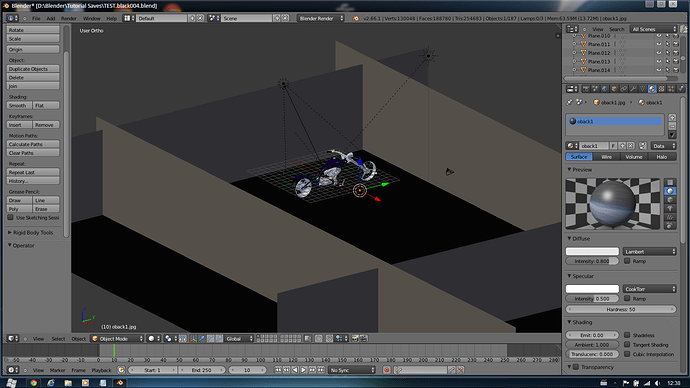 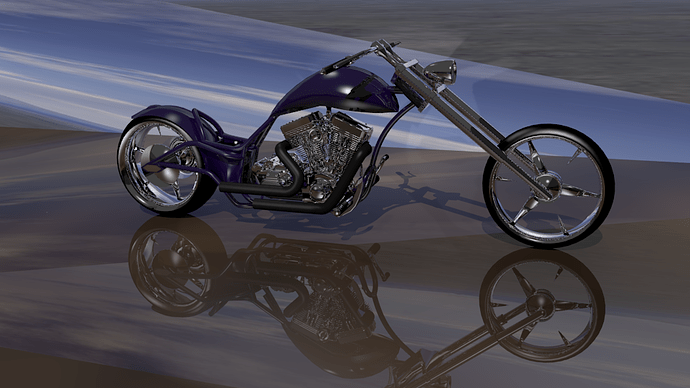 even if i switch from sphere to plane, it looks right on the plane on the right, but it still looks crooked on the wall: 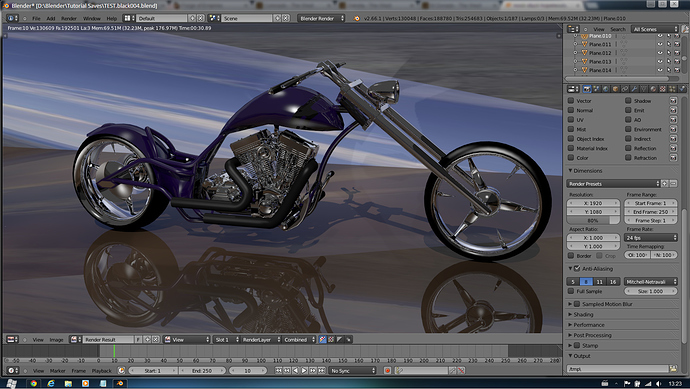 dunno how to get the image right. there’s nothing wrong with the pic as i tried different ones.
btw, i don’t have a clue if i’m doing the right thing. the idea is to get an “environment” rather than just a wall.
maybe there’s a better way…

You need to UV unwrap the planes. In edit mode, press “A” until all the points light up. then press “U” and select upwrap. Do that for each plane, and your image will appear properly. What’s going on here is that 3D models, such as that plane, have a map called a UV map. This is needed so that more complex models, such as a box, with 6 different sides facing 6 different directions needs have all 6 faces “laid out flat” so they can be textured with an image or painted with colors. Imagine if you had a cube made of paper. if you cut 3 of the edges on the top part of the cube, and the 4 vertical edges, you could then open up and lay down the paper so now it was flat. This is needed so that one can go into photoshop or gimp or whatever, and “paint on” the image you want. When blender renders the scene, it models the 3D box as you see it, but it uses the flattened UV map to determine how to apply the images to the faces. to import an existing image, you have to go to the materials section in the property panel, create a material, then click the little dot on the color picker just below where it says “Difuse”, and you can select “Image Texture” from there.

It is old, still.
Addon Import Images as Planes takes care that image plane is properly UV unwrapped and materials assigned according to Options checked during import plus materials are fit to currently selected render engine - BI or Cycles.
So that one do not need to go trough Dante’s Circles ^^^ to get image on plane in blender anymore. 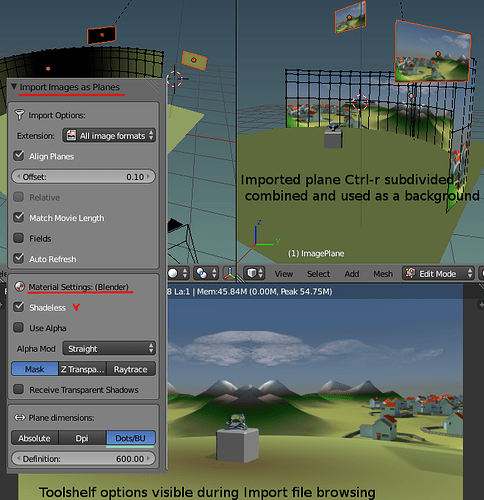 I dont know how much fooling around you want to do but an interesting method is to take a UV sphere flip normals and map the texture to it, scale it up large enough to engulf your scene. however you may not want to experiment with this as im not sure its the effect you’re after