I’m having major problems trying to do normal mapping on macs.

I can’t find any plugins or apps that generate normal maps from bump maps that will work on a mac except for the ‘NMG’ normal map generator, which I’m finding to be pretty useless. It only seems to except tiffs and generally fails to produce any useable results. The only normal map I’ve been able to generate from it is the default NMG logo.

If I then try to map this normal map to a basic cube inside blender, no sign of it shows up when I render, even though it is having a visible effect in the material preview (see the attached image). Can anyone tell me where I’m going wrong, as this is my first attempt at normal mapping and it’s turning into a real headache.

Also I was wondering how other Mac users manage to generate normal maps?

Thanks for any replies 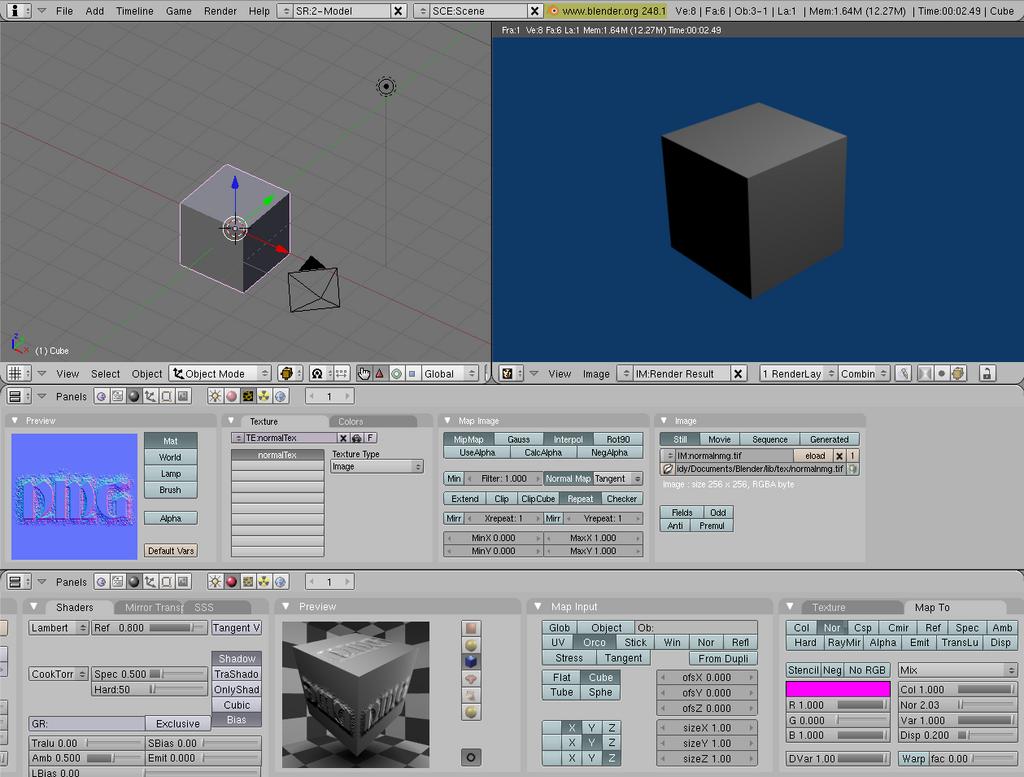 You just have to unwrap the cube; I guess it doesn’t work with orco coordinates.
The box in the left is uvmapped whereas the one on the right side uses orco in the map input panel. 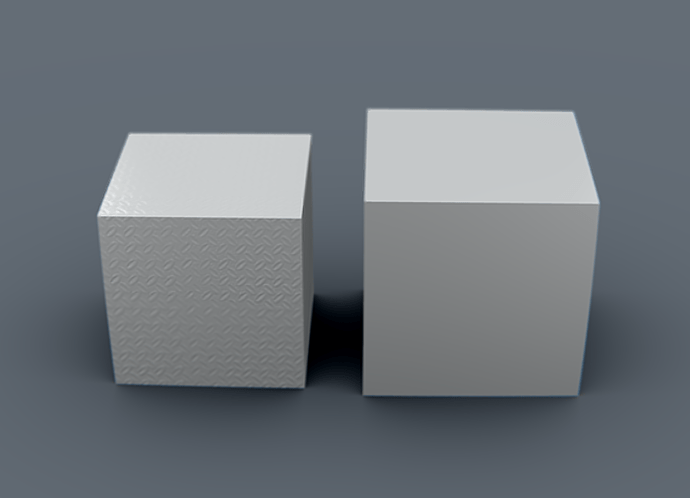 Thanks Sick, I’ll give that a go. Looks like you’re right.

Still… does anyone know how to get decent normal maps from NMG (normal map generator)?

So far I’ve tried using 512x512 and 1024x1024 images that are converted to greyscale and then back to RGB and also converted to 16bit and then saved as tiff’s. This doesn’t give any good working results though as the normal maps usually end up massively over scaled or something.

Still… does anyone know how to get decent normal maps from NMG (normal map generator)?

I generally paint a grayscale bumpmap version of the texture. I normally get a very usable result from that. Last I checked, NMG also took jpeg. If you save your file at a high enough quality, you should be able to eliminate most of the artifacts.

It depends; however, on the texture. NMG is a very basic app, so you can’t expect too much out of it. But, if you get desperate, they’ve finally come out with the mac version of filter forge. If you buy the pro app, than you can create your own textures with diffuse maps, normal maps, spec maps, and everything else. (http://www.filterforge.com/buy/).

Thanks for the info Yournamehere.

Filterforge looks pretty good, only I don’t really have any time to spare waiting or the money to spend at the moment.

I’m attaching some images of the kind of results I’m getting from NMG.

You can see the grayscale jpeg (instead of tiff this time) of plaster, that originally is 1024x1024, that I’m trying to open in NMG. The other image is a screenshoot of what shows up in NMG. It’s nothing like the original image. What’s going wrong? 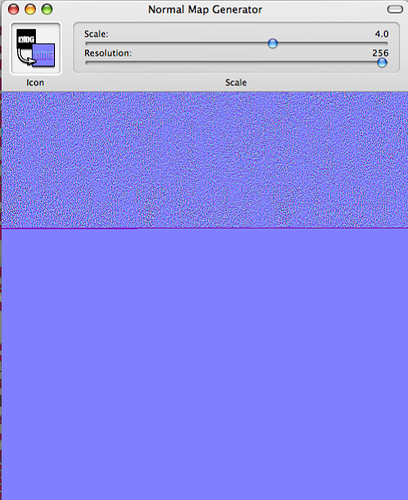 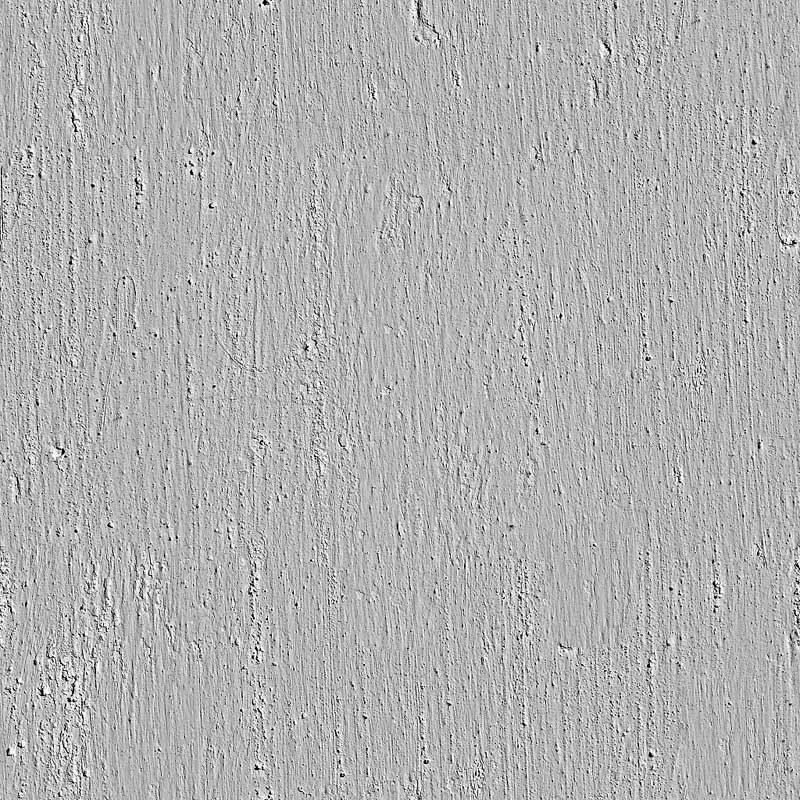 the reason I’m trying to use a normal map instead of a simple bump map is because of the issues raised in this thread started by chipmasque:

I feel bump maps in blender aren’t very accurate in this sense. I understand that they would naturally become less apparent on surfaces pointing away from the camera, but to me the falloff of visible bump mapping seems too drastic, and normal maps seem to do a better job.

Filter Forge, already mentioned by yournamehere, currently has an open Mac beta, so you can join and create bump/normal maps on Mac.