I’ve been wanting to do normal map mixing in the node editor for a long time. I was digging around today and found this:
https://developer.blender.org/D1120
It’s a patch that creates a node to convert heightmaps into normal maps in the node editor and to perform normal map space conversion (worldspace to tangent space etc.).
Following through that discussion linked me to this commit:
https://developer.blender.org/rB5abae51a6ef5b0f1b817ef5ce4bff34fef5001cd
Which indicates that it made it into official blender on Apr 26 2016.
Looking through the diffs in that commit, seems to indicate that the node should be found under Vector->Normal Map

So I merrily downloaded the latest buildbot build, and there was the shiny new node. 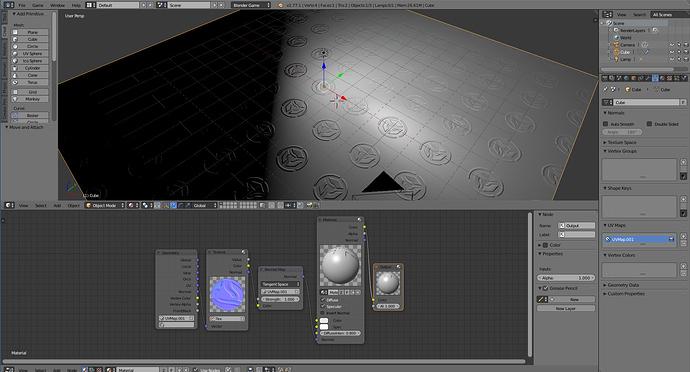 Anyone know the process of reporting bugs for buildbot versions? (Or is it likely I misunderstood the purpose of the node?)

Aha. Following a bit of a hunch, we now have: 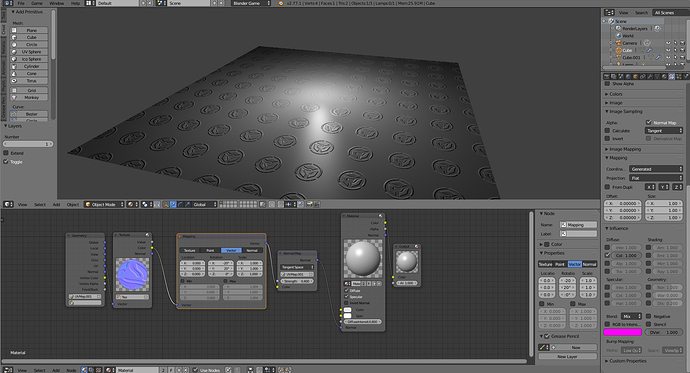 Oh nice, I also waited a long time for a normalmap node.

If you still consider there is a bug, to report it you can go there: https://developer.blender.org/maniphest/project/2/ (top right corner)

Maybe you have to suscribe. There’s a template to format bug report when you are making it.

Love it! I just grabbed 2.77.1 and it worked like a charm with your settings. Much appreciated!