Can anyone tell me why I’m getting dodgy shadows in the viewport when I try and use a normal map with the principled BSDF shader?

Here’s my model with a Diffuse BSDF:

And here it is with a Principled BSDF:

Is there some basic thing I don’t know about that I’m not doing right?

Gah, NOW non-color data is working, I swear I set it to that 100 times to no avail before now

Ok, so I got home and opened up my scene and it was fubar again : /

After digging around, I think I’ve identified the issue, and it appears to be (at least in part) a blender “feature”: 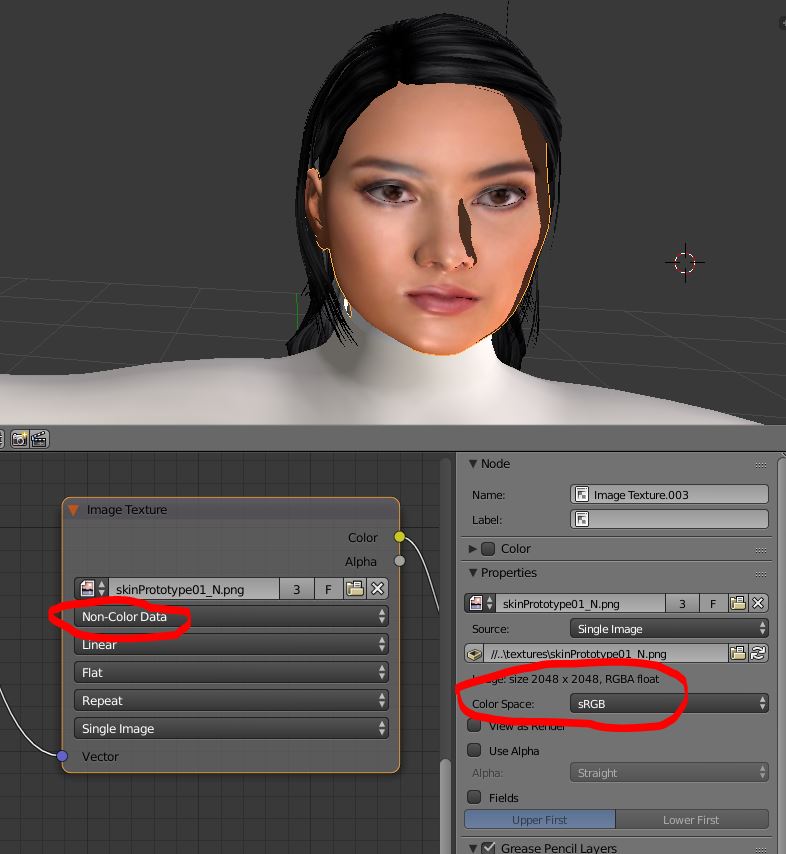 If you google this problem, a number of posts tell you to set the normals image texture node to Non-Color Data.

By pure luck, I noticed that Color Space over in the properties panel (for the material node window) was still saying sRGB.

After setting this to non-color as well, my normal map now displays properly.

Yes, there are some inconsistencies between image texture node and the datablock properties that need some closer look. Color space is not the only one.