Actually my knowledge should be beyond this already, but… I was creating gears.

One model with extrusion and edgeloop details for nice edges. Edges got nice, but messed up the smoothness of the bevels and had lots of polies. See the blendfile - it’s not somewhere in the middle between sharp and rounded in these areas, which kinda sucks.

Second try: a curve. Bezier circle, subdivided it, set to vector, perfect shape, converted to mesh, cleaned out messy front and back mesh and redid it manually as seen below. Removed all duplicates and recalculated normals - but what do I see?

Another question: I tried to create this as a curve so I coul MAYBE create it as a flat curve and bevel it with another one. Well, that works, but only for the inside and outside part of the curve, but there’s no beveled filling possible - or is it possible after all and I’m just not getting it? 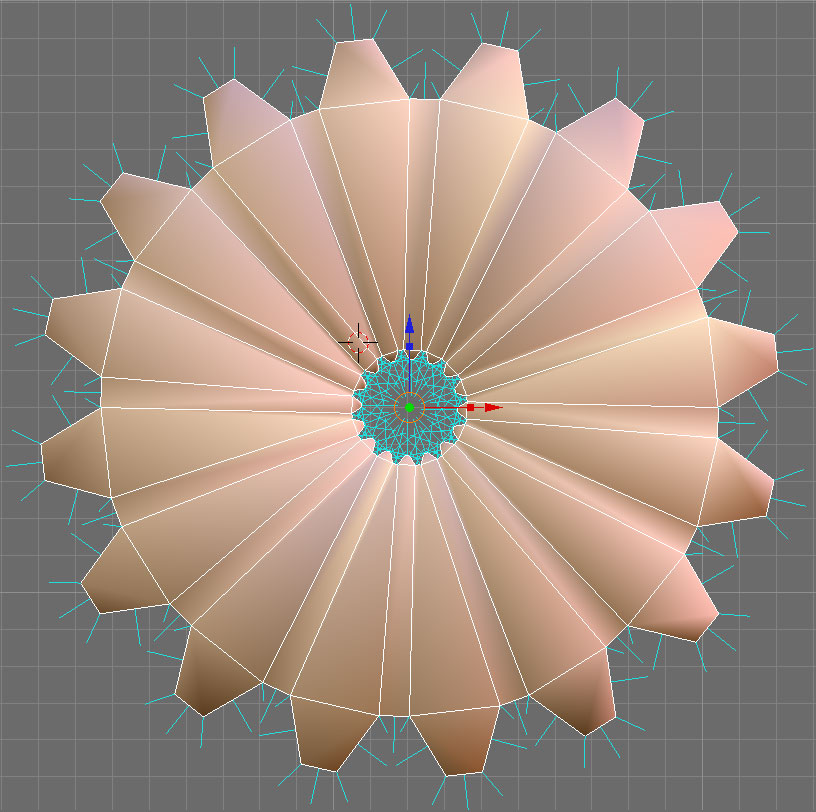 The big gear has a bit of a problem in that its extra edge loops are all in the same location. So that whenever you remove doubles, you lose 1400 of 'm, and the whole model falls apart.

Two things you can do here, I think; EdgeSplit or Subsurf.

EdgeSplit creates sharp edges. It’s your lucky day, since the default From Edge Angle value gets you exactly the right results.

Better yet, I think, Subsurf. I made a picture of how I’d do the loops on that one (note that it’s just the four front teeth I bothered with). The gear in the back is with EdgeSplit. Hey - I almost forgot about that one!!

Thanks, Zwebbie. I pulled all the edgeloops out very far, so if you remove doubled, the model falls back to the state before edgeloops were applied. I just wanted the edges to be sharp, but not razor-sharp, tha’s how it looks before subsurf. I’ll try without the loops and use Shift-S instead, maybe that works.
Will try EdgeSplit before! That could also help with the smoothness in the other model all messed up…