here’s something i’ve been working on, but i never seem to be able to consider it “finished”.
so it just becomes more and more detailed… 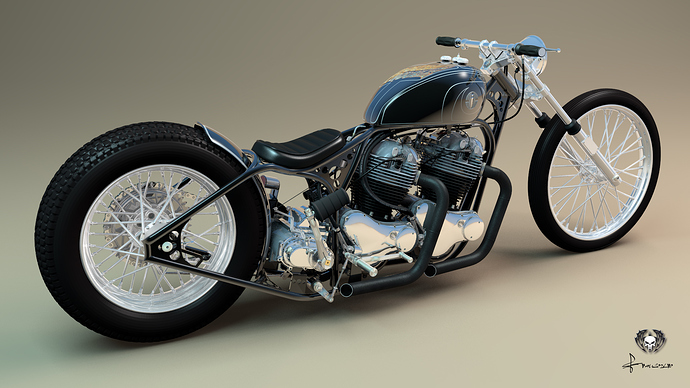 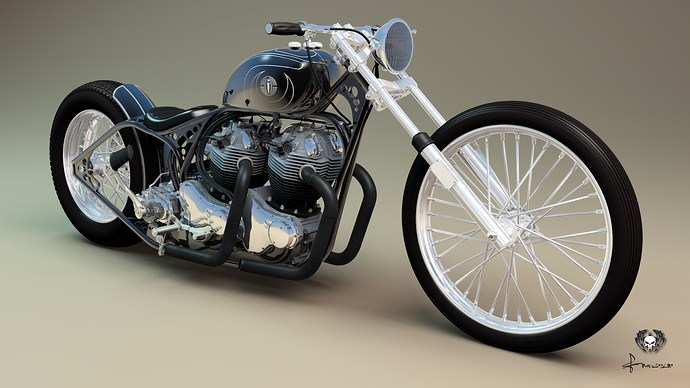 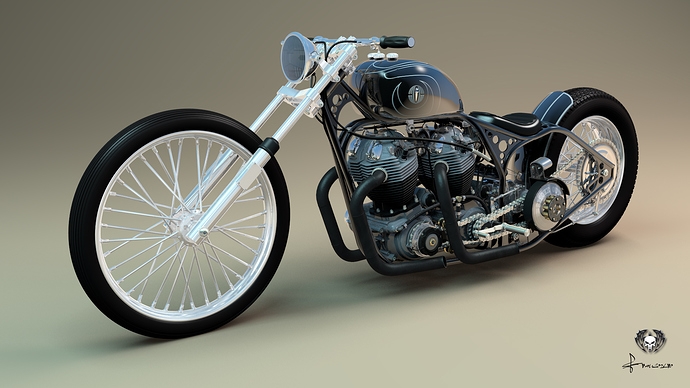 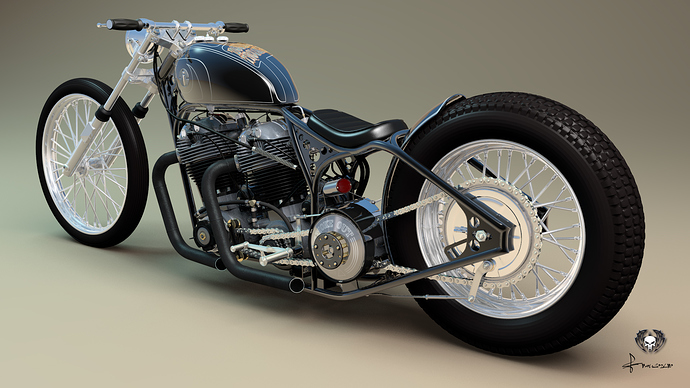 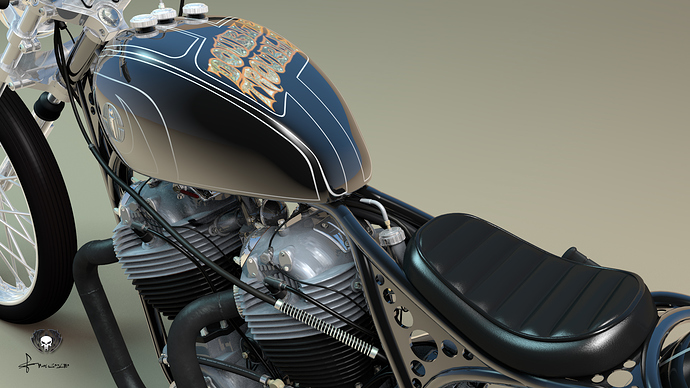 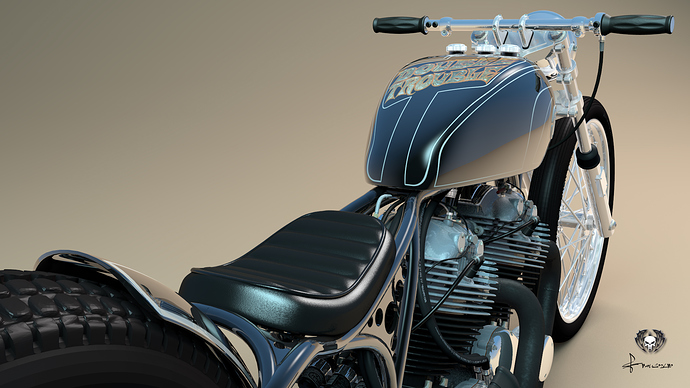 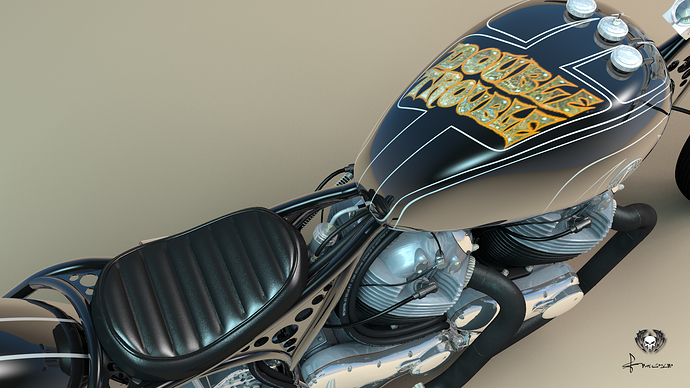 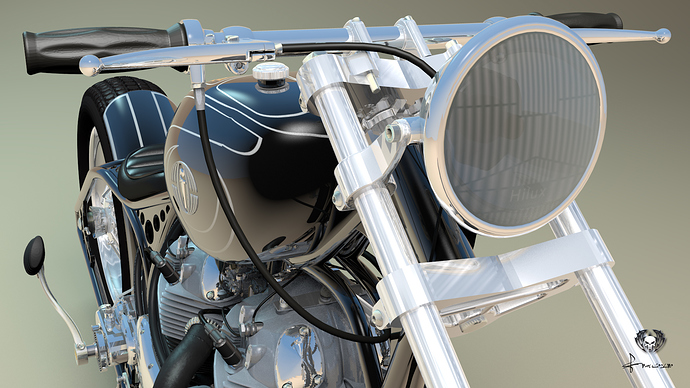 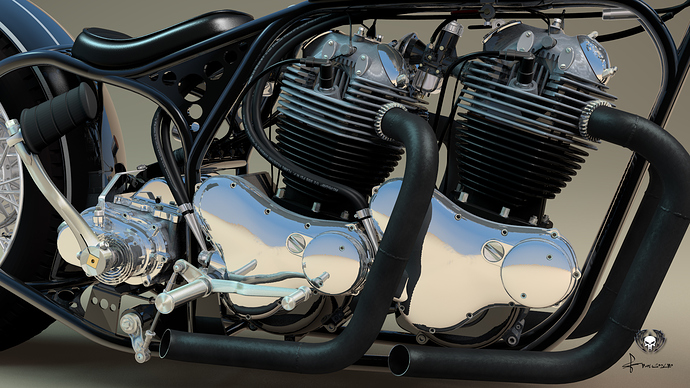 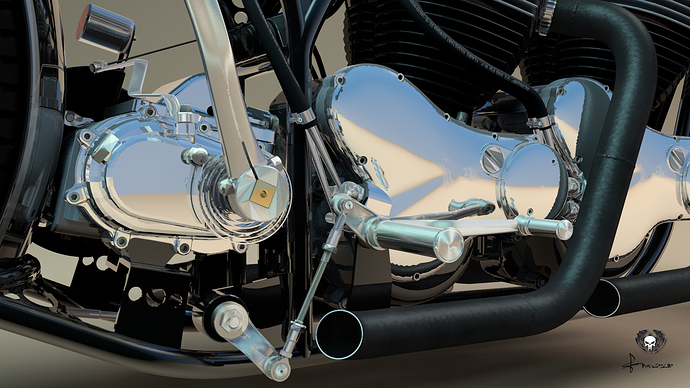 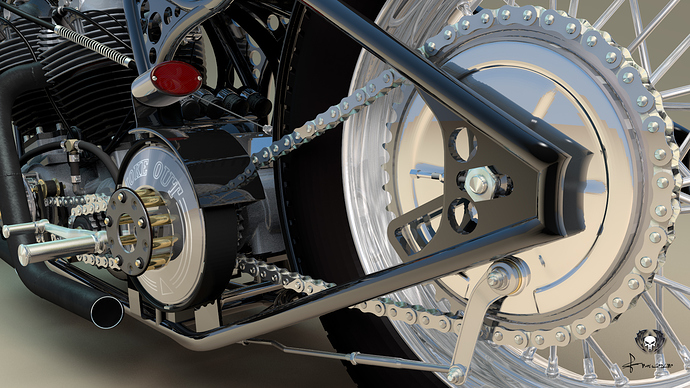 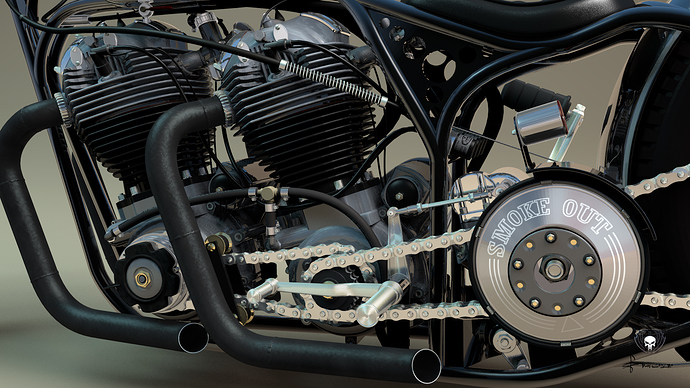 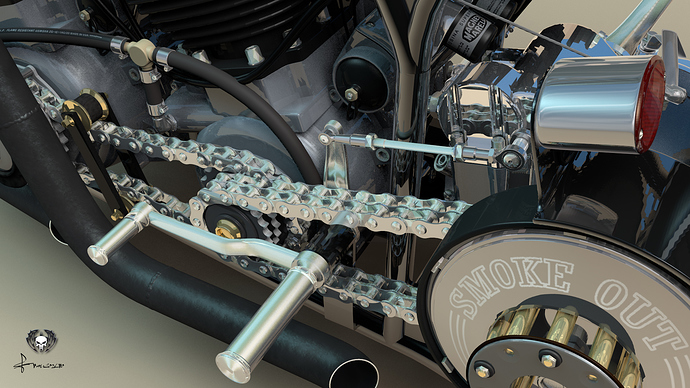 Nice bike - and very nice detail - there was once a twin engined drag bike with two commando engines in it I believe, I will try to find it and post a link if i can.

i don’t think it’s a “real” vintage bike, but it does exist… although never built by Norton.
if i’m not mistaken, it’s a bit of a copy of the Triumph Düble Trüble… wich was a record setting bike with 2 engines.
The bike built by Flyrite is actualy for sale…

It’s a cool-looking show bike, but I’d hate to have to ride it anywhere on Australian roads. Beautifully modelled though. Nice job.

The Harley gearbox is a good idea. Norton Commando gearboxes were always their weak point. One of the left side bearings was undersized for the job. Can’t remember offhand if it was the mainshaft or layshaft.

The twin-engined drag bike belonged to Tom Chistenson, here is the link:

I used to race a Gus Kuhn Norton Commando in the 70’s - the racing gearbox was fine, but the standard road one was not so good.

Here’s the link to the bikes:

Thanx for the feedback guys… Really means a lot.

Its a great bike for mixing martinis (shaken, not stirred)… Not only in australia.
I’ve been riding hardtails ever since '72 (in belgium), and in those days we still had quite some old roman roads there. We used to call them childhead roads…
When i got out for a bottle of milk, i usually came home with a bottle of butter…

Oh, and the tranny was actually 5-speed… Not 6-speed.

About the norton drag-bikes, great info… Never knew norton actually competed in drag-racing.
However, the bike i modeled isn’t old at all… Its more like a vintage-look custom bike wich can be found here:
http://www.flyritechoppers.com/2011PrjAlbum/

Just one tiny critique, if you will pardon this on a marvellous model. The two engine side cases reflect light exactly the same - you must have copied one engine to make the other, this would not have happened in real life as the casting were probably made in sand then hand finished, so you would never get two the same. For me can you just tweak the bits of the second engine so they are not exactly the same as the first? This would make it look even more realistic.

Hmmm… I see what you mean.
I will change both side cases when i get round it, as they are the wrong ones.
I couldn’t find any useable pics of the atlas engine, so i used a pic of a commando engine (wich is almost the same except for the side cases).
Unfortunatly i got carried away and forgot to change pics for the side cases…

Modeling a bike is a lot of work… Nice progress and great detail!

Hmmm… I see what you mean.
I will change both side cases when i get round it, as they are the wrong ones.
I couldn’t find any useable pics of the atlas engine, so i used a pic of a commando engine (wich is almost the same except for the side cases).
Unfortunatly i got carried away and forgot to change pics for the side cases…

Use DuckDuckGo search engine and type “Norton Atlas Images” then expand the list, there are hundreds of them…

Thanx for the comments guys, that realy helps going on modeling things…
And yes, it’s a time consuming job… For me anyway as i’m not a experienced modeler at all.
I’ll do my best to finish it asap, but i’m still working on a couple of other things (like a top fuel dragster).

@clockbender: thanx for the advice… I just kept googli’ for norton double trouble and that’s not much of a help…