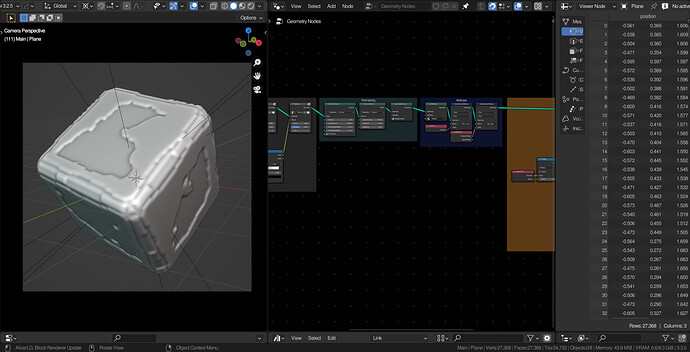 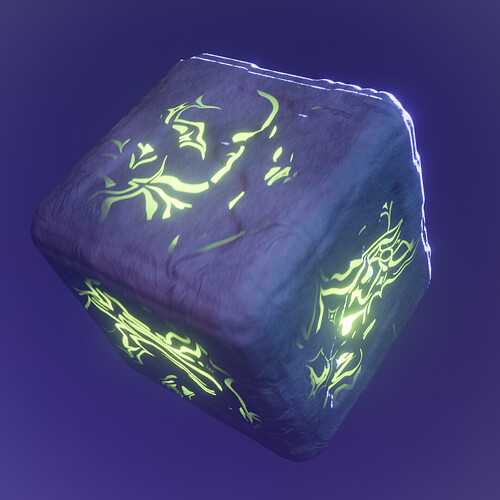 The humans thought they had finally won the war when the Thred fled from Earth, but it was not so. Prior to their departure from the wretched planet, they left behind a peculiar object. Though it may appear to be simple stone in the eyes of a primitive creature, it is of a technology more sophisticated than even our own.

This curse has the power to distort the ways in which one perceives reality.

Now the fire is contained, it can no longer be spread. They will never reach us as long as they are blind to the secrets of rapid space travel.

I pity the humans. They did not deserve such a fate, but it was the Threds’ only choice.

I didn’t have a lot of time to work on this one, (and I’m a day behind) but it was a lot of fun none the less. Getting the animation to loop and the rune shading to cycle through custom colors were the real challenges this time.

There’s also a neat trick I did with the lighting. I used a modified version of Maxime Garcia’s rim lighting setup for the semi-stylized rim lighting. It’s more suited for NPR work, but it’s actually not bad for semi-realistic stuff if you add a bump or normal map.

As always, you can download the .blend for free: 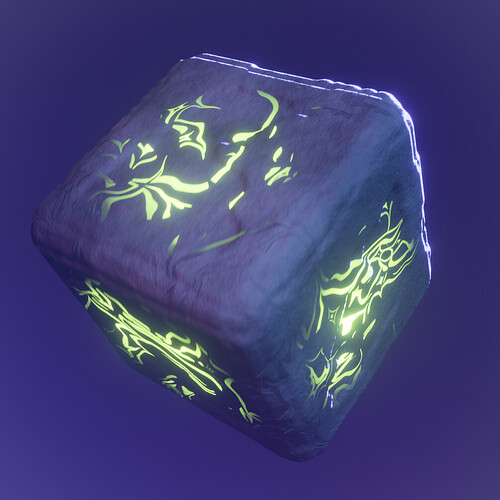 Full blend file of my nodevember project for days 9-10.You'll get a .blend file with a procedural scene, modeled in geometry nodes, shaded with procedural textures, and post-processed in the compositor.

PS: I apologize for the incredibly cheesy lore 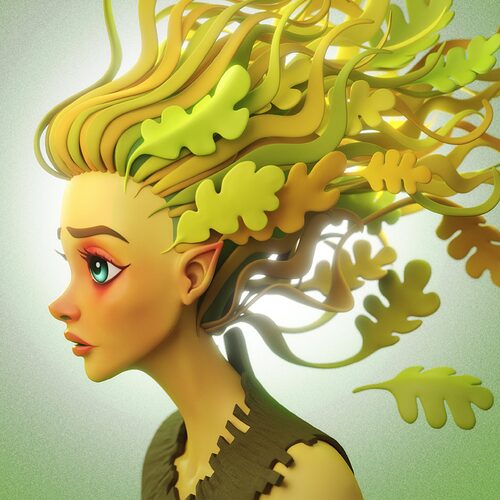