If you are a shareholder in companies like Getty Images or iStockPhoto, then you may have a reason to be very concerned with what Nvidia is doing with its newest iteration of its photo generating AI. 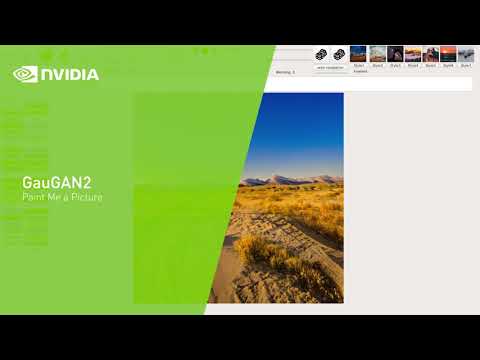 As of this new version, you can do more than just ‘paint’ your photo. Those who don’t want to paint can just describe what you want in normal speech and the AI will understand what you just said (even if the sentence is complex). There are also reports that Nvidia is also taking small steps toward allowing the generation of manmade objects as well (as buildings at least can now be generated, at least to an extent).

In addition, this also brings other, more specific tools to edit photos such as in cleaning them up (for instance, removing people from a natural environment so you have a pristine result). It will still take many years, but I can see this eventually becoming the standard for the creation of things like HDR maps and even the base imagery for textures within the decade,

Sooo… basically Google images? (Not sure about licensing and stuff)

Does it actually create the images - or does it compile a new image taking elements and features from existing stock images? Those are two very different things.

hmm… since you can also draw a rudimentary sillhuette I assumed it created it from scratch but I am not sure.

This makes images with AI.

Is that any different form a user point of view? Form my limited knowledge about AI, it is like putting a bunch of existing images into a blender (pun intended) till you get something new.

If nothing else, then at least the license would be whatever it says in the nvidia license agreement whereas on google image search you never know what kind of license an image has.

But besides that I think it is a lot more flexible.