Object emitter to cast shadow only

I need an object that is working as emission surface lighting my scene and another object that is also emitter but casting shadow only and retain its lighting completely off.

I am working on a project with orthographic render and I need a light that is blending in to dark from a middle of the scene so I have sides of the render dark but center brignt… this is all good but I have no shadow cast visible due to its emitter position.

If I add an emitter that cast shadow to a side only but not the light I should then be able to get shadows and still keep the light blending out from center.

Is there any way to achieve what I want?

You can do this with lights by using two lamps one with negative light that does not cast shadows.

Make a light only cast shadow in Cycles Lighting and Rendering

You can read the solution in that book, too: “If your software does not support either of the techniques just described, there’s another way to create an identical effect. This works in any program that supports negative lights. Start with two copies of a spotlight in the same place. Give the first light a positive intensity of 1 and set it to cast shadows. Give the second light a –1 intensity but do not set it to cast shadows. These two lights work as a pair; the first light adds illuminat…

I have not been able do do it with a “geometrical” emitter object, you can set the emitter object to cast negative light like this

Edit: I can not find a way to set an emission object to not cast shadows in cycles. So I think you will have to go with using lights.

This technique is sometimes so useful that I wish it was much easier to do – as it used to be in BI.

Sometimes what you want to do is to “inject” a shadow in order to save time.

Thanks a lot. Ill give it a try right now.

hi agian, do you know why do I have blue shadow instead of black appearing both in viewport as well as render? I have set the power, shape, size and spread of the positive and negative light to exact same value for both and I also placed them in exact same position, then I added third light which is my main light that does not cast shadow. 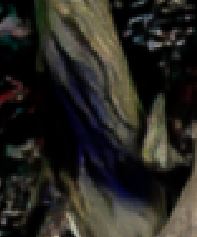 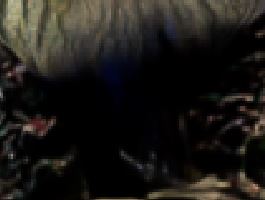 Hmm, I have tested and get something similar when I give the objects a bit of colour, no idea why, it seems to be something to do with the roughness value and the colour of the objects, with roughness. The tinting changes depending on the object colour the more saturated the colours the worse. (greyscale has no tinting.)
Maybe something to do with shadows darkening reflected colour.
Edit, changing roughness does have an effect but does not always fix altogether. At first I thought that with roughness at 1 or 0 the shadow was black but depending on the colours of the objects they also tint the shadow.

seems like theres no real workaround then. I might retouch it in photoshop. thank you for your help

quick question, what color are the lights (positive and negative)

both are pure white

Solution to this problem is shown in attached screenshot.

I basically reversed the two wires coming from normal maps plugged in to mixRGB. Now the blue shadow is gone replaced with proper black shadow. 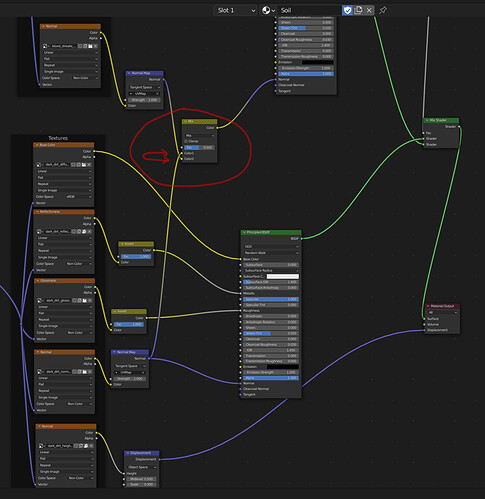