Object (head) is bubbling/moving after rendered?

In the cli[ you can see that the head is bubbling/moving. This when the head had no keyframes,no empty, no link to anything. It only has a Bevel and Sub. Modifier.

Does anyone have any idea why this happens? I checked the internet but most there was related to an Empty or keyframe.

I just don’t get it. I had this one before when I had made an octopus. In the end, I rendered every frame single handle that had a defense. But that is a hell of a job.

I just don’t get it?

Oh and the material is just a simple principled shader. Nothing extra

Can you put a blend in?

The only thing in the blend you sent was a head and it rendered out fine after I put in a camera.

d it rendered out fin 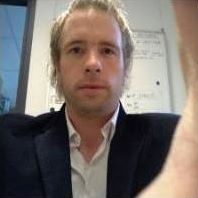 I also posted on stackexchange. The render i did was done in EEVEE. I just did a new render in EEVEE and still the effect. See the link for the clip

After playing with this, I just think you found a bug unless someone that knows rendering and lighting better can figure it out. Maybe you should just report it.