Object inside Fluid in a fluid simulation is giving weird results.

So I’m doing an animated scene with a block of “metal” floating up from under the sea through rolling waves and resting above the water before the camera moves. So I have a water domain, a large cube that is the water it self which I made slightly smaller than the domain so it would move to fill the domain and so cause waves. Within in the domain I have these objects that should interact with the water setup as obstacles.

I’m having two issues, first while the object is underwater its causing obvious artifacts on the water surface where the surface takes on the shape of the object before the object has even broken the water. 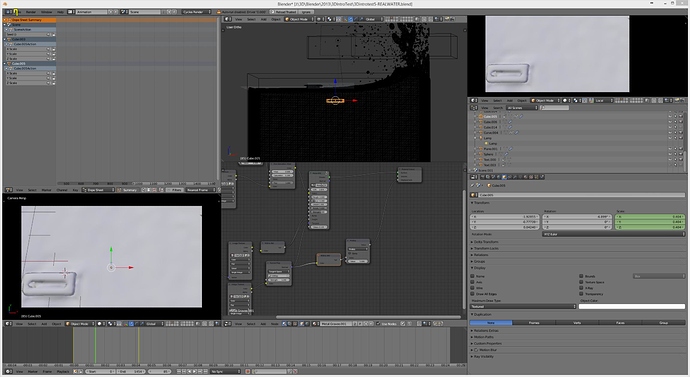 The image above shows what I’m talking about. The bump you see on the bottom left shouldn’t be there but it is, and I don’t know why or how to fix it.

The other issue can also be seen in the above screenshot, the object is centered to the camera so that bump should be center framed. Instead its off to the bottom left. Even when the object breaks surface all simulation effects happen offset from the actual object. Again no idea whats going on, I fixed all the origins to geometry involved in the simulation to their objects, everything has its scale and rotation applied too.

Whats wrong with my setup?