Object lags behind armature in Tail

I have a rigify armature that I added a tail to and applied an Fk IK setup for the tail. The FK and IK functions fine but the tail seems to lag behind the FK armature when I move the control bones. Also, The IK control bone on the tail tip does not follow the tail. I set the parent to Root originally but then moved the parent to DEFhip (the default connection in Rigify for connection to the hip) and the IK tail control bone moves with the body but not the tail when moving the FK controls of the tail. I am including the armature file if anyone would like to look at this and give me some advice on what to repair. Much appreciated. I am almost there with this and the rigify armature seems pretty solid. I just had to add some things to this to make it usable for me. Weight painting for the tail was automatic deform. 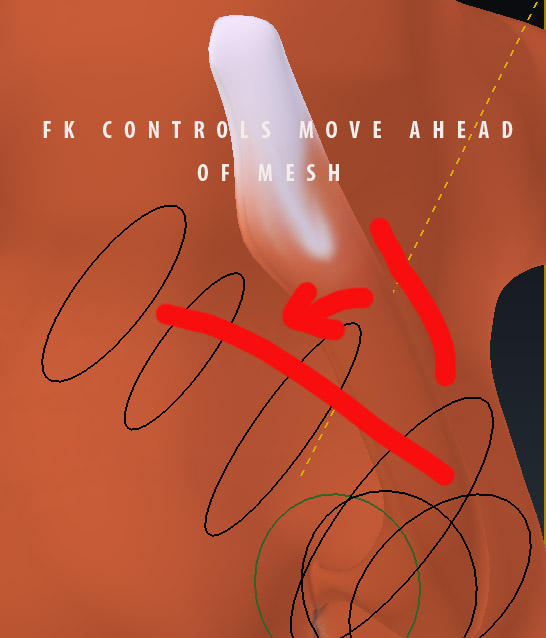