objects on a curve?

see pic
i sure don’t want to put all those rivets in one by one! 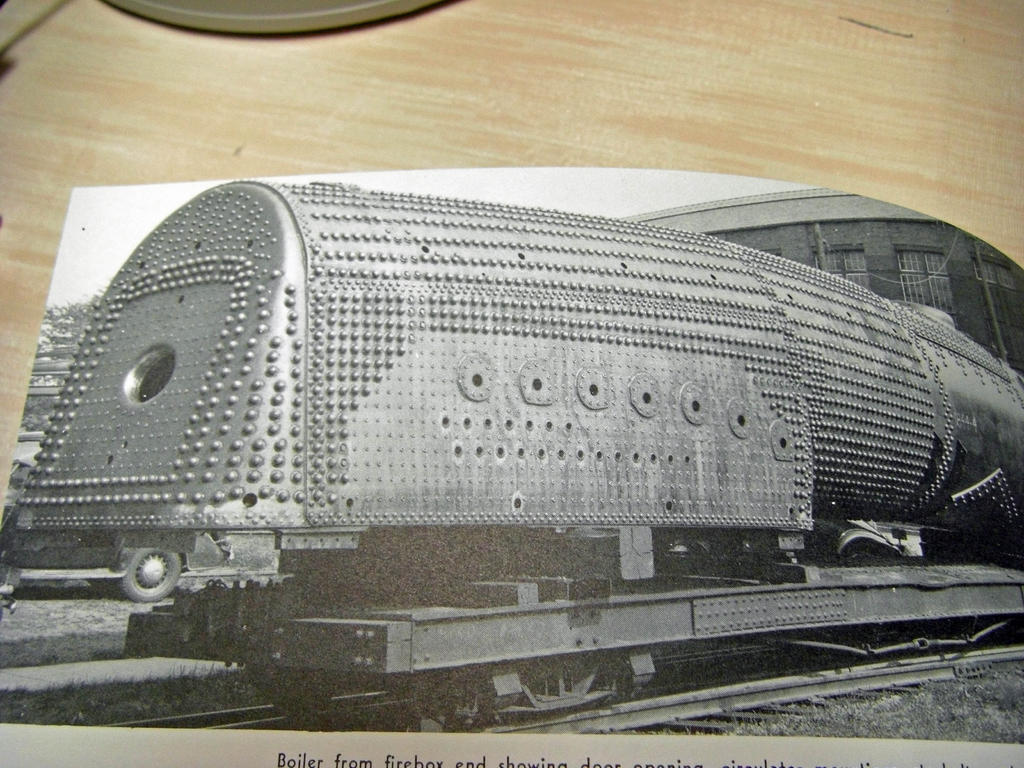 You could try using dupliverts or create one rivet, and then using the array modifier and the curve modifier, reproduce the rivet that way.

The rivets seem to have quite regular patterns. putting them there by hand will actually not be very hard at all. Just make sure you duplicate as many rivets as possible at a time.

I just had a similar problem and ended up using arrays and two shrinkwrap modifiers.
The first shrinkwrap for the vertex-group touching the main part and the second for the sticking out part with an offset.
You won’t get anywhere near accurate with this, though.

THanks
“using the array modifier and the curve modifier, reproduce the rivet that way.” and" shrinkwrap modifiers"
sadly i don’t know enough to use those.
i do remember that one could put a string of objects on a bezier curve. but don’t remember how!
then i would duplicate that several times.

I have attached a blend which demonstrates the method I would use to get the rivets.

thanks i will look at it right away

that is perfect!
how do i do that?
thanks again

2.5 has a top menu, it must just be an effect of the import.

It should be pretty clear if you have a look at the modifiers that have been applied to the rivet object.

This will give you one row of rivets. If you want to then add several rows of rivets, you then add another array modifier to the rivet object and adjust the relative offset and count values to suit.

thanks
i will see what happens in 2.49b

so far it just behaves crazily.
wot am i doin’ rong?
thanks 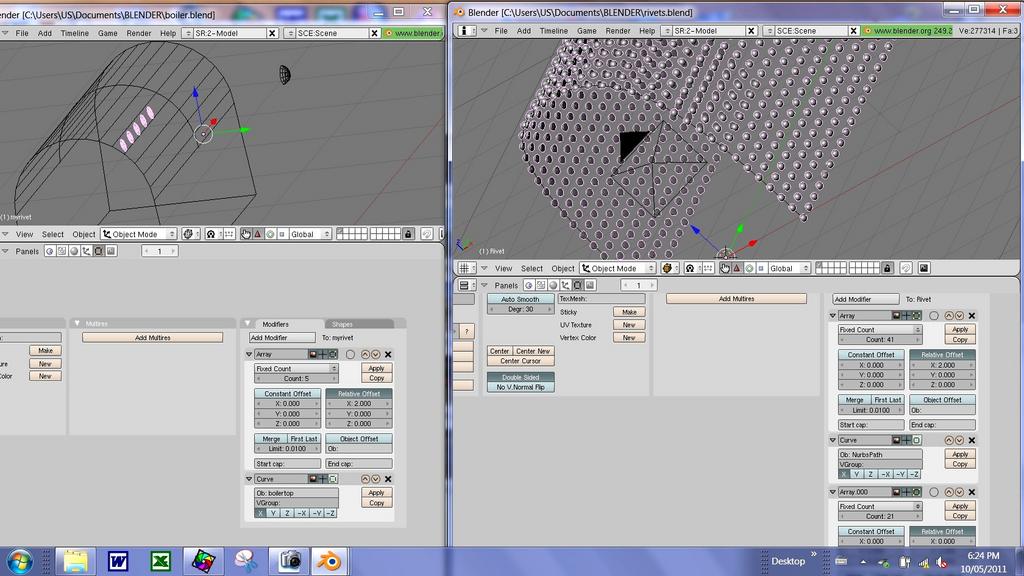 It has something to do with your curve. When I do it, I use a “path” type curve.

thanks
i think you used a nurbs - new to me