Very long story short. The navy declassified the deck plans of the aircraft carrier I used to live on. I’m gong to rebuild the ship in Blender because… I donno I a masochist like that?

The ship is made up of spaces, like rooms, and I would like to make each room it’s own object, so I can hide them and refer to them later (each room on a Navy ship has a unique identifier that would be awesome to refer to later.)

The problem is that, say you have two rooms joined by a single wall. I would like to have that wall shared between the two objects. This means if I hide all objects except for the room I want, I will have all 4 walls.

I can just make each room individually, with all 6 walls to each, but the I have to deal with unattractive z-fighting and it’s going to jack up my polygon count by a terrific amount. (However I will get double-sided polys in a junky kind of way.)

Any ideas or tips?

Oh forgot to add a screenie… here you go

It’s the Peak Tank, which is used for ballast at the front of the ship I’m working on the second tank behind the first now. 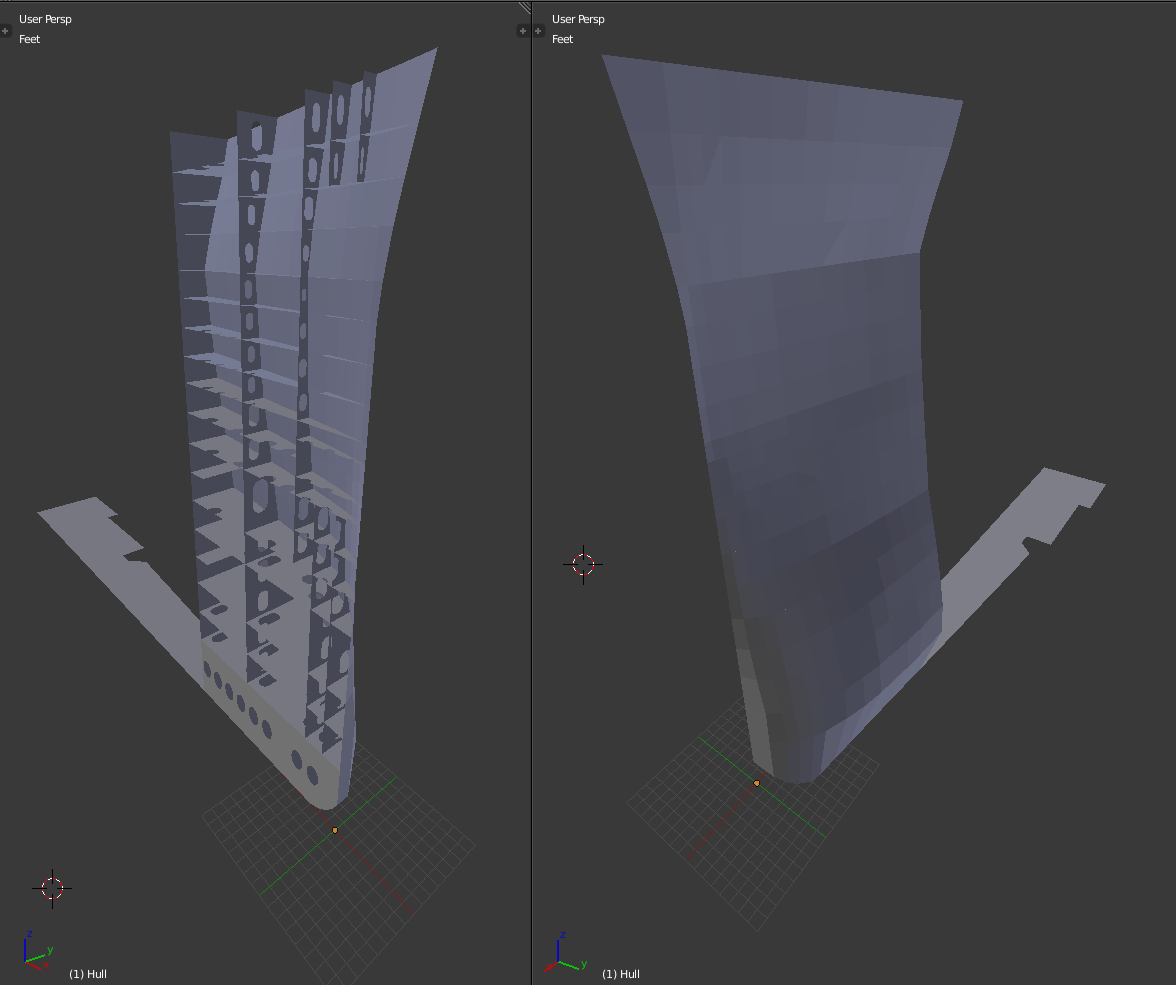