Hello everybody, this is a project that Iam working on for a quite longer time also with my schoolmate Patrick - programmer. The first idea was to create 2D game (with BMP Images rendered from Blender and work with C++, library Allegro and actually do the layer stuff. The game consisted of 100 images of characters,lands, nature,… ) and the works were continuing on this for about 5 months. Then we moved onto Unity 4 engine and started to work 3D. We finished 2nd in competition Junior Internet 2015 Slovakia with our mobile application. It was done in 20 days, so you can imagine how rough it was. Now we made better graphics, codes, quests and actually made the history of the world its name is Wahkan. Finally moved to Unity 5 when it was released.

Now I ve realised that I could post this here and welcome critics,ideas, consult problems,etc…

This character is called Oceanus, as the game does. Its main aspect of interest is the story and what i personally want to make pretty good - fight animations
Combat system idea:
Player: 4 buttons on touch screen that will appear, so the player can actually press them and block the opponents attack. The better the opponent the smaller the time you will have to to actually press them in directions - upper body, left, right, down.
Attack: Similiar attack system, just with that difference that NPCs can defend themselves by percentual chance. 40-90% chance of blocking your attack.

Question1: Is it possible to apply the animations I will do with one character onto the other one? I guess the bones will need to be of the same number and name, if so.

Working method on character: 1. Modeled
2.Textured
3. Created one material from more and created 1 image by baking it.
4. Do a proper weight paint
5. Work on animations of walking,running
6. Create other characters and if possible apply the animations on them.

We ve managed to run the game on my Huawei G300, with lags, and on my friends Note II with no problem - now.
Bugs were everywhere - just waiting when will a new one appear. 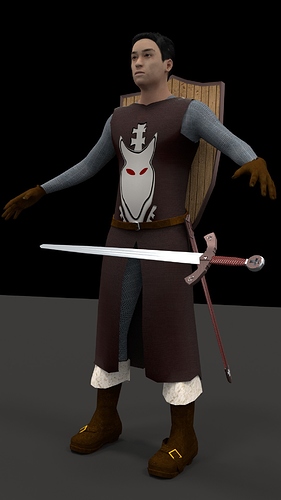 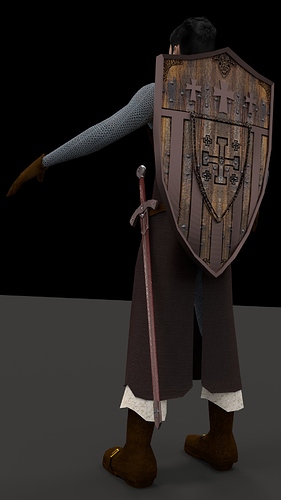 I think adding some scuffs and such to his texture would be a good move. But it looks like a good model. cheers!

I guess that I will have to do animation also for running with sword and shield and running without them. Or is it possible to do so more effitiently?
I know that I can use 2 constraints like Child of and then work with influencesm but will it work in Unity. I dont think so… 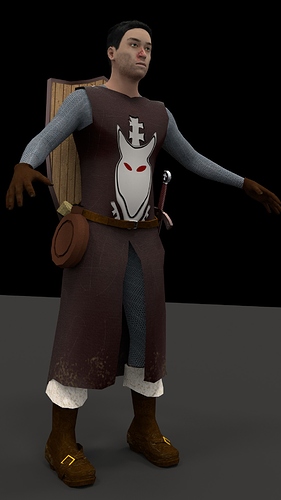 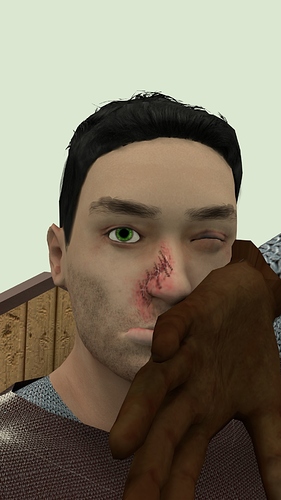 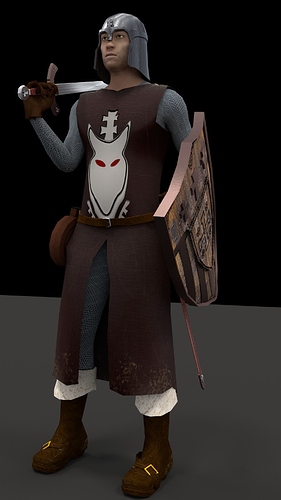