Anyone noticing Octane using a lot more VRAM than Cycles? Spending the better of 2 months trying to get it to work but it’s consistently failing renders due to out of memory CUDA errors for scenes half the size that I would render in Cycles on a 3090.

Even 64gb of RAM doesn’t seem to do anything for Out of Core rendering either.

why no using the standalone? In my experience it has mostly to do that Blender reserves a lot VRam and then Octane is added on top. If I use C4D and Octane the usage is much lower.

Can’t say about the VRAM usage, but concerning the Out of Core feature, I believe it only works with “Use RTX acceleration” turned off. 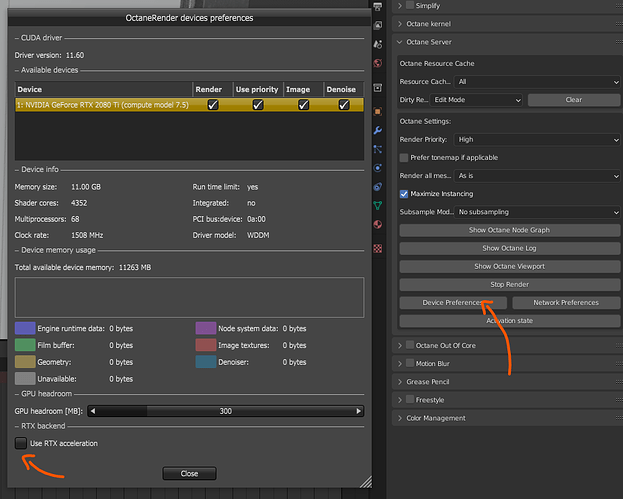 Another thing that helped me in the past with VRAM errors was decreasing the number of Parallel samples. The default is 32, if I’m not mistaken.

I think you might be right about OOC and RTX off, thanks.

I tried reducing parallel samples, and although it seems to have helped a bit I can’t say that this is the root of the problem. I believe Octane is having difficulty with hair and child particles in Blender. Anytime I have a hair system in the scene, which is almost every scene, Octane is seriously struggling compared to Cycles. Build times for the render take longer than it would for Cycles to build and finish rendering.

Where I could render 7+ characters at the same time in Cycles, Octane will max out at 3 as long as child particles are enabled.

I’ve spoken with support and looks like they’ve potentially identified some fixes specifically to hair and possibly particles. I’ll keep my fingers crossed as Octanes current state is unviable for my use case.

OctaneRender™ for Blender plugin. Windows, and Linux versions. The download links, provided on this page, are for Enterprise License Holders.

OctaneRender™ for Blender plugin. Windows, OSX (Metal), and Linux versions. The download links, provided on this page, are for Enterprise License Holders.

Thanks for the updates.

Is this still the right link for the latest free tier version, or should we use download links in one of the above-mentioned forum pages?

Where the F* is that thing now? I hope that i’m just overlooking it but I can’t find that setting now anywhere

Yes, the download links on the forum pages are for Enterprise and Studio users.

In the properties panel, under “Output Properties”, then in the “Output” block there is another block called “Octane Output”. In that block the setting for “Premultiplied Alpha” only appears if you choose a “File Type” of EXR. Hope that helps. 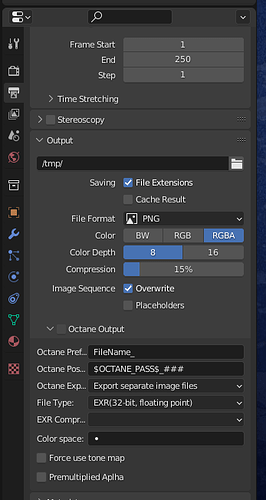 Thanks. So now it can only be used with octane output?

If you click Show Octane Viewport, the octane viewport never shows up and Octane Server crashes every time. 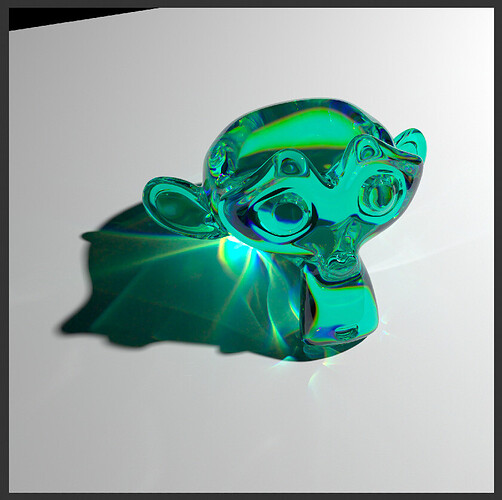 We’re happy to bring you XB2 of 2022.1. As before we had a lot of feedback from various channels and there are many fixes and improvements in this build. Unfortunately Brigade is not quite ready, but we are hoping it will be in time for XB3.

Please note the MacOS builds below will only work correctly on MacOS 12.3.1 and newer, and only on Apple GPUs.

As with all experimental builds, we advise to not use this release for production purposes. We are trying to, but we can’t guarantee that scenes saved with this version will be compatible in future releases.

I am a little disappointed Brigade is not quite ready

Yeah me too, but at least we have an ETA, maybe a couple of weeks?

XB3 is coming in a couple of weeks? that I didn’t know! I thought it won’t arrive for months…

For me the biggest disappointment is that Blenders current particle hair system and Octane just doesn’t seem to play nice together. Doing final lighting adjustments with 100% child hair visible in viewport creates up to 5 second delays before anything on screen is updated.

Without particle hair everything is incredibly fast and snappy.

Jules just commented on Brigades inclusion into Octane. It’s interesting in that I had the same impression as you, thinking that there were bits and pieces of Brigade included into Octane, but that the full inclusion hadn’t happened yet. I think that he was mostly talking about the experimental builds, and I don’t know how this affects the Blender plugin?

I am responsible for communicating our public roadmap, making the GTC videos, all of it, so if I can be doing this better, I’m always open to feedback.

Id do want to make sure you we are talking about the same things.

The Photon Tracer for example - is actually already working great in plugins like C4D. We have users like WREN from Corridor even making tuts for it, and we added volume caustics - which was not in any roadmap we shared before; in that case I feel we surpassed what we promised even months earlier.

Brigade, as it ran in the video you posted (and note it had noise, even if it was fast) actually shipped in Octane 4 - we made tons of examples showing what that did: the 10-100x speed up in the scene graph for example, and this was before RTX made this even faster by 3-5x. the only thing holding back 60 fps today are 1) DCCs themselves that can’t keep up with the scene graph and 2) the Octane CPU filmbuffer system (which is now back on GPU in 2022.1 XB2).

Brigade kernel is something new and distinct from the earlier work, and didn’t exist until 2020, and it is shipping in 2022.1 RC1, with all Octane features intact + temporal denoiser and real time options for DOF, fog, godrays and more. It doesn’t deviate from the core Octane spectral rendering pipeline, it builds on it, which is a big difference from many approaches to real time renderers (including early brigade kernel tests) which are split off or developed apart from the main production renderer, to cut features to get speed. That being said there is a place for those too, and adding RGB (non-spectral) Brigade kernel with some further optimizations, will be explored in the future. Also Brigade shipping in Octane as kernel (not a a whole new renderer) means we won’t need to change rendering state just access it - it will work in all DCC’s and in Unreal and Unity projects as well as in standalone of course.

Anime edge kernel is in a pretty good state as a render delegate (which we can then sideload in Octane core), but like polarization and some other roadmap features, I have put them further out because users have strongly voted on us shipping more urgent features ahead of this (including PPM caustics). You can do amazing things with the current toons shader, and the edges rendering is going to make that better. Right now, we have our work cut out for us on real time, meshlets and a long list of user requests that is the lifeblood of us supporting a very broad userbase.

Also, from an ecosystem perspective, we have added a ton of value around Octane for the $20 month that hasn’t changed price in four years: Embergen, Sculptron, Architron (formerly LW CAD), Kitbash 3D, GSG+ (for annual sale on BF) and soon World Creator 3. Also we have Mac, Blender and Unreal still free and we have supported that for years to grow the ecosystem.