Hey, ran into this rather odd problem when sculpting and can’t seem to get around it for the life of me. Basically, when applying a wood/pic texture when sculpting causes the 2nd and 4th quadrants to distort horribly. Anyone know a solution or if it’s a confirmed bug? I searched the forums but sadly couldn’t find anything. 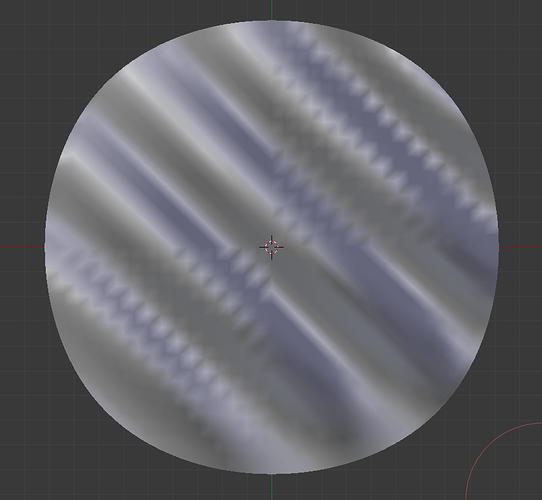 Also it’s possible this could just be a bug under Linux (I’m using Arch64 with Blender 2.66a). Never had any issues with it before though, and this seems like a rather odd thing to weird out about.

Thanks for any help you can give!

It’s not a bug, it’s because of the topology that is not friendly at all with where those lines are sculpted by the wood texture.
To see what i mean, go to object mode and set the shading to “Flat” then enable Wire display for that model Go back to sculpt mode and see : This is why you observe those ugly distorsions.

I think you would need to add at least 2 more multires levels, then add a triangulate modifier after the multires followed by a smooth modifier to smooth those angular parts

Ah ok, gotcha. Thanks! Kinda sucks you need to almost needlessly increase the vertex count though.