I don’t get it. What’s your point? That I should waste time, and therefore money, to re-create something someone has already created just to prove a point to a random guy on Blender forum?

If there was literally no way to properly export skeletal mesh animations from Blender to UE4, then I would seriously consider learning FBX SDK and making such addon myself. But it would take roughly 2 months to do that, including time spent learning all the skills I need. Which at my hourly rate would end up costing at very least $11,000. Instead I can pay $25 and have the same thing.

It makes sense to do such thing only if there’s a gap in the market no one has covered yet. Last year, I’ve found one. Unreal Engine 4 did not have any proper, usable and flexible enough scattering solution, and at the same time Epic was pushing UE4 more into ArchViz field, so I know a lot of people coming from offline DCCs will be seeking something to scatter with. I spent about 3 months total both learning C++ and making the plugin just so I could take advantage of that gap: 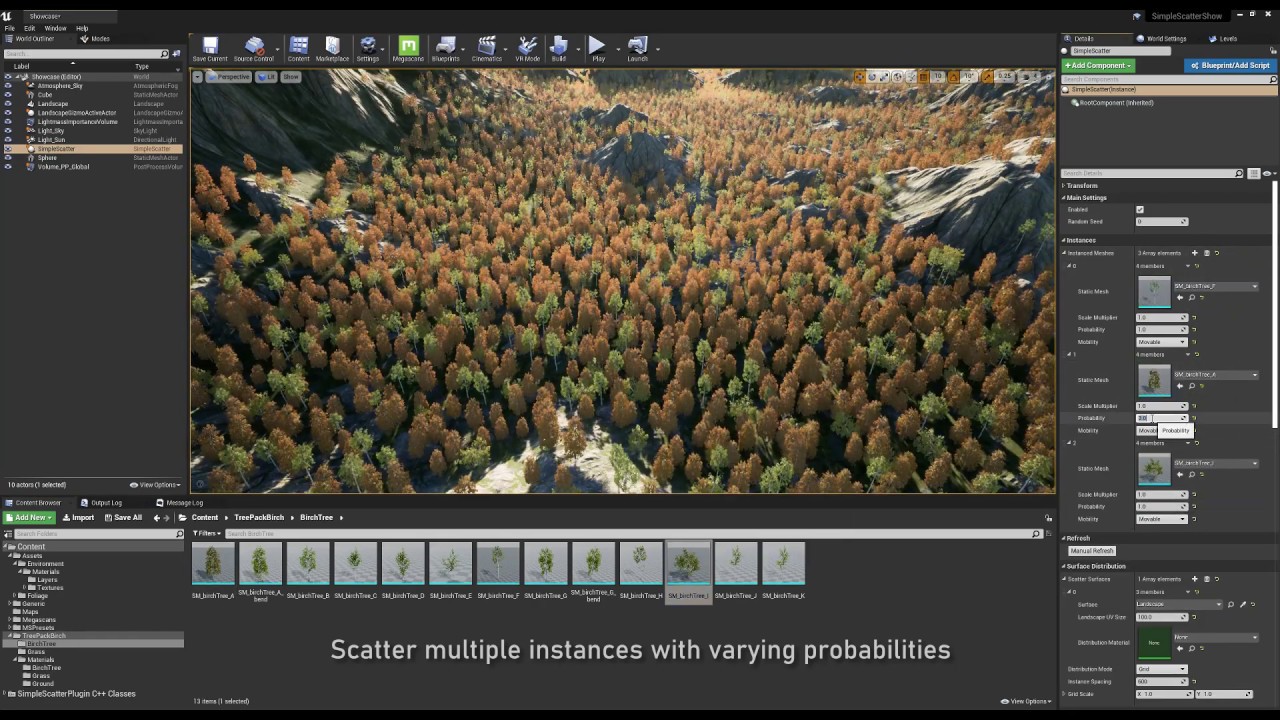 It ended up being fairly successful, and it’s almost done making enough money to pay for all the development time spent on it, which is great considering I got paid my hourly rate for something I wanted to do myself.

But plugins/addons are not made just to prove a point. So whatever strategy you are trying is not working.

This is not on Blender side I believe. Unreal’s GLTF importer still doesn’t support animation, so there’s really not much more to explore.

Ok, that was a short-lived mystery. Thanks!

That ue to rigify seems interesting. anyone knows if it works the other way around, rigify to ue4 directly? I mean to keep it mannequin compatible.
There are some options now to make “marketplace compatible” animations, like mr mannequin, autorig pro, but havein an official epic solution would be good.

The “Send to Unreal” and “Rigify to UE” plugins were released today.

You will need to link your Unreal Engine account to GitHub in order to see the repo on github.

Is there some trick to getting the link to work? I linked my accounts ,but still showing page not found.

getting the link to work? I linked my accounts ,but still showing page not found.

Link your GitHub with your epic games account and check your email. Did you get a confirmation email? Did You accept invitation on github to Epic Group?

Where do I find this? Unreal Engine is the world’s most open and advanced real-time 3D creation platform for photoreal visuals and immersive experiences.

Edit:
OK, it was in spam folder. Link now works.

There has been a recent announcement page.

Did someone checked if there was big improvements about the plugin ?