Oh No Were Running Out of Time

So, I dont know if anyone saw my post a couple months ago, about the Ontario Tech Skills Competition. http://blenderartists.org/forum/showthread.php?t=151800
It was a couple days ago, 3D Character Animation, and I didnt do so well, but it was definetly a great experience. It was supposed to be teams of 2, but my partner didn’t show up, apparently he couldn’t get off work. I’m proud I got something rendered tho, and I’ll definetly do bettter next time =]
The theme was “Oh No Were Running Out of Time”, and we were given from 9 30 - 4 30 for production time but i gave up at 3, and rendered what I had done. Here’s what I produced, I’m a little embaressed to show it, but I want to continue working on it some more.
http://vimeo.com/4554140 (just uploaded, still converting)
My storyboard idea was to have a robot, wake up in a sleep type chamber, and then he glances at his clock, and its ticking down, suddenly the mood gets very intense and he’s jumping out the window, flying through the air. As he lands on top of another building and runs downstairs, he’s relieved when he makes it to class on time.
Around 2 30 i realized I didn’t exactly have much time left, so I decided to just have the robot running outside, while a blinking self destruct sign flies through. And as he flies off the building explodes, however I couldnt figure out the explode modifer, so I tried to use a growing cube, with a quickly painted fire texture on it, but for some reason it didnt show up in colour >.<.
I’m basically going to redo the whole scene I think, and give my robot some more character, I think I’m going to stick with the destructing building idea tho. and just spend more time on the whole thing. and of course fix the typo, and add the ticking clock. 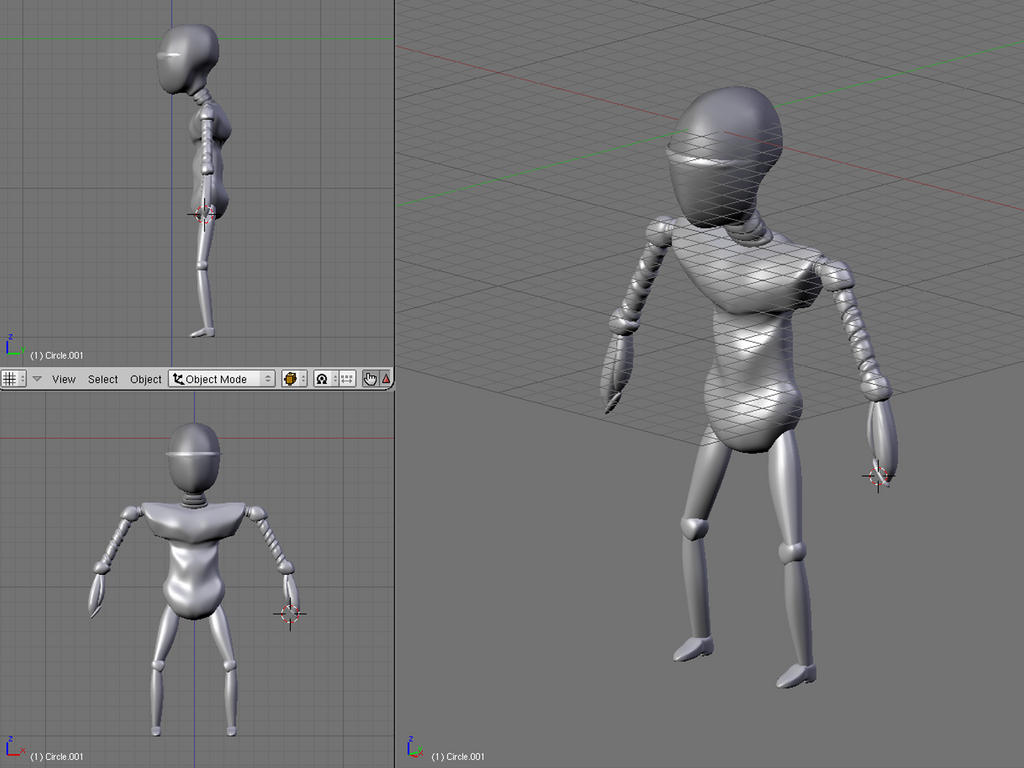 It looks pretty good except for the mid section. It doesn’t look very robot like. Maybe make it more like the circular pattern on the arms. Right now it looks too organic. I like the way the hands look. Keep up the good work.