Atm, I try to get my feet into texturing regular patterns on non-trivial objects. The sculpting is mainly finished. Now I struggle on its skin texture pattern. Its skins relief should look like a Komodo Dragons skin.

There is a honey-comb like pattern for texture painting. Using blender texture nodes to distort it (bend, rotate,scale, etc), to get a bit variation.

The problem …
I do not know how to get an even distribution of skin scales over the model. Only one patch at a time could be painted. And often, neighbouring patches are not compatible in their pattern offset/scale/rotation. I tried to resolve this using transparent brush. This makes patterns overlap.

Do you have an idea how to achieve it? I would love to share some ideas and inspiration.

Thank you for reading. 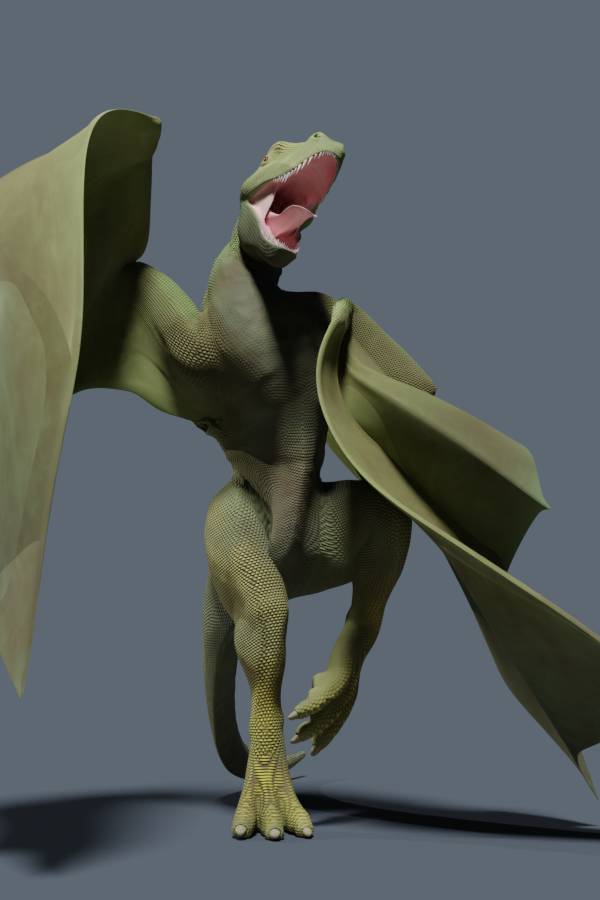 I would guess a displacement map is probably the best way to go
Here’s a link that you might be able to use:

Hi Peaceful.Whale
The hex pattern for the brush is made that way. Sculpted in Blender. Using simple OSL-Shader which renders to a heigh map, and an ortographic camera.

Once there are pattern brushes, they need to be distributed over the dragon, to get a continuous and clean skin relief. One could paint large flat areas with brush textures easily. Spheres or donuts are easy. More complicated models are challenging.

For different areas (legs, chest, head, neck, … ) I tried to paint one patch at a time. Ending up with patches I have to unify to a single clean skin.
Not sure how to do.

Mh … probably there is no simple solution. But I found a name for it … tessellation.

Every texture erased and created new ones. I guess I wont get rid of these patches, but I can try to limit their impact. 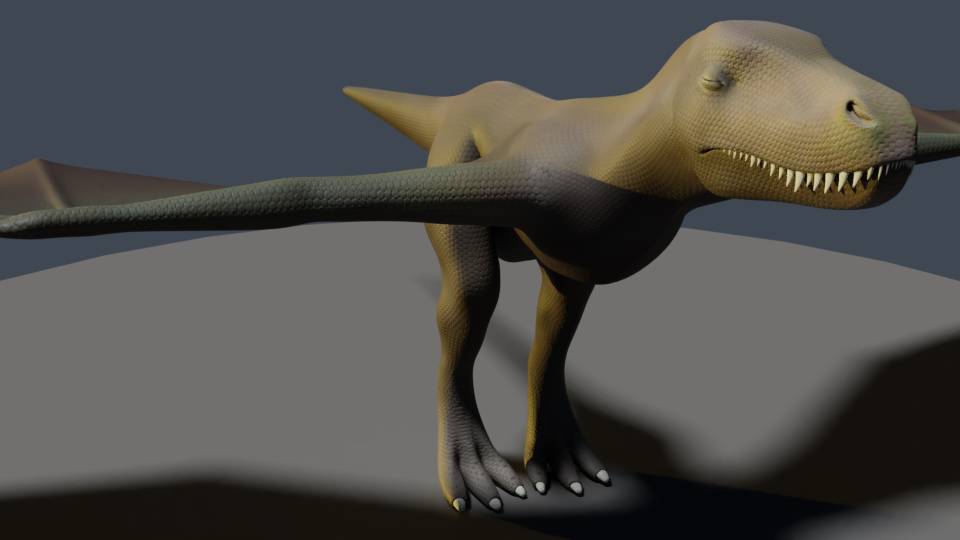 I am not really a material/texture artist, feedback welcome.

The mouth needed some love. 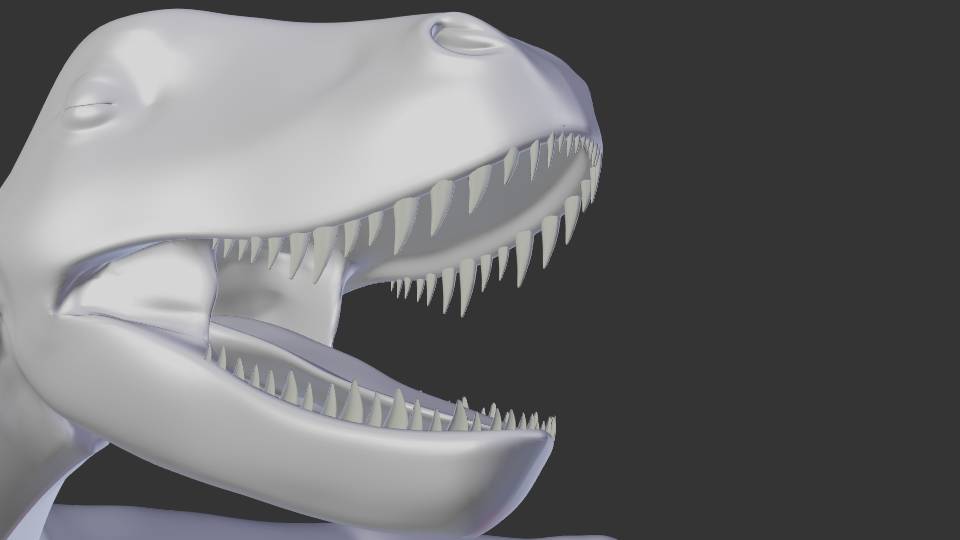 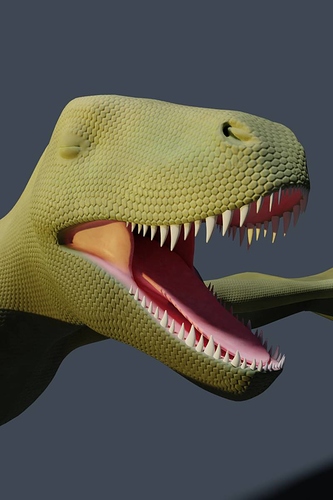 For creatures, it’s actually best to use hand painted textures for specific patterns such as scales (you can also speed up the process in texture paint mode by checking the symmetry option).

You can even load up a tiling scale pattern and use it as a stencil during painting as well.

This is how I try it. There is a tilable scale brush. With texture nodes its turned, stretched, warped, to get more Variation. Texture nodes enabled me to make the pattern follow topology much better.

There are still areas where patterns overlap. Its really difficult to get rid of the ‘tessellation artifacts’.

Tried to resolve this by using sharp brush curves, and high brush strength, avoiding blending. This helped me to get better results.
Large offset/scale/rotation differences have to be avoided, to prevent worst tessellation artifacts.

I rather do not need help on how to use Blender. But it is interesting to share ideas on how to resolve the tessellation problem. 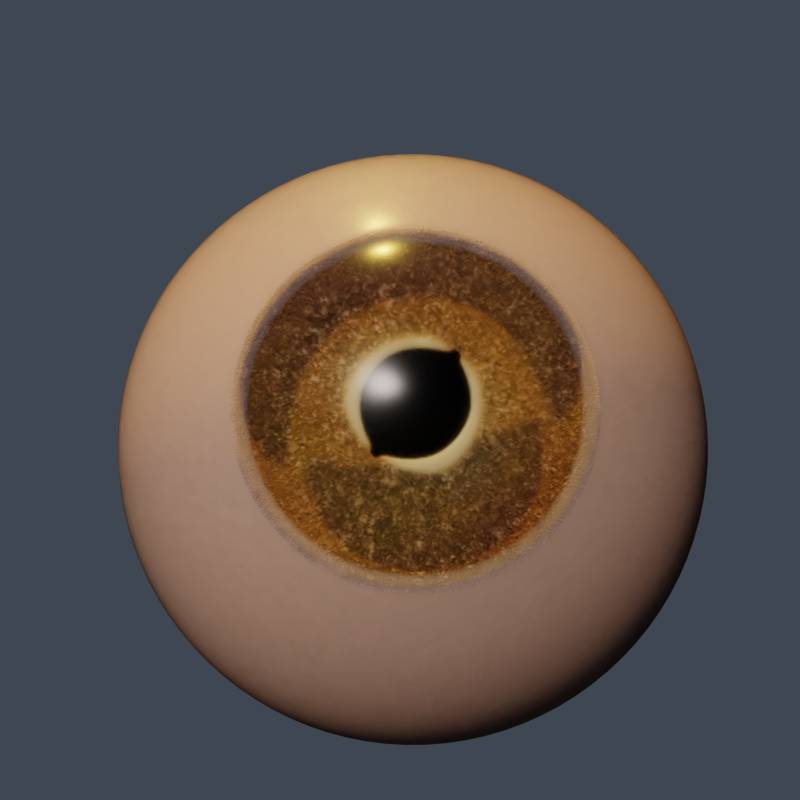 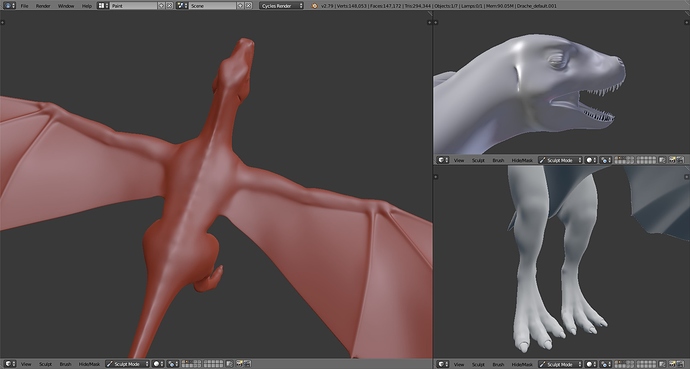 He is looking like a super hero dragon. The scales look like that hexagon pattern that you see on super heroes in the movies and not like the scales of a dragon.

The hexagon pattern is inspired by komodo lizards. 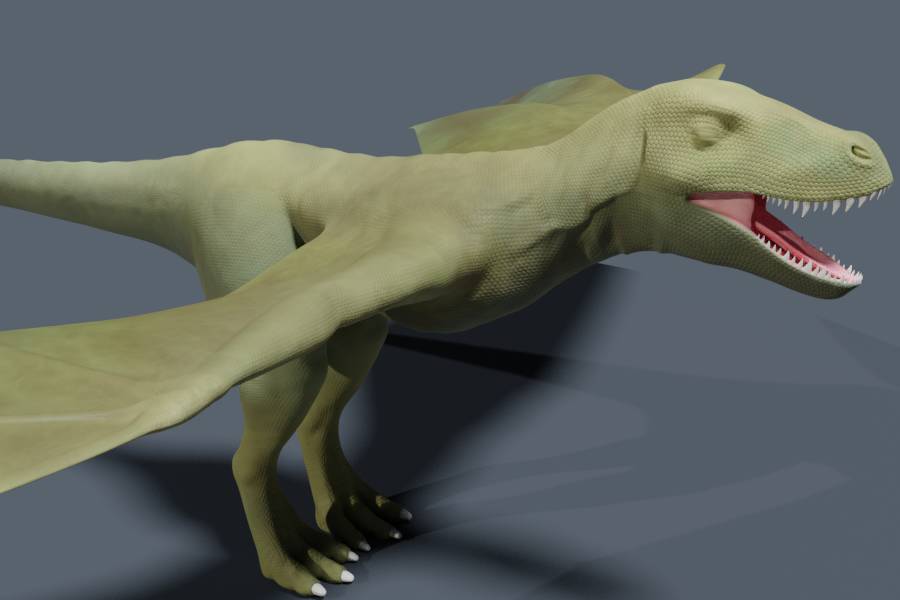 But the skin pattern looks still like “computer render” on close renders. Needs to be changed.

The hexagon pattern is inspired by komodo lizards

That’s not the issue…pay more attention to your komodo references and you will notice that some scale look big, some small, some are very hexagonal , others close to square some more like irregular deformed hexagons e.t.c. You’ve got to get that variation in there to make it look organic if your scale pattern is too samey then it will feel artificial which is what me and Ace noticed.

Thank you for the feedback. It is true, the skin pattern looks artificial, and its height shape is the same around the body. On komodo lizards, there is more variation. And height shape of skin pattern varies.

There is a workflow I use to get hex pattern. First I modelled the pattern … 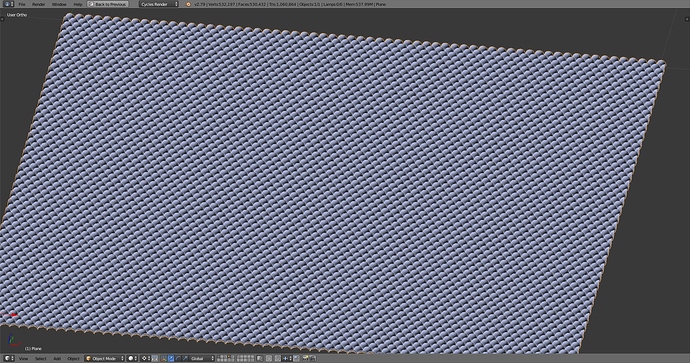 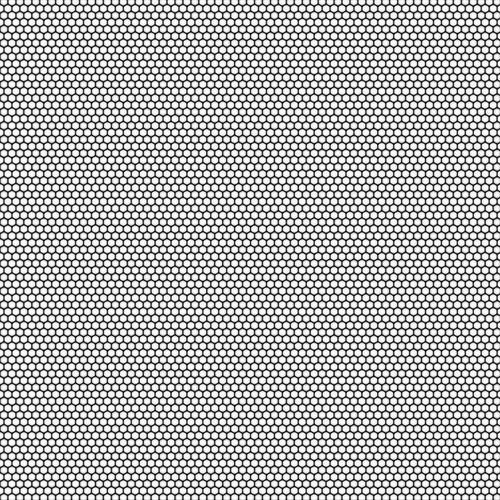 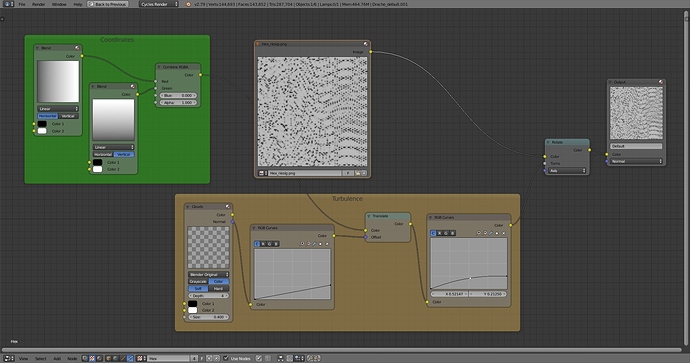 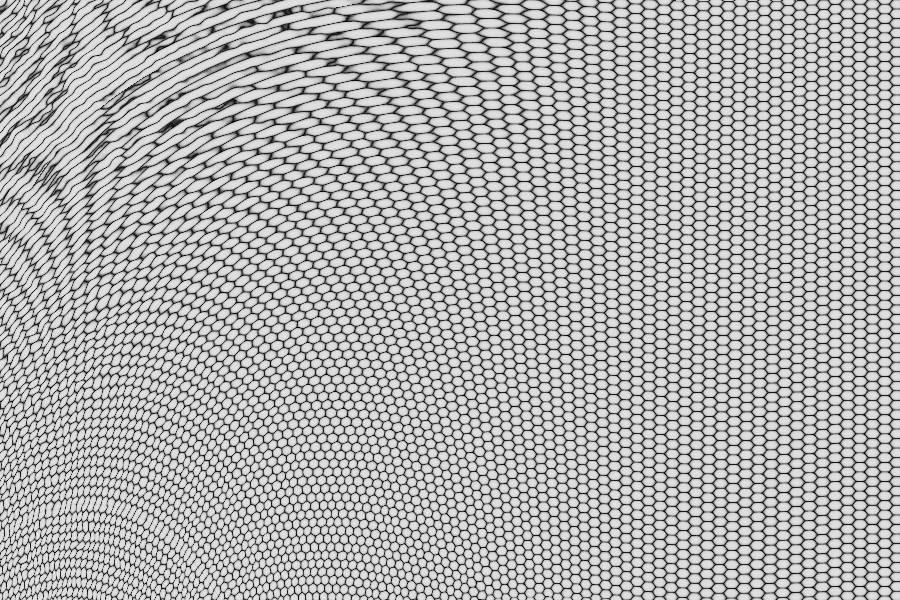 There is another thing …
do you know how to get opacity down of that stencil plane?!
I get into serious problems, because I barely see anything useful, painting with high brush strength. 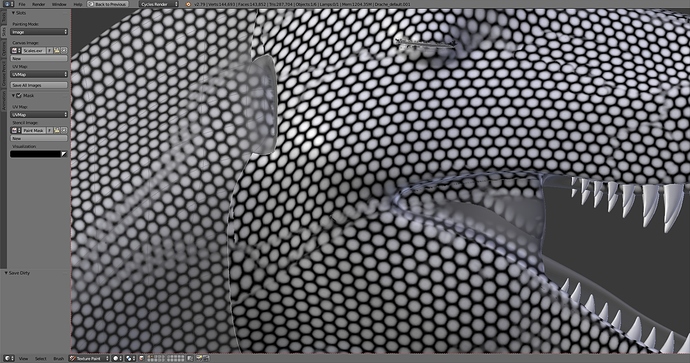 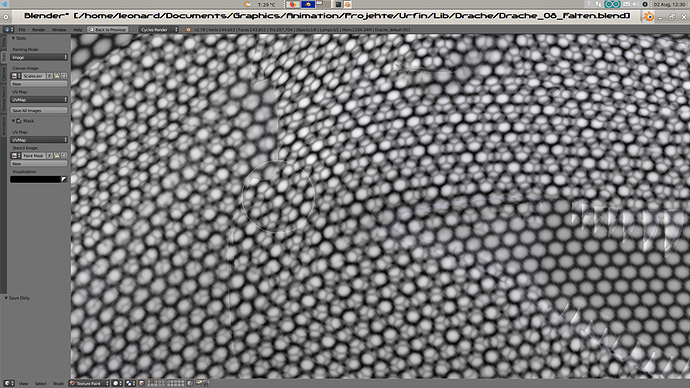 (Edit … I found it. Comment helped. Its hidden in the options tab. )

Hi,
Why do you over-complicate your job with textures ?
Just sculpt the scales in high-poly, with that you bake a normal map of which you could make a curvature map to play with you color map.
I can detail if you want.
Have fun !

Honestly, I repainted the texture several times. Now, it seems to work, do not like to drop it now.

Lowering opacity of the stencil plane helped. That thing covered everything and drove me coconuts. 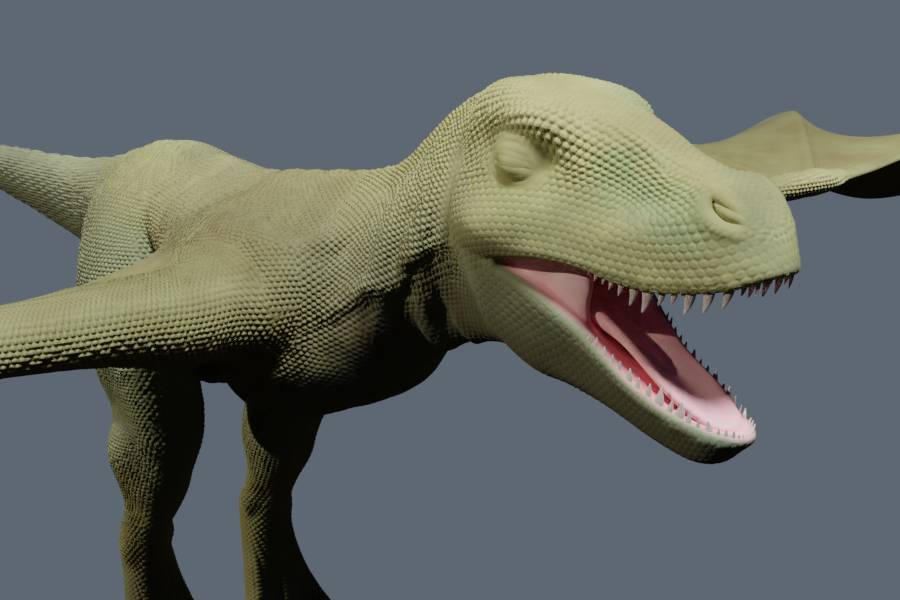 Nibbling on a sculpt for a cave since a while. Mostly dynamic sculpt. Trying node based texture brushes atm. 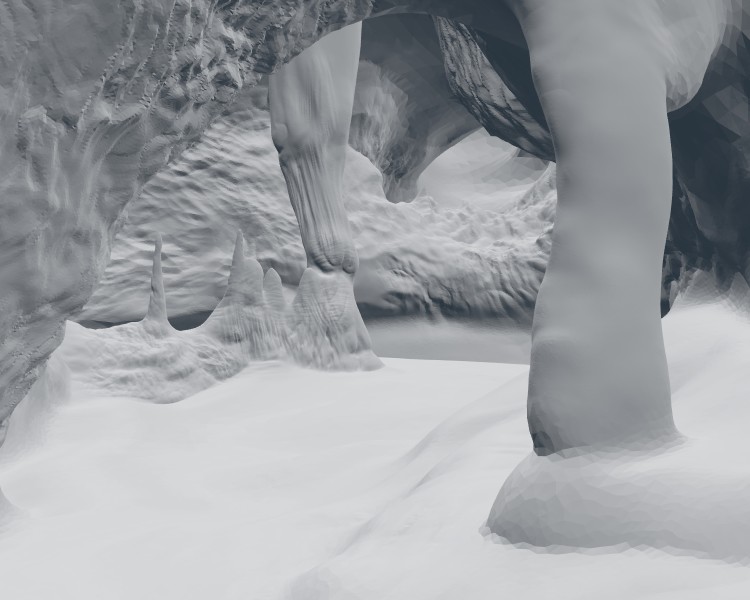 Its the place, where Elli, Charlie, Lion and Kagi-Karr meet Oicho. 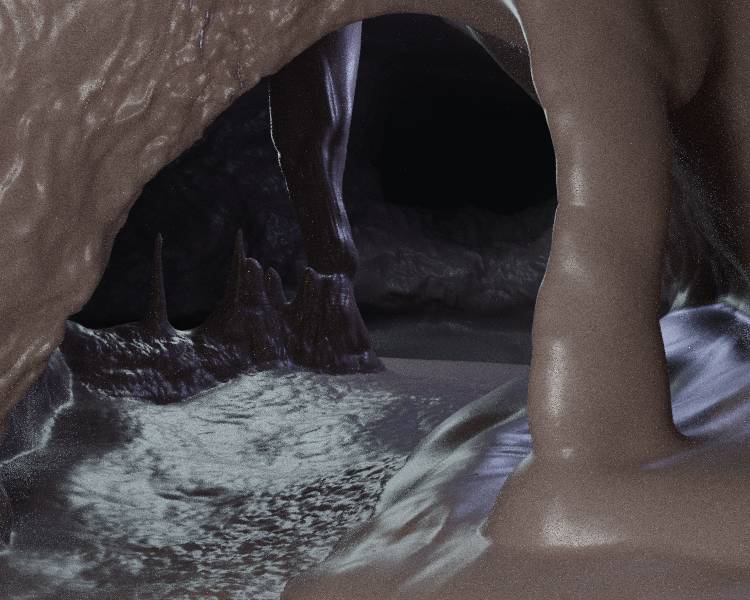 The one thing that sticks out in the cave is that the column in the center of the image seems to have a funky crease about two thirds of the way down. I’ve been to many caves and such formations are usually a little smoother.