i have become very irritated with this project mostly because of my render times but also because of my knowledge of blender itself im not calling this finished but im not ecxactly going to continue with the project eather. I know there are a few problems with it i have fixed most of the ones i have scene… anyway crits would be nice,something doesnt look quite right 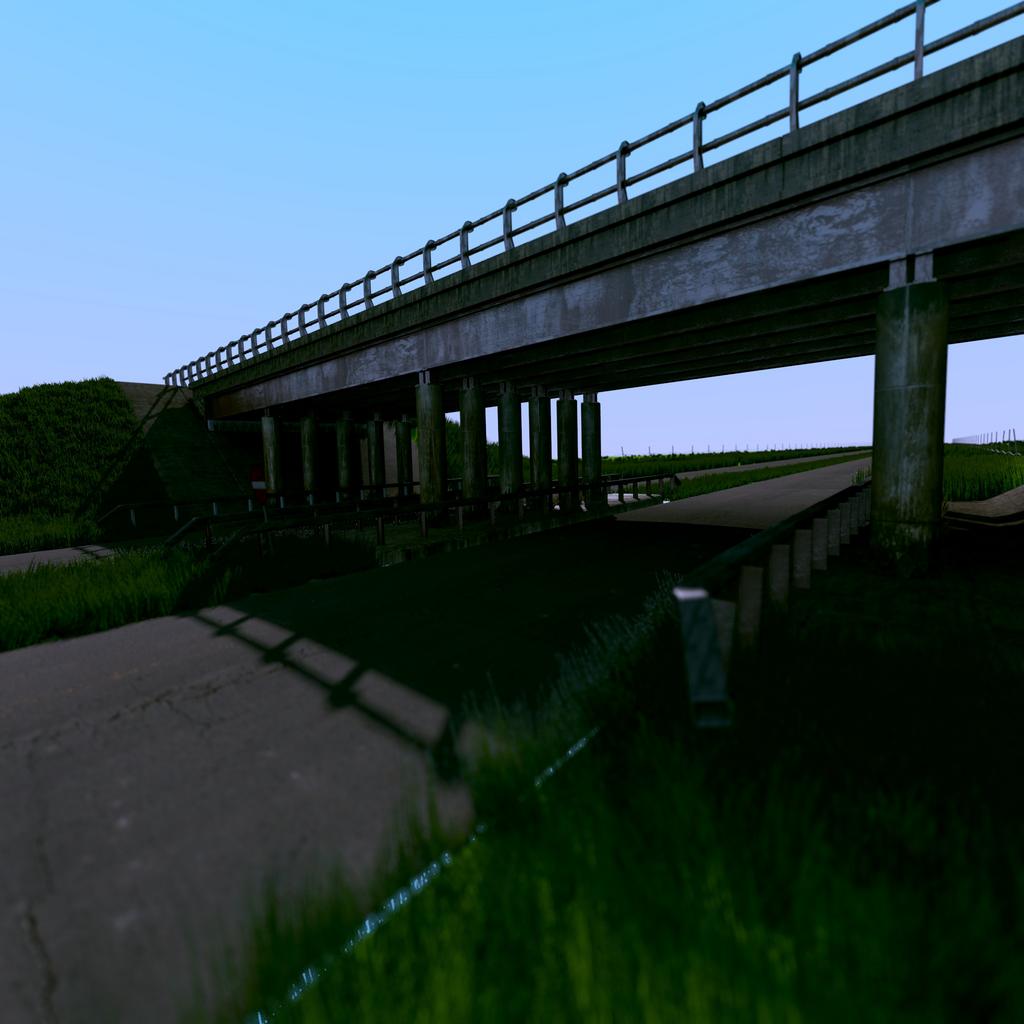 SORRY BUT THIS ART WORK IS NOT UPTO THE MARK .Its looking very artificial.

i understand that I was looking for some feed back. thx

there’s something about it that makes it look quite unrealistic
to me it seems the mostly dark grey colors and the very hard, dark green grass which isn’t a really good combination
try to play some more with the colors
also try to add something in the background like trees or something
modelling wise it looks good

lighting and needs a lot of work on the spec and probably bump maps too. There is almost only diffuse texture here, and that is why it looks so wrong

Two notes, first use an actual image texture for the sky texture and secondly increase the DOF, the grass at near the camera is far to blurry.

Yeah, use an actual image for the sky, and enable environment lighting and set the colour to Sky Texture, that will give you some good coloured lighting, but you also need to readjust the sun lamp to match the light in your sky texture nd make sure your lamp is yellow-ish. Right now, its just too dark and the sky is too bright so it looks weird, like an evening scene with a noon sky.

You’re taking on a very challenging shot here, and it is taking too much time to render. So, here is how I would address both problems at once.

First and foremost, use compositing. Isolate the major components of the picture, and, separately, the effects which they create. For example:

Okay, so you’ve got all that? Whew! Now the fun begins: putting all of those pieces (each one saved separately in a clearly-labeled, MultiLayer-format file with every output you can possibly think of turned on, right??) together.

To produce a “wonderfully convincing” result, you’re gonna completely fake the shot. For example, since you probably can’t get the lighting on both the top and the underside of the bridge just-right at the same time (and, you don’t need to!), you’ll mix the two illuminations together, bearing in mind that you need to tint the underside-light so that it plausibly appears to have originated from where, in the real world, it would have … bounced-light from the pavement. Now, you have complete control on the balance, and you can do it in real time. (“Node grouping” will save your bacon here, so that you can focus your attention on one group of nodes at a time in what would otherwise be a rat’s nest of boxes and lines.)

You assemble the entire shot this way, one element at a time. As you do so, you make heavy use of the various color-measurement tools that are now available in Blender: histogram, chroma-scope, and so on. Don’t trust your eyes: measure it.

(It goes without saying that you’re doing all of this in Blender 2.5x, with “color management” turned on … right? Of course.)

The key to this technique is that all of your components need to be (a) isolated, and (b) pristine. It takes a lot of work and a lot of planning. The individual renders take a bit of time, but because they are much simpler now, not that much time.

“Replicating the actual physics,” e.g. with gawd-help-us ray tracing, would burn weeks of computer time trying to come up with yet-another unsatisfactory result. Hence, to quote Alfred Hitchcock (when speaking to Ingrid Bergman…), “Ingrid, fake it.”

I set up the project by putting each model in a separate linked library, with materials and textures and basic lighting-rig groups likewise linked, and a separate blend-file (linked to the foregoing) to produce each component part. Then, a final blend in which to do the tweaking, and a “final final” blend to take that output file (in MultiLayer, of course) and generate whatever final-print is going to wind up in The Gallery.