I tried out Yafaray for the first time today, overall i can say that it gets nice results at relatively small render times.
I set up a small scene, for testing purposes only, and ended up with this Stone Tower.
Overall i like the image, although its not perfect, since its not telling a story (at least no intended one) and has some flaws, but hey. The stones on the wall are all modelled. 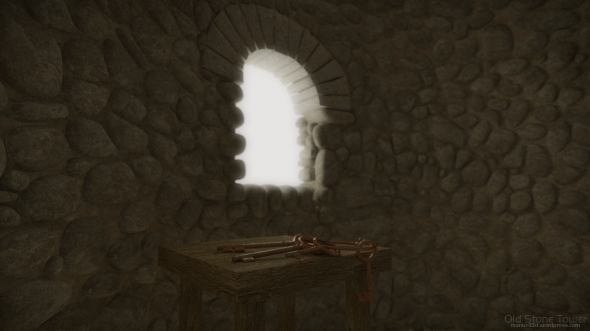 I love your render of the stone tower, it looks very detailed and that it took along time to complete. I think the lighting for the still image above is brilliant. Overall I would give it 5 stars out of 5.

I am an amateur film maker and I am currently working on a live action feature length film with some special effects scenes using blender and I have to say this has just given me some inspiration for one of my scenes as my film is set in a fantasy medieval period.