I am recreating an old uniform. I have already done the clothes in Marvelous Designer and plan to make all cloth sim in Blender.

The uniform has cord epaulets on the shoulders, which should shrink when character raises his arms.

The question is that I am not very sure about how to do it. If they were either fully rigid or made of fabric, I would just pin them to the jacket, but part of the epaulet (the spiral) is rigid and the other part (the twisted cord) is more flexible.

I have already modelled the epaulet in Blender and tried to rig it. First time shrinkwrapped to a deactivated fabric epaulet, and it distorted the geometry. Second time with a mesh deform modifier which would be driven by character armature and… well, I just lost myself.

Now I’m trying to deform the epaulet at the most extreme position,create a simple bone for the epaulet, attached to character armature, and then store it as a shape key, so that the arms movement drives the shape key deformation and the epaulet works as a collision object for clothsim, but no success so far.

(BTW, I’m not exactly new to Blender, but not an expert either) 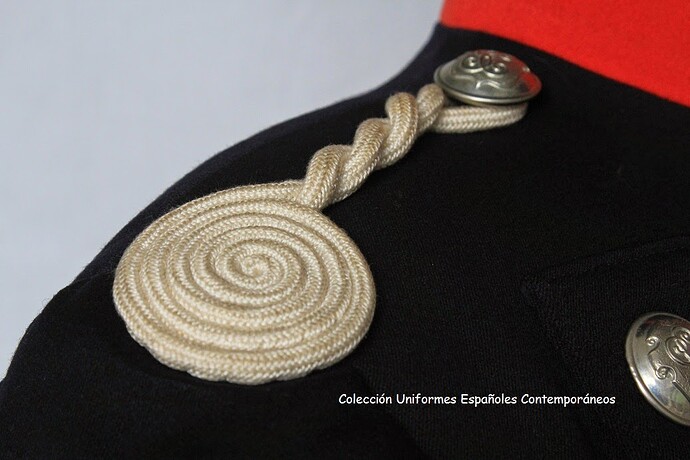