Is there an online browser version of Blender? I ask because I have an old laptop and I don’t want to spend $2000 to get a new one. If I could get all the functionality of Blender without having to download it onto my laptop that would be awesome.

I am hoping it exists.

Hmmm… you probably want to use these 2000 to buy a laptop.

There was the nimble collective years ago, but AFAIK they were acquired by amazon recently and now they offer the services for a “per hour” usage and i think there’s a minimun number of virtual machines to be used, since is not offered to final users, but to studios. But you can always ask them or request more info from them https://aws.amazon.com/en/nimble-studio/faqs/

There is www.offidocs.com , but it was quite slow back then, and they offer Blender 2.8x only. you can try their free version, and i believe they charge monthly for the no-ad experience. You can try there.

There’s also https://www.rollapp.com/app/blender but is a pay-only site, and the version offered is quite old. Can’t say how well it works, tho. 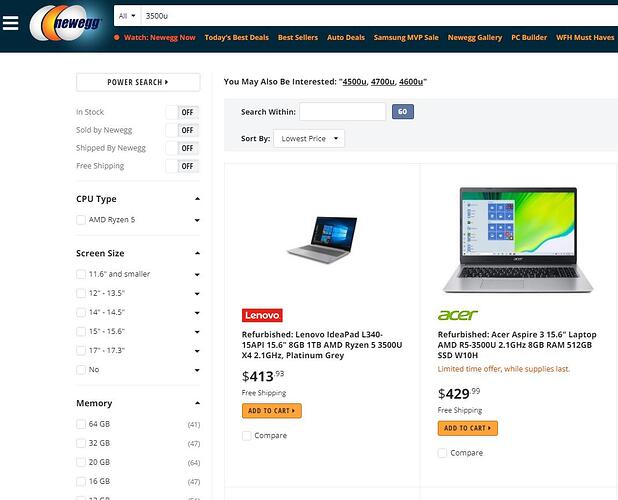 and it is enough to do many tasks…

Hi! Sooo… this is my first blender project (i have general experience in 3D though). I was working on this one during my study of this awesome software. Well, it served its purpose, now i know blender much better. ) This is cute symbiosis of human bones and machinery used for police work in some weird society. It is never too late to join the police force. ) I was’t thought much of a design (although for every detail i had a purpose in my mind). As i mentioned, this project was more like blen…

author done this work on “3GB RAM with ancient AMD Athlon II X3, no GPU” - this is a quote

the point is the desire to work - and not that something is missing. If there is no desire - there not help 2000$ laptop. If there are passion then even enough "3GB RAM with ancient AMD Athlon II X3, no GPU" 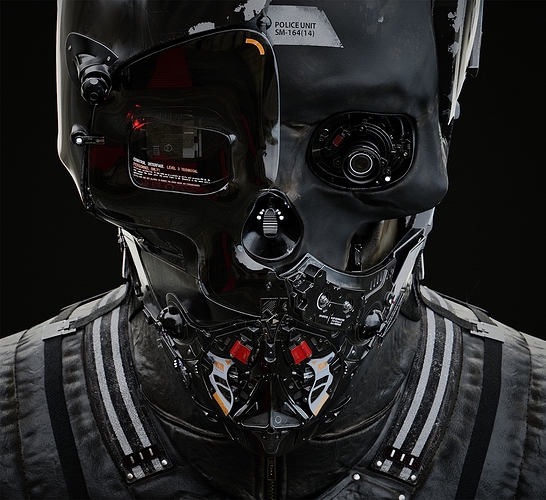 You are right, but to be a little fair to the OP, your example shows the work done with Blender 2.7x series. For 2.7x series, 3GB RAM and any Videochip from 2004 (OpenGL 1.4) was quite a beefy machine back then. The 2.8 series and upward basically rised the minimum requirements to be quite high (2GB VRAM minimum, openGL 3.0 class VideoCard.) and although Blender 2.8x+ would run on that machine, probably will be kinda slow and soon would be limited in what it can do. Also, you can’t assume everyone is from the US

For the OP, a better choice nowadays (for Blender 2.8x++) can be laptops with an Ryzen 5500u or an Intel 11th gen for laptops, if you are from the US/Canada, you can find those in newegg in the range of US600-800 new and refurbrished (as an example, this will setup you back less than US650 (assuming you live in the US) and will be usefull for Blender and any 2D setup you need for. Maybe i would debotnet windows 10 and remove all the UWP crap to make the machine faster, but it would be allright for most Blender work . Other countries probably want to multiply these values by around 2.0-2.5 to have the regional pricing, depending on country/continent basis.

You are right, but to be a little fair to the OP, your example shows the work done with Blender 2.7x series.

no one not stopping from using 2.7 version if laptop of topicstarter is very old
and my example show and this aspect to - or this human want to do ART or NOT. if want then even enough “3GB RAM with ancient AMD Athlon II X3, no GPU”

The 2.8 series and upward basically rised the minimum requirements to be quite high (2GB VRAM minimum, openGL 3.0 class VideoCard.

this is i would say “official info / requirements with reserve”
i my self tested 2.93 on dual core E5200 + GTS 450 1gb vram(gpu from 2010y https://www.techpowerup.com/gpu-specs/geforce-gts-450.c1778 )
and blender 2.9x works FAST on this hardware! If we keep in mind from what years this hardware blender is miracle from this point of view.

Also, you can’t assume everyone is from the US

yes, i myself literally from opposite side of globe and in my country notebook with such hardware (ryzen 3500u) cost almost same price (little bit higher)

Until then is even enough to do amazing works “3GB RAM with ancient AMD Athlon II X3, no GPU”